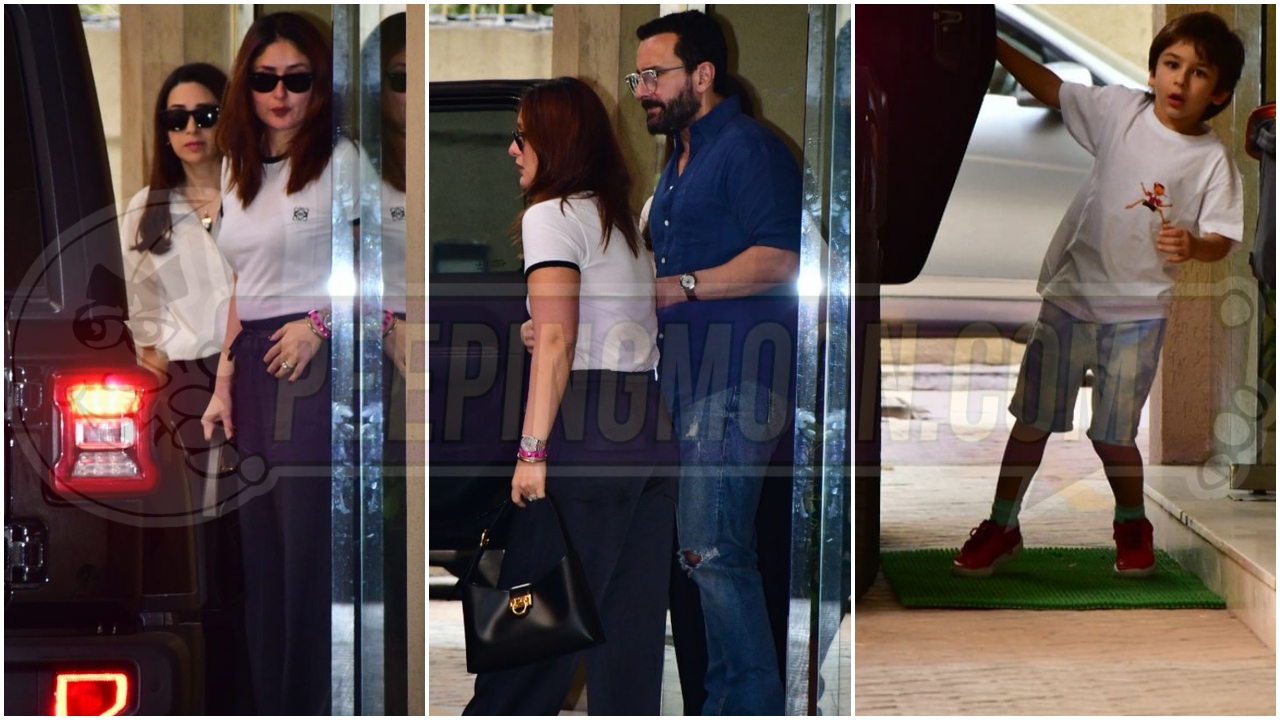 The Kapoor family reunited today at Alia Bhatt and Ranbir Kapoor's residence to meet their 2 months old daughter Raha Kapoor. A day before, the couple and Neetu Kapoor invited paparazzi home to show them exclusive pictures of their little one.

Kareena Kapoor Khan, Saif Ali Khan and Taimur Ali Khan went to meet Raha, reportedly for the first time since her birth. The actress was dressed in flared pants and a basic white T-shirt. Saif wore a blue shirt and jeans. Taimur kept it casual.

Karisma Kapoor was also at Ranbir and Alia's residence.

Raha was born to Ranbir and Alia on November 6, 2022. During a get-together with the paparazzi on Saturday afternoon, the new parents in town requested them to not click her pictures at least till she's 2 years old. They promised to introduce her in public at the right time.