The Indian television industry grabbed attention in 2021. While some celebrities found their life partners, some made the most of the lockdown to spend adequate time with their loved ones to strengthen their relationship. On one hand, actors painted the town red with their real-life romance and chemistry, reel-life pairs of daily soaps kept the audience busy.

Now, as 2021 is coming to an end, let's meet all the on-screen and off-screen couples who made headlines. From Eijaz Khan-Pavitra Punia's real-life romance to Anupamaa-Anuj Kapadia's closeness, here are the best jodis of television.

Pavitra Punia and Eijaz Khan found love in each other in the most unlikely situation and place. They developed feelings for each other inside the Bigg Boss 14 house and since then, they are going strong. From attending parties to vacationing together, PaviJaz painted the town red in 2021. Very soon, they are expected to tie the knot. 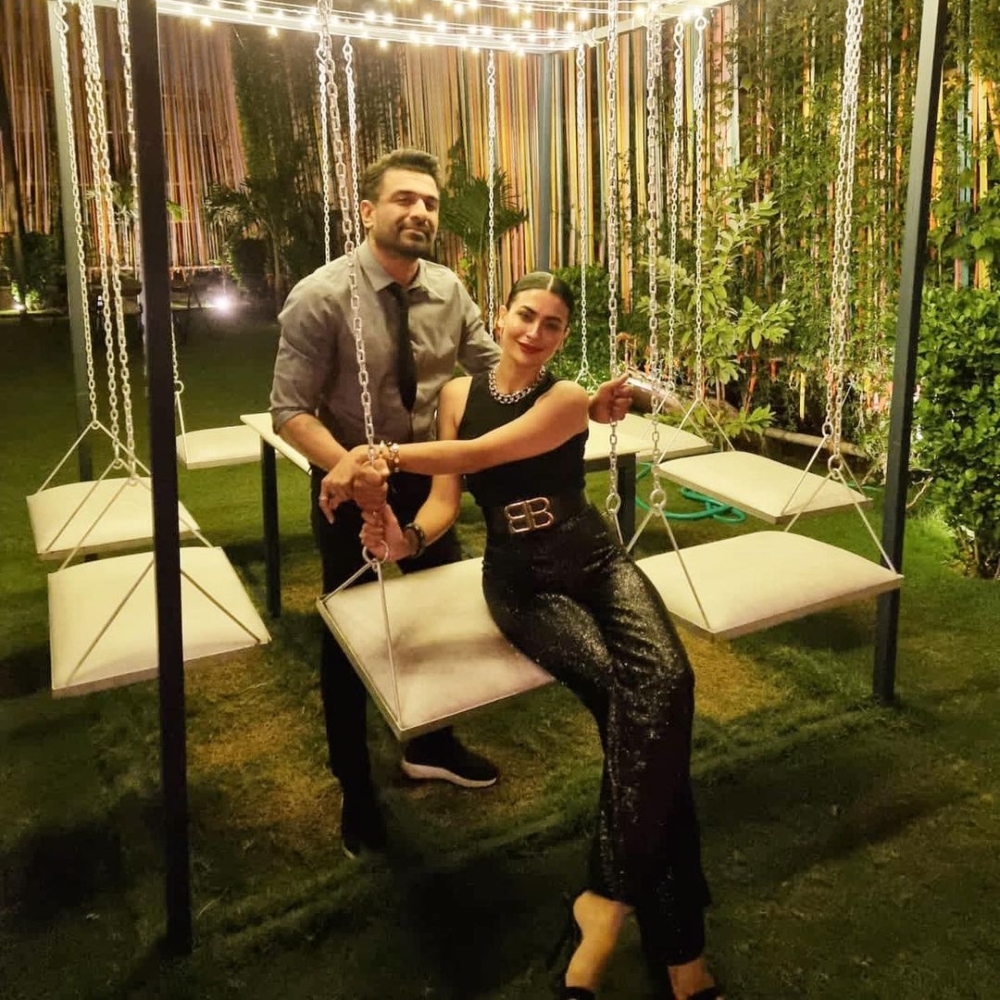 Jasmin Bhasin and Aly Goni started off as best friends. They realised their feelings for each other on Bigg Boss 14. After the show ended, JasLy are often seen enjoying dinners, partying together and even spending time in Jammu at the actor's residence. Aly's family is fond of Jasmin and she shares a great bond with them too. 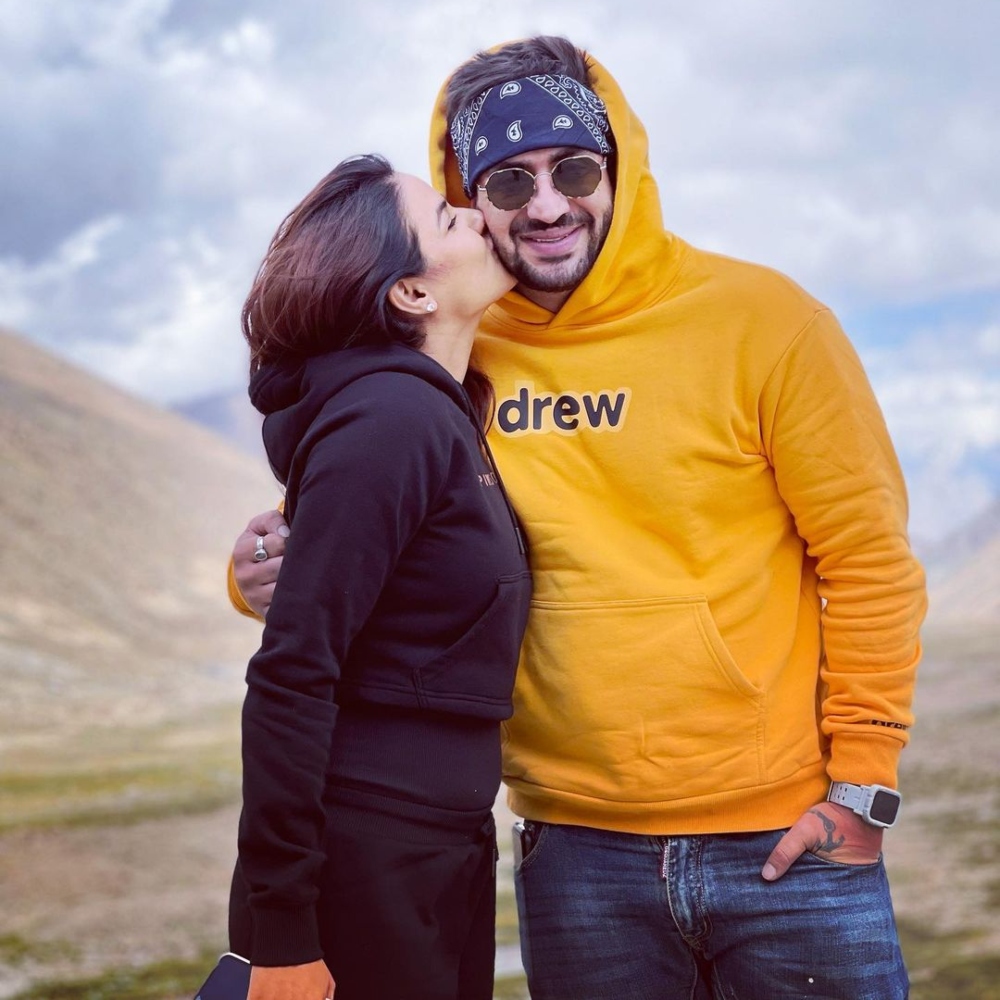 Rubina Dilaik and Abhinav Shukla's marriage got a new lease of life after participating in Bigg Boss 14. They tied the knot on June 21, 2018, in a private ceremony in Shimla. However, their marriage went through a rough phase in 2020. They had given themselves time till November 2020 to save their relationship. That's when Bigg Boss 14 came their way and they accepted the offer. Throughout the show, RubiNav supported each other and came out stronger. The actress had promised that they'll renew their vows soon. 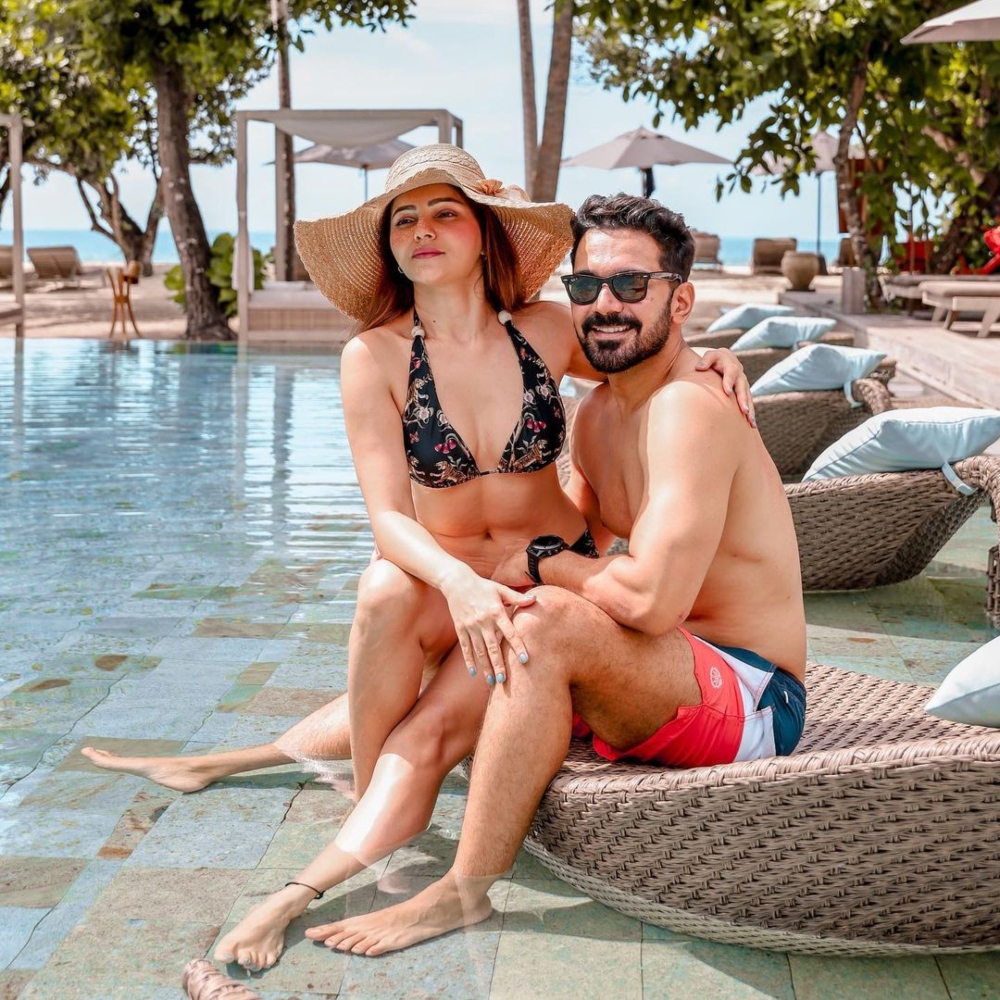 Meet the current hottest couple in Bigg Boss town- Karan Kundrra and Tejasswi Prakash. Known as TejRan, the audience of Bigg Boss 15 is loving them. Be it all the cute and mushy moments or heated fights, the TejRan army wants the actors to take their relationship forward after the show ends. 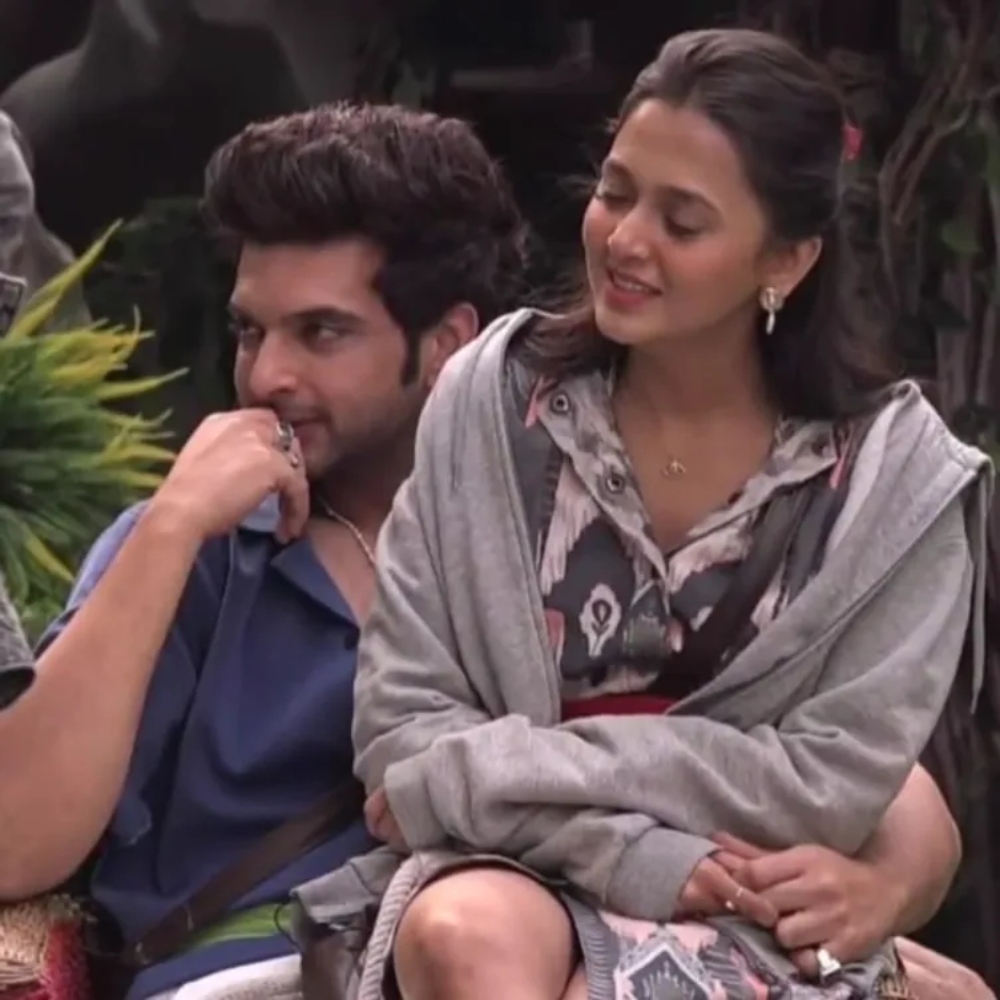 What happens when hottie Ieshaan Sehgaal meets the stunning diva Miesha Iyer in the heated house of Bigg Boss 15? Explosion! That's exactly how Ieshaan and Miesha's relationship is defined. They participated in the 15th season of the show and in no time, they developed feelings for each other. Despite being criticised by the guests, Mieshaan stayed strong and they continue to paint the town red after their eviction. 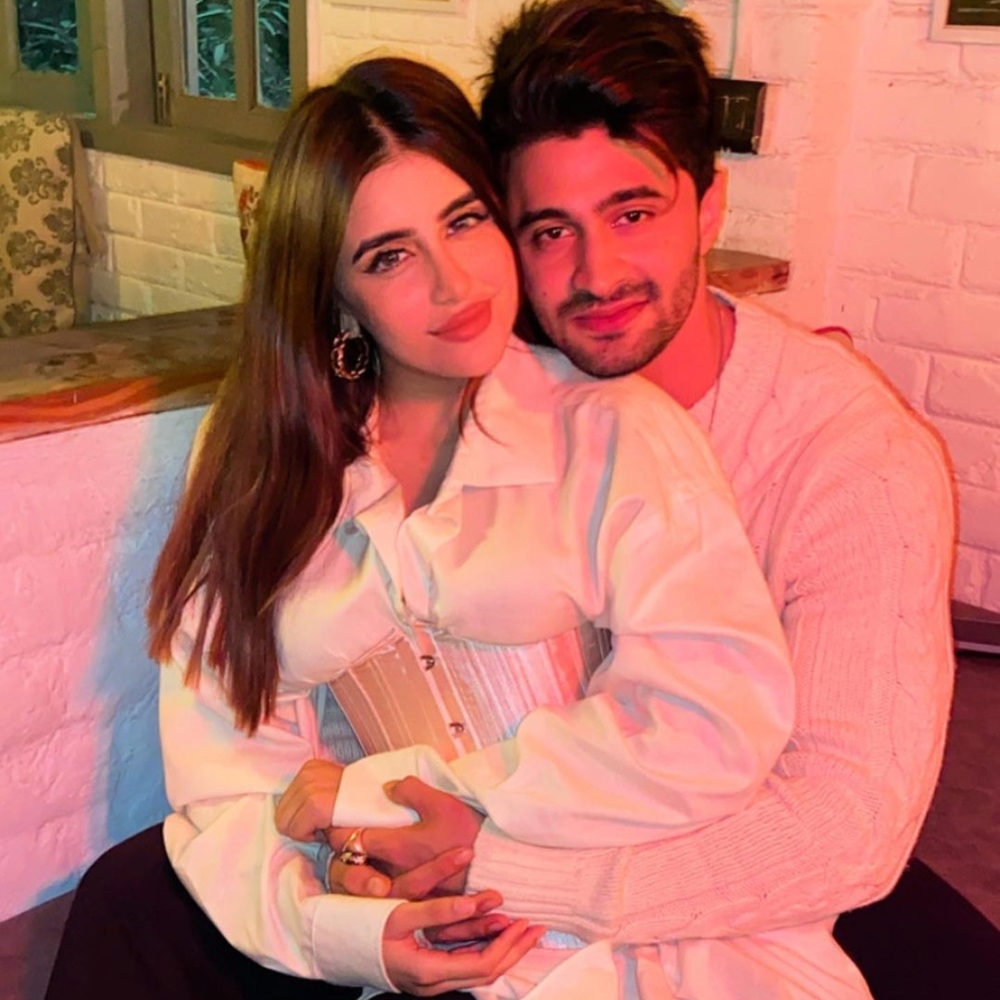 The theme of Bigg Boss OTT was Stay Connected. Shamita Shetty chose Raqesh Bapat as her connection for the season. After initial hiccups, they grew closer to each other. In 6 weeks, Shamita and Raqesh fell in love and their chemistry and equation were loved by fans. Now known as ShaRa, fans are eagerly waiting for Raqesh to propose to Shamita. 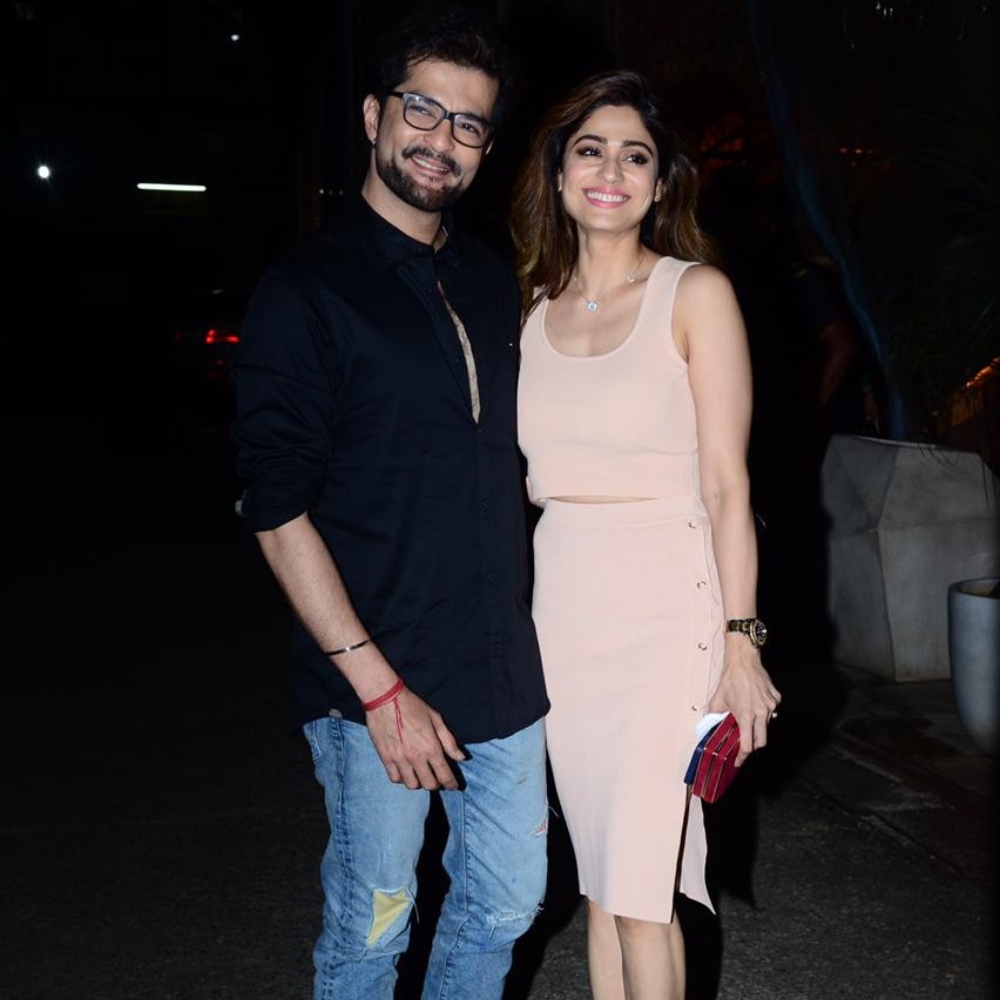 Sidharth Shukla and Shehnaaz Gill were the talk of the town in 2021. They did music videos and guest appearances throughout the year and became each other's cheerleaders too. However, SidNaaz's journey was cut short with Sidharth's demise. Shehnaaz, very bravely, completed an unfinished music video and paid an emotional tribute to Sidharth. SidNaaz is an immortal emotion that cannot be erased. 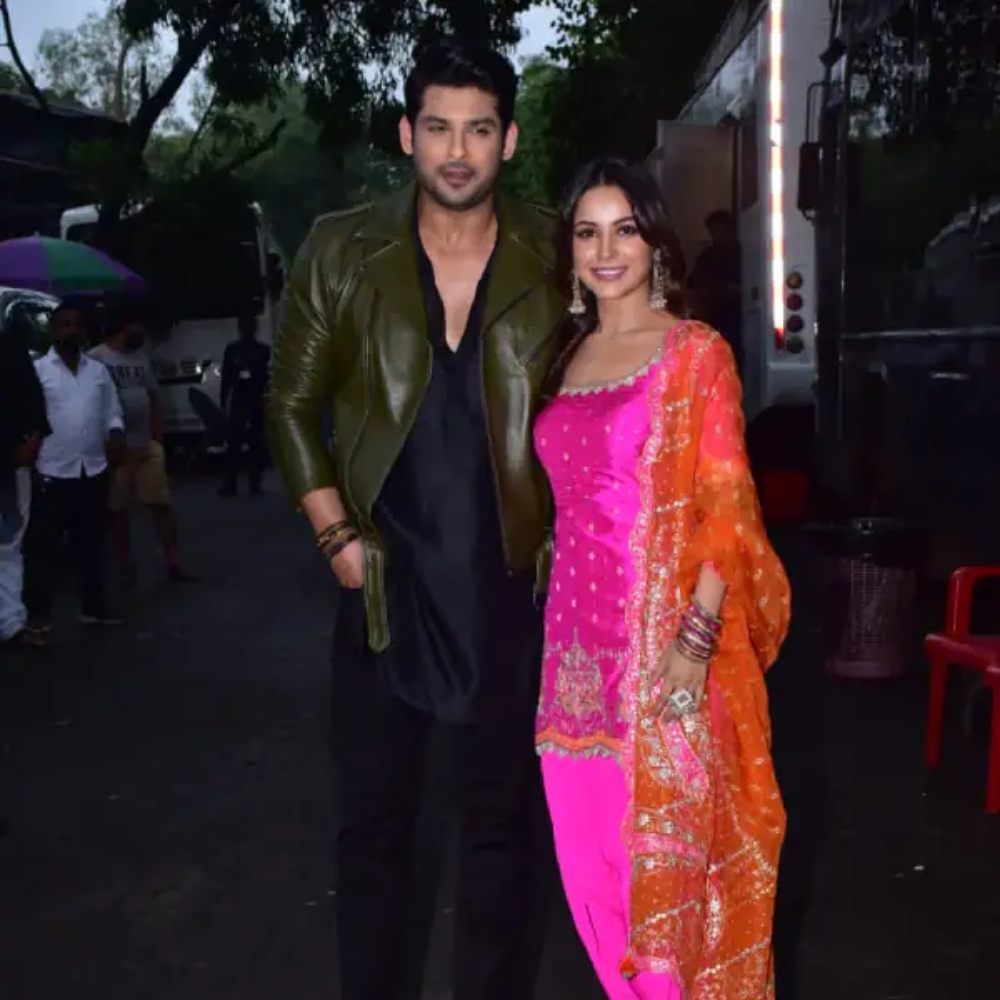 Though the third season of Kuch Rang Pyaar Ke Aise Bhi failed to connect with the audience, Erica Fernandes and Shaheer Sheikh made a place for themselves in the audience's hearts and living rooms as Sonakshi and Dev. Their on-screen chemistry, including fights, was a hit among fans and that was one of the highlights of the season. 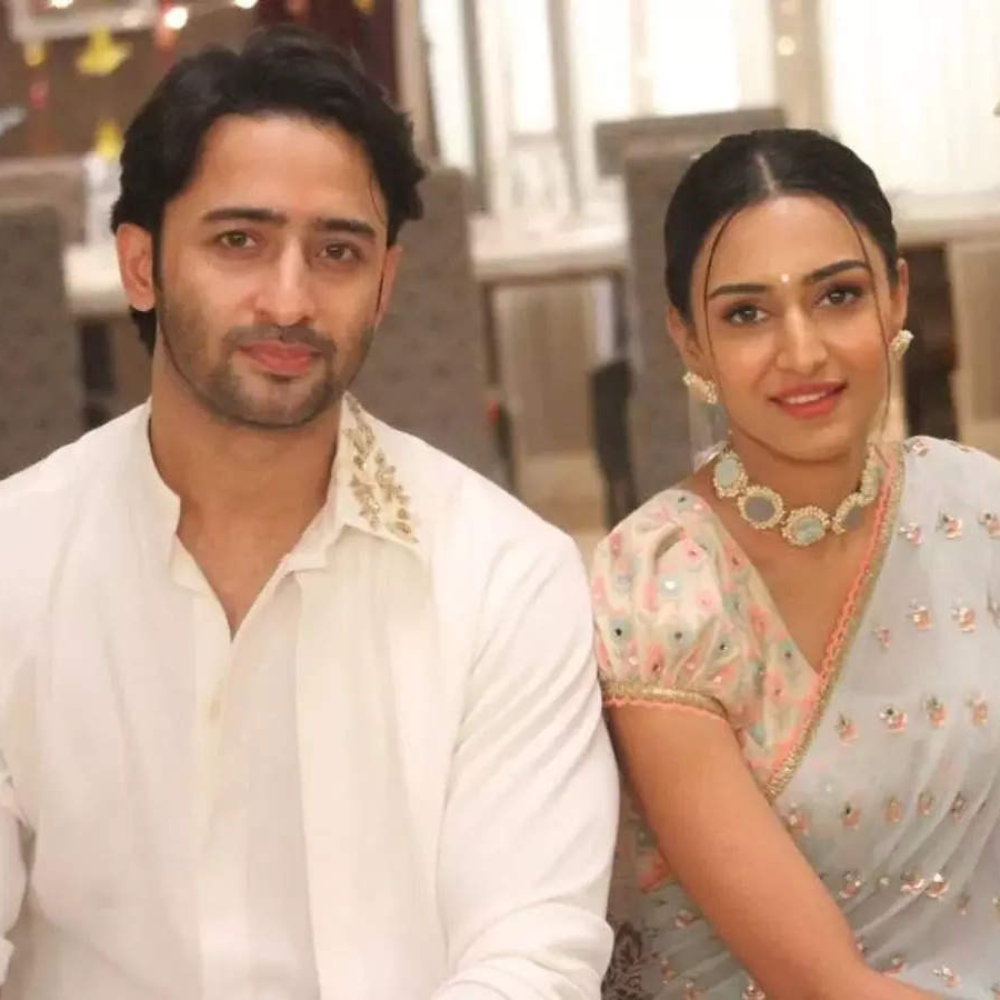 In Star Plus' Anupamaa, Rupali Ganguly's character was married to Sudhanshu Pandey's Vanraj in the initial episodes. However, with a twist in the plotline, Anupamaa's relationship with Anuj Kapadia, played by Gaurav Khanna, is the talking point. Though they do not share a typical relationship, fans are loving the freshness brought by the unique pairing. 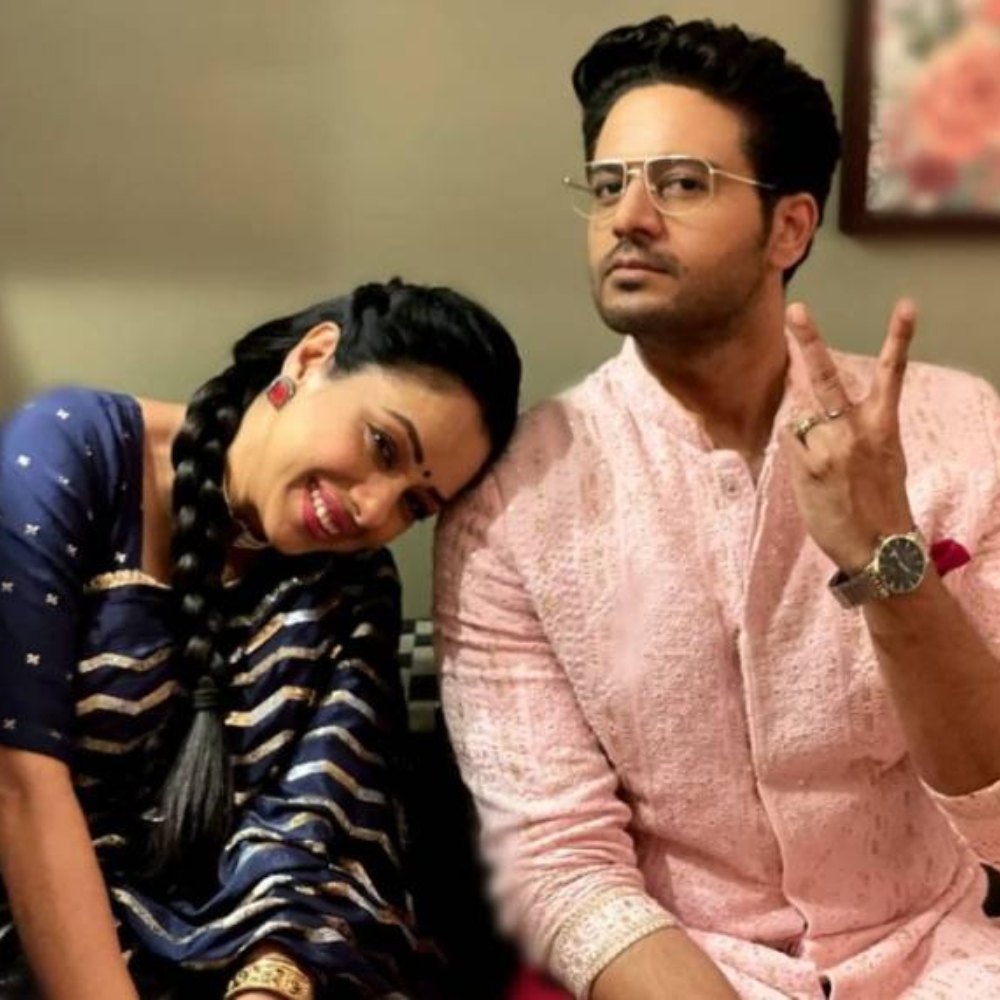 Rajan Shahi's popular and longest-running daily soap Yeh Rishta Kya Kehlata Hai got a revamp post a generation leap. Shivangi Joshi and Mohsin Khan bid adieu to the show and made way for the new leads- Harshad Chopda, Pranali Rathod and Karishma Sawant. Without any doubt, the trio is a hit with the audience. Their love story is keeping fans busy. Shivangi Joshi shot to fame as Naira/Sirat in Yeh Rishta Kya Kehlata Hai whereas Randeep made fans drool over his good looks in Yeh Un Dinon Ki Baat Hai. For the first time, the popular young stars of television teamed up for Balika Vadhu 2. Shivangi plays Anandi whereas Randeep is Anand. What a lovely pair! 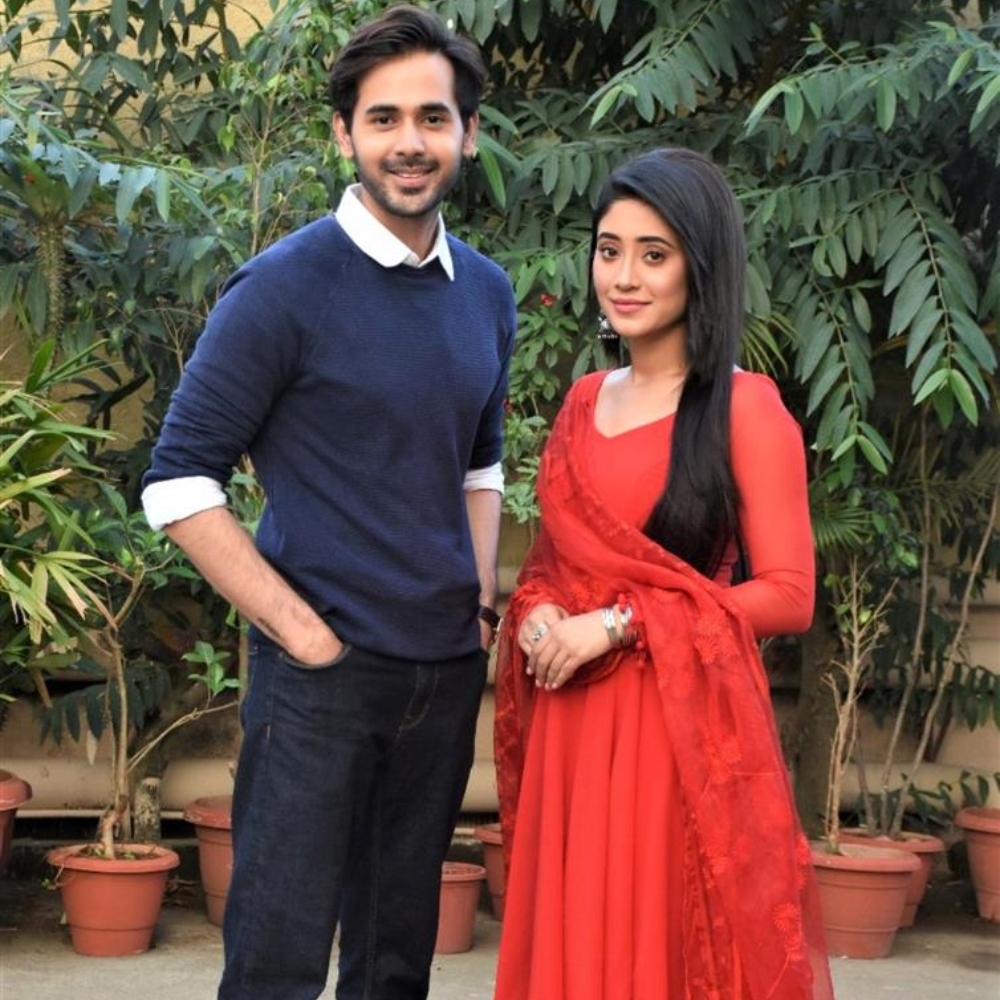 Just like Shaurya and Anokhi's unique and lovable story, Karanvir Sharma and Debattama Saha's pairing was a big hit. The audience welcomed them into their hearts and living rooms with open arms and gave them the love they deserved. Though the show ended unexpectedly, Karanvir and Debattama's on-screen jodi can never be forgotten. 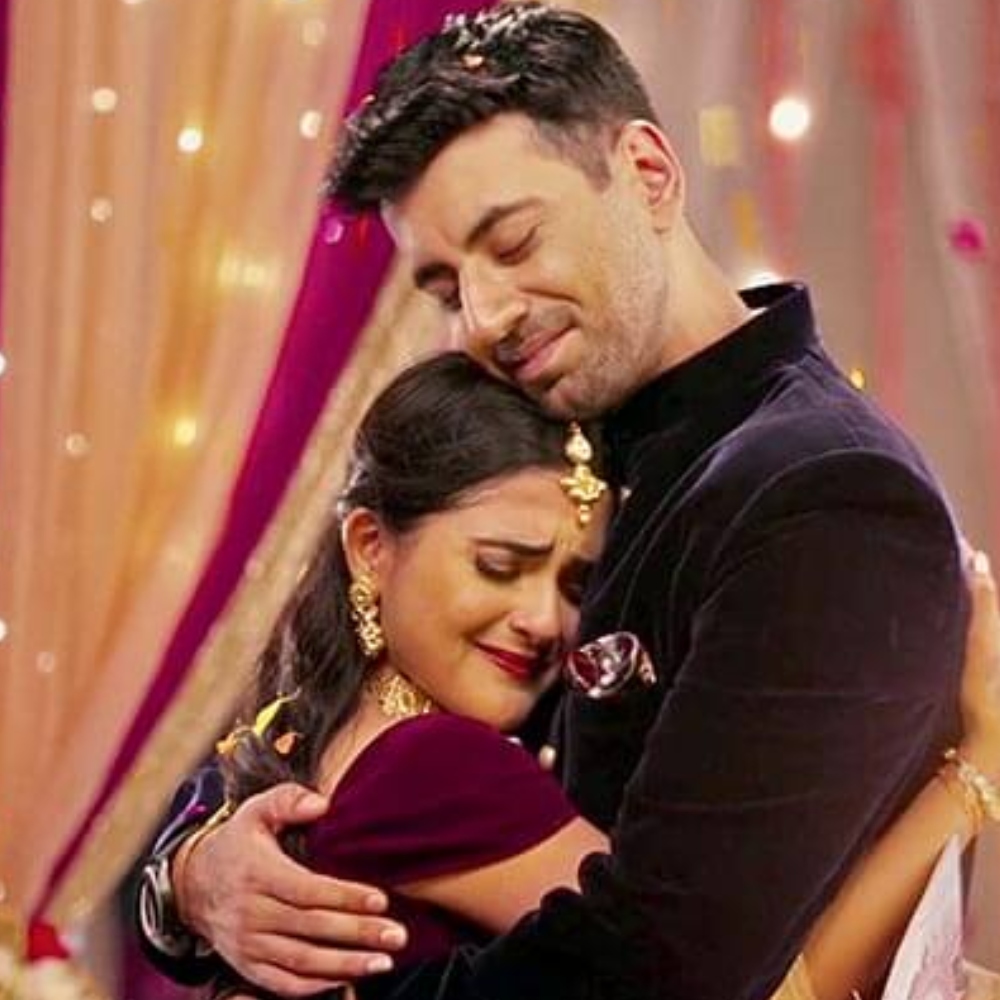 Nakuul Mehta and Disha Parmar made their acting debut in Pyaar Ka Dard Hai Meetha Meetha Pyaara Pyaara (2012). 9 years later, they reunited for the second season of Bade Achhe Lagte Hain. The actors were appreciated for their chemistry in PKDHMMPP and nothing has changed in these years. Nakuul and Disha are playing Ram Kapoor and Priya Sood to the T. 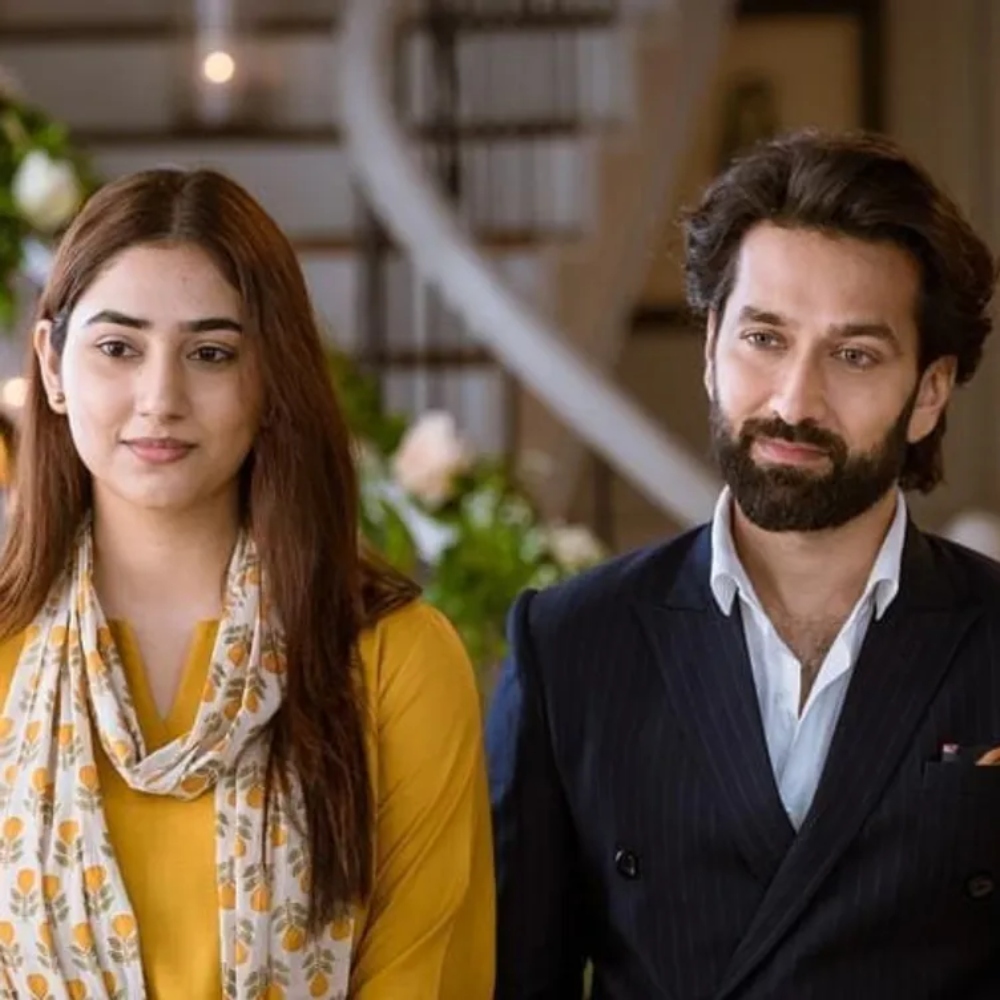 Hina Khan and Shaheer Sheikh are not just good looking actors but talented too. They set the screen on fire with their chemistry in romantic music videos. Their first song together was Baarish Ban Jaana. Hina and Shaheer reunited for Mohabbat Hai. Can someone cast them in a TV show or web series, please?