Advertisement
HomeBOLLYWOODBollywood ReviewsNamaste England Film Review: Arjun’s and Parineeti’s film is as shoddy as it comes

Namaste England Film Review: Arjun’s and Parineeti’s film is as shoddy as it comes 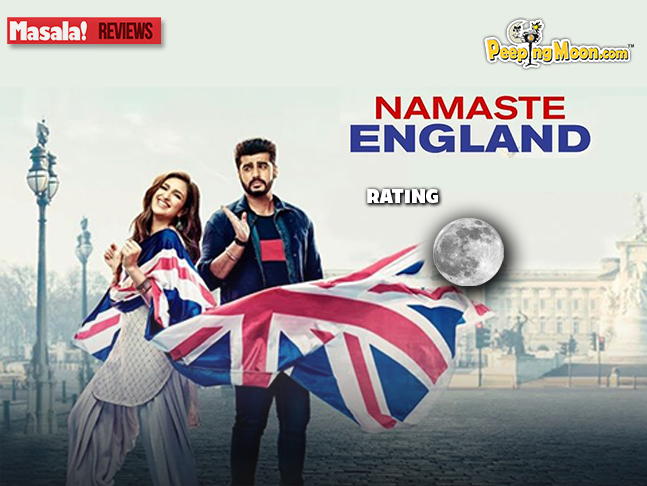 She’s probably the first-ever female lead in Bollywood history, who’s deeply, madly and passionately turned on by a city! Even her man Param, and his random (and often dull) wisecracks are unable to dissuade her from chasing her London dreams. A colonial hangover, perhaps! But Jasmeet’s (Parineeti Chopra) obsession is never quite explained. Not that Vipul Shah’s Namaste England is a movie equipped to deal with such kind of insights, but one is ever-so hopeful.

So, at its heart, it’s a twisted love triangle. Where the insecure Param must fight a CITY, not literally (thankfully), to win over his lady. Armed with a jacket and an unkempt beard, our desi hero is ready to confront every disrespectful NRI along the way, and inject some good ol’ patriotism in their blood, all in the hope his Jasmeet would get converted.

Alas, she doesn’t crack. She’s a tough cookie. One who is extremely determined to make London her home, and start a career in jewellery design. A profession that makes a fleeting appearance over a soundtrack at the beginning but gets quickly shoved into the backdrop. For a woman who is emotionally charged, and sometimes even borderline psychotic about wanting a career, she’s never seen spending any time working on her craft. Her perfectly styled hair hints at a role she could take on in a beauty salon instead but that would be stereotypical, no?

He, on the other hand, is ambitionless and follows her like a faithful puppy. But his sacrifices don’t make this story worthwhile. There’s never a sense of struggle in this romance. No talk about work or bank balances. Apart from visa rejections, Jas and Par live life king size.

At 141 minutes, the writers were evidently aware of the limitations of such a love story, and hence padded it with issues surrounding gender discrimination, illegal immigration and citizenship scams. While there are many scenes, especially one involving a young father desperate to see his ill daughter, penned to manipulate, we feel absolutely nothing.

Arjun Kapoor goes about doing nothing much. He grins, dances, romances and preaches about love and some such but never impresses. When another girl, who strangely looks and speaks like Nargis Fakhri, goes ga-ga over him, we wondered what she was on!

Parineeti plays Jasmeet in one note. It’s the hair and wardrobe that shows more versatility. At a crucial point, she tells Param to be like Shah Rukh Khan, if he wants a UK visa. What can we say, Jassi Jaisi Koi Nahi!