Housefull 4 Review : The Akshay Kumar multi-starrer is a crazy Diwali blast of comedy, enjoy it!

There’s one thing consistent with the Housefull franchise – it entertains! The more outrageous the film, the better some audiences like it. Nine years after it first made the scene in 2010, the fourth installment out today as Bollywood’s big Diwali release invites audiences to come and be entertained. It’s easy to do that because the film is a no-brainer. Not even the rain can spoil it for you unless you go looking for faults to pick in the writing, direction and acting. It’s all over the top, naturally, because the Farhad Samji-directed Housefull 4 is a reincarnation comedy. And how serious can you get with that?

So, the film is split into two halves. Before interval and after interval. And therein lies a 600-year leap in time. Both halves are funny; the second half more so. There’s a love story set in 1419 between three couples in the royal kingdom of Sitamgarh in India.  They are Rajkumar Bala Dev Singh (Akshay Kumar) and Princess Madhu (Kriti Sanon), Bangdu Maharaj (Riteish Deshmukh) and Princess Mala (Pooja Hegde), Angrakshak Dharamputra (Bobby Deol) and Princess Meena (Kriti Kharbanda). But they get killed and their love stories remain unfinished. Reincarnated, they meet once more in 2019, and their romances get reignited. But the lines are all tangled up. This time, the passion picks up in London where Harry (Akshay Kumar) is a hairdresser who suffers bouts of memory loss and sees flashes from his past royal life. There’s Max (Bobby Deol) and Roy (Riteish Deshmukh), his brothers. Kriti, Neha, and Pooja (Kriti Sanon, Kriti Kharbanda and Pooja Hegde), the daughters of lusty billionaire Thakral (Ranjeet, in a fab comeback), are already on the scene. The brothers come up with the crazy idea of marrying the girls in a destination wedding at Sitamgarh so as to lay their hands of Thakral’s wealth. They need the money to pay off a mafia don Michael (Manoj Pahwa) in London whose loot they have lost.

Of course, coming to Sitamgarh triggers off Harry’s past life memories especially after he bumps into hotel bellboy Aakhri Pasta (Chunky Pandey continuing with his dreadful Italian ways) who was his sidekick back in 1419 when Harry aka Rajkumar Bala was used to ordering the beheading of people who displeased him. From there, it’s all flashback. And Harry sets out to undo whatever is going on in 2019 that was not on board in 1419. Mainly the mix-up in couples because a grand wedding is on the cards and he has 30-odd hours to make sure none of the girls end up marrying their brothers-in-law from their previous lives. 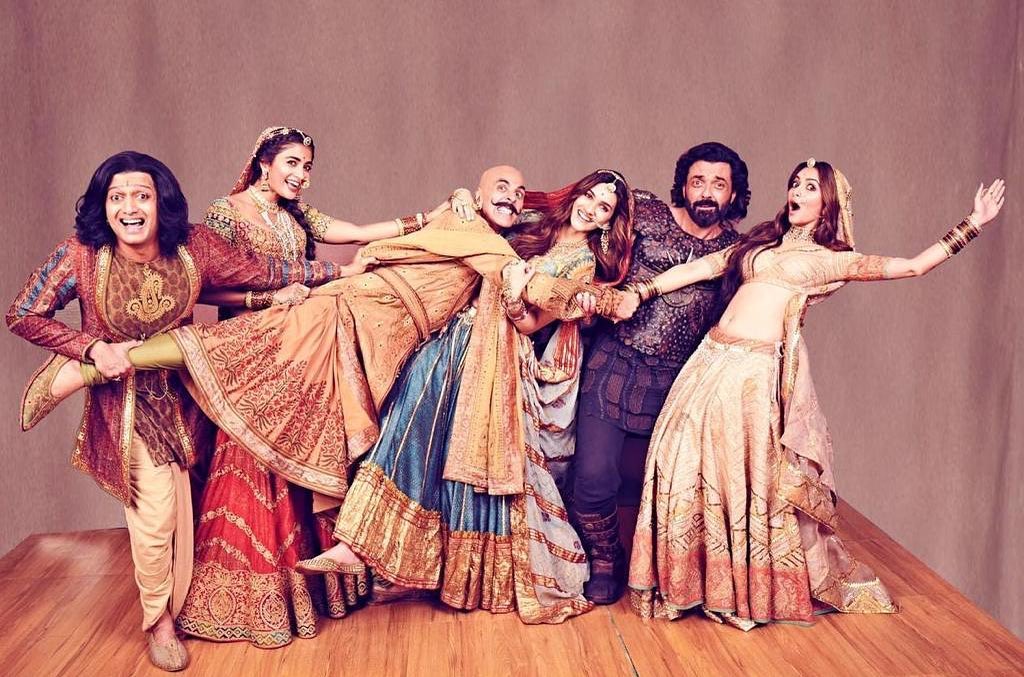 It’s one round of endless and mindless confusion that is hilarious and meant to be enjoyed as such. Don’t go trying to make sense of this film. It’s mad and the silliness quotient is high. The songs are even funnier. Don’t miss the entire Royal Family of England making a spoofy appearance in Ek Chumma. Akshay’s Shaitan Ka Saala and Nawazuddin Siddiqui’s (he’s damn good in one quick number) The Bhoot Song are also chartbusters. But the lyrics of Rana Daggubati’s quawali Badla (he’s the baddie Raja Gama in 1419 and the bad guy turned good Pappu Rangeela in 2019) are a killer with their current days references to Facebook and Twitter, Instagram and Donald Trump.

The actresses have never looked as good as they do on screen in Housefull 4. Ogle at Kirti, Pooja and Kriti by all means. But don’t go counting who has how much screen time. Akshay is terrific, his sense of comedy, his timing for punch lines, is flawless. Riteish entertains, Bobby flexes his face and body, there’s also Johnny Lever to bring in laughs, and Ranjeet with his lecherous ways of 1980 Bollywood. Fans of the Housefull franchise will find plenty to laugh for the fourth time if they go intending to have a Diwali blast. We rate it for laughs, songs, outrageous situations, and comedy. 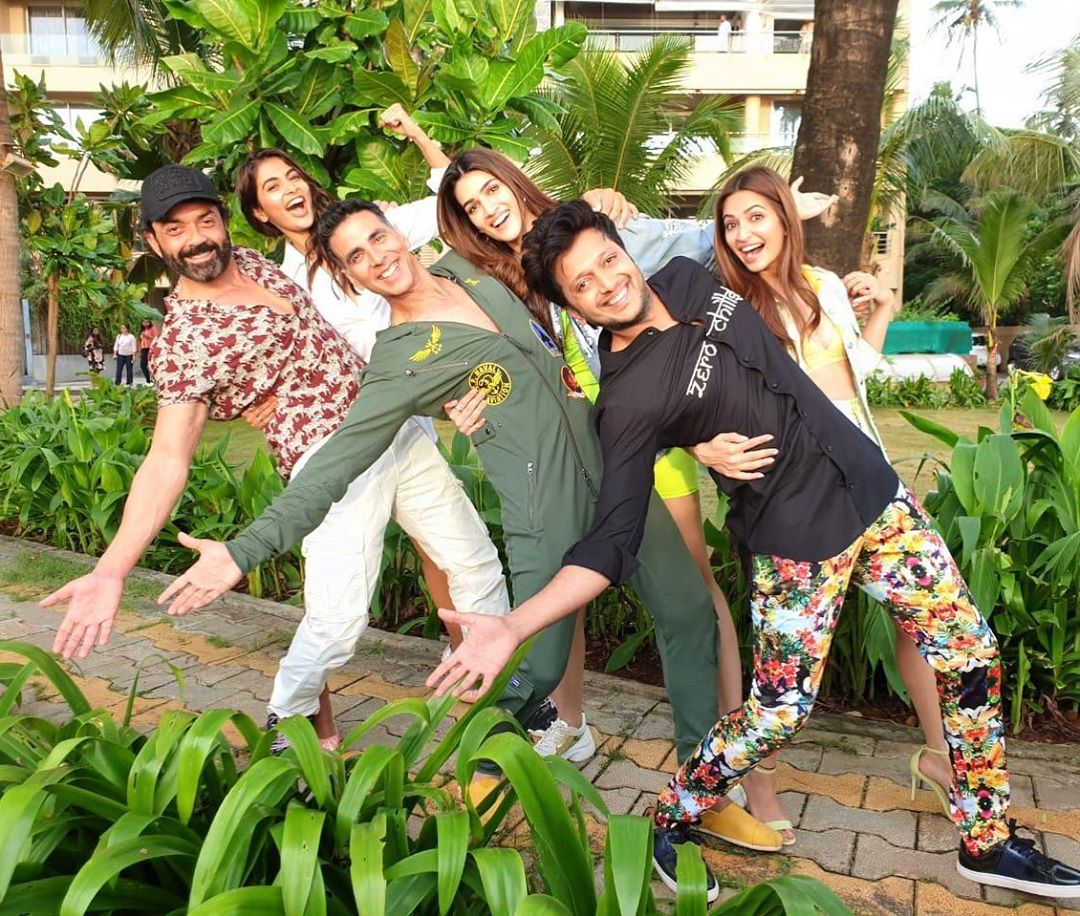