Advertisement
HomeBOLLYWOODREVIEWSBala Review: Hair not so perfect but Ayushmann Khurrana, Bhumi Pednekar and Yami Gautam are ‘bald’ and beautiful!

Bala Review: Hair not so perfect but Ayushmann Khurrana, Bhumi Pednekar and Yami Gautam are ‘bald’ and beautiful!

After making us fall in love with his voice in Dream Girl, Ayushmann Khurrana is back and not playing the typical Bollywood hero again. Known for choosing out of the box scripts, the actor is here to set new records with Bala as a 25-year-old man dealing with premature balding. The film is comedy-drama with an important and beautiful message. Bala also stars Bhumi Pednekar as a bold, dark-skinned girl and Yami Gautam as a TikTok star and Ayushmann’s love interest. 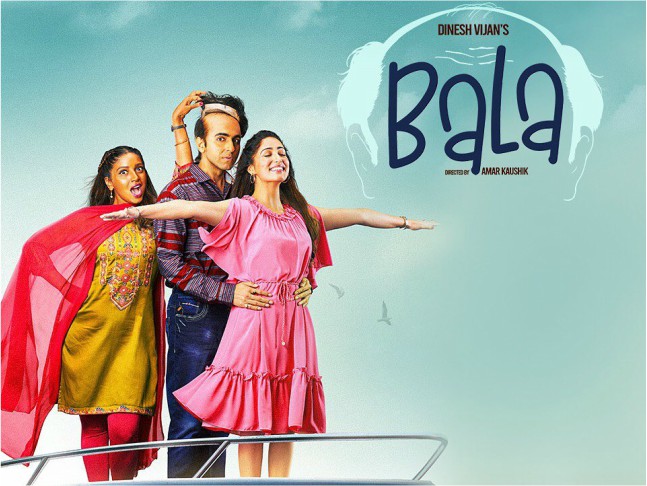 Ayushmann is Balmukund Shukla aka Bala, a man living in Kanpur who is suffering from alopecia, and the story is about his lack of confidence and the societal pressure that comes with balding. Nothing seems to be going right in his life as he becomes the butt of jokes among people. The film begins with a young Bala flaunting his hair and handsome looks in school and teasing his bald teacher by calling him takla. Well, karma does not take very long to hit back.

Now Bala is trying to get his hair back by using all sorts of home remedies until one day his father gifts him a wig. Bala now becomes confident and flaunts his Shah Rukh Khan style heropanti. “Bala, naam toh suna hi hoga, right?” Bhumi plays a dusky, small-town girl at odds with society that is obsessed with fair skin. Yami plays a TikTok star that Ayushmann loses his heart to. However, he has to keep his balding head a secret from her. What follows is a series of comic events and tragedies put together perfectly by director Amar to make the film a laugh riot and send a necessary message to society. 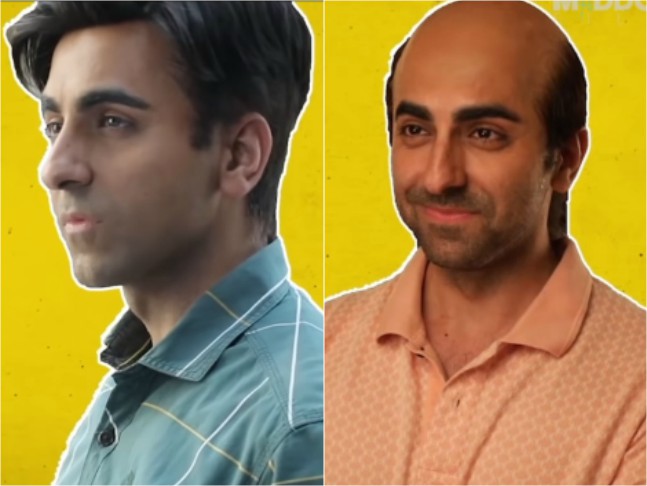 Ayushmann brings to us a comical take on this serious issue of premature balding. Trust the actor to leave you stunned which every performance of his. Watch the film for Bala and his Baal ki Kahani. “Why change when you can love yourself the way you are?” teaches Ayushmann’s strong and ‘bald’ film. With its phenomenal supporting cast, Bala keeps the audience hooked throughout. The film also stars Saurabh Shukla, Abhishek Banerjee, Javed Jaffrey and Seema Pahwa in supporting roles. They are literally the life of the film. 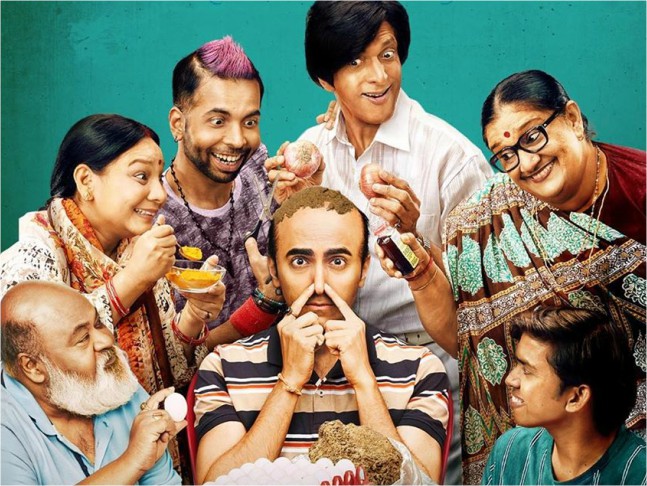 Ayushmann as Bala is convincing and natural. With A1 acting skills and commendable expressions, the actor leaves us ‘clean-bald’. He has made it his life’s mission to make the audience laugh until they cannot take it anymore. After delivering hits like Badhaai Ho, Andhadhun and Dream Girl, Ayushmann has surpassed our expectations with Bala.

Bhumi, as a ‘kali ladki’ has a very special role. However, her dark make-up does not look very convincing. She is impactful as the strong-headed lawyer Latika who has always faced bias due to her dark skin. Yami as Pari Mishra looks gorgeous and is quite impressive as Kanpur ki TikTok superstar who is full of herself. For Yami, it is all about good looks, good looks and good looks. Her character reflects the current trend of small-town influencers on social media and their growing popularity. Her character comes out perfectly. Even with a variety of characters and situations, the screenplay moves at perfect pace. The film’s music is peppy and works well with the script. With real-life locations and apt background music, Bala's editing is to the point. Extra marks for Niren Bhatt for the smart writing of story, screenplay and dialogues. Bald and beautiful, indeed!

‘Shikara’ Review: Vidhu Vinod Chopra weaves a love story against the backdrop of a ‘simplified’ exodus of Kashmiri Pandits