After the massive success of the 2018 hit - Satyameva Jayate, John Abraham and director Milap Milan Zaveri have reunited for its sequel. The makers, who have been creating a strong buzz around the film with different posters and teasers, finally released the spectacular trailer of John and Divya Khosla Kumar's much-awaited action-packed Satyameva Jayate 2 on October 25. The trailer is not only filled with goosebumps-inducing dialogues but also with some never-seen-before action sequences.

The trailer shows John on a mission to fight against injustice, corruption, and misuse of power and well, the actor has left no stone unturned to make the trailer a power-packed one and a massive hit. The actor has impressed with not one, not two but three different roles. The versatility that John has shown with all his 3 roles in the trailer is commendable. Acing each and every look of his, the actor has managed to keep the trailer highly gripping and entertaining. 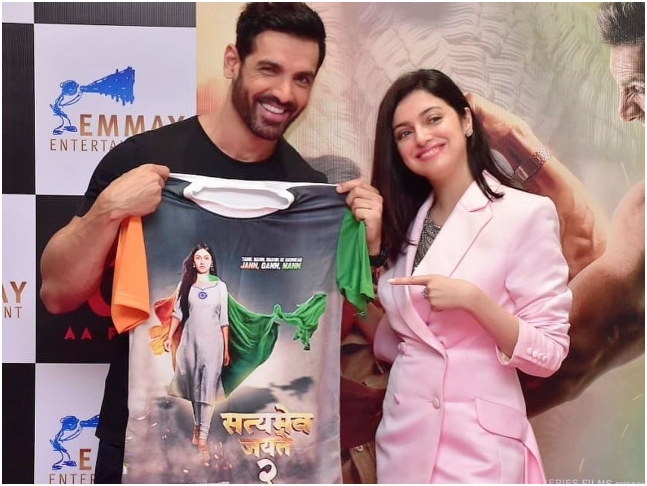 Divya. on the other hand, has made sure to impress one and all with her acting prowess in the trailer. The actress is essaying the role of today's empowered woman whose righteousness and strength know no boundaries. Divya plays the lead role of a strong woman who stands up for what is right and has nailed the brief to the T. Her earnest portrayal of her character against the patriotic genre of the film stands out and will leave you with goosebumps.

Not only the acting but the action sequences and background music also add on to the impactful trailer. Going by the film's trailer, we are sure that the film promises to deliver high octane action, drama, and mass dialoguebaazi, which will be loved by the audiences who are eagerly waiting for a theatrical release amidst pandemic.