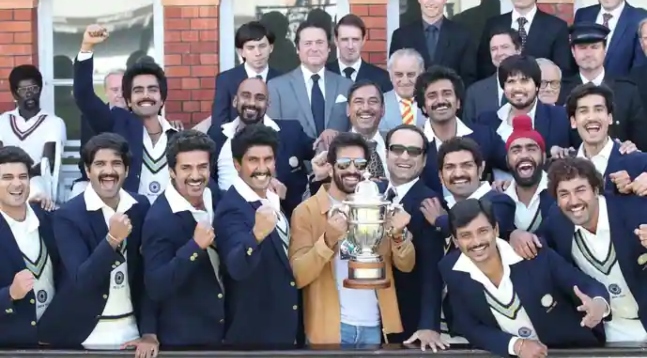 Cricket and cinema are the opium of the country. Kabir Khan serves up both in a heady combo that will have you clapping, whistling in the auditorium, shedding a tear or two, your heart beating like crazy, your chest swollen with pride. The 1983 ICC World Cup victory at Lord’s is one of India’s greatest historic moments. Now it is also one of Indian cinema’s most defining films.

Most people will have faraway black-and-white memories of Kapil Dev’s Devils (that’s what the underdog Team India was known as in this World Cup) snatching the prestigious trophy out of the hands of Clive Lloyd’s deadly West Indians after a gritty fight on the green that goes to the wire. Kabir Khan brings it all back in glorious colour. Plus, behind-the-scene moments we knew nothing about. 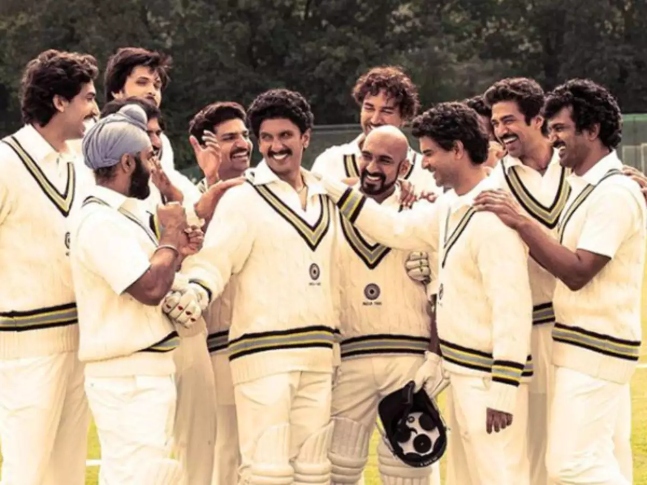 It’s a biopic about India’s victory at Lord’s in 1983 as much as it is an inspiring story of the team’s charismatic captain Kapil Dev. India went to England to lose. Team manager PR Man Singh is advised to book return tickets immediately and not stay on to see the final at Lord’s because each extra day costs the BCCI money. As it turns out, Pankaj Tripathi who plays Man Singh is a highlight in 83.

The pace builds up as India wins some, loses many, then claws its way back into the tournament in a do-or-die match from which it doesn’t look back until Kapil Dev (swashbuckling played by Ranveer Singh) stands in the gallery at Lord’s with the World Cup in his hands. Behind, his teammates are popping bottles of champagne they did not know who was paying for! It’s thrill and drama all the way and the story is packed with several heart-stopping moments when it appears that all might be over for India. But if ever there was an example of coming out against all odds then this is it. Kabir Khan gets the emotions and sentiments right and it’s all delivered in a humorous manner off the field with some hilarious moments in the changing room. 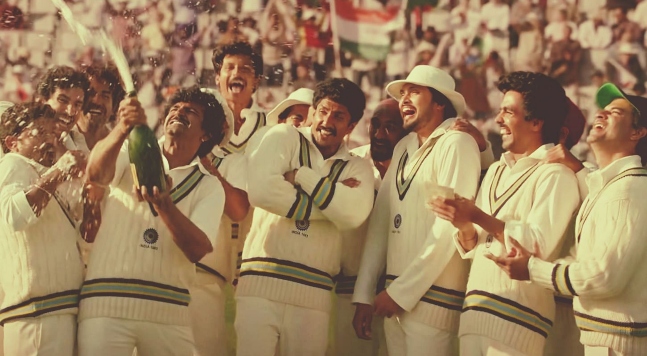 The biopic trots out all the cricket greats from that era starting with Kapil, Sunil Gavaskar, Syed Kirmani, Dilip Vengsarkar, Mohinder Amarnath, Roger Binny, Madan Lal, Krishnamachari Srikanth, Ravi Shastri, Balwinder Sandhu from back home. And the West Indian bowling attack, with Viv Richards and Clive Lloyd leading the batting. The best parts of the film are between this cast. But there’s also Imran Khan, who people forget played this World Cup, and the Australian pace demons Dennis Lillee and Jeff Thomson, plus Ian Botham and Bob Willis of England. And Romi Dev (Deepika Padukone in a wig) coming to support her rampaging husband and ending up in tears watching the final in her hotel room. There’s also aapro Farrokh Engineer (Boman Irani) as a commentator. Everybody is a hero in Kabir Khan’s 83. The music is effectively there, the songs don’t disturb the narrative, the dialogues are kick-ass, England’s country cricket grounds are picturesquely depicted just as the grandeur of Lord’s is highlighted and the emotions in villages back home torn by communal riots and the border where Pakistan sportingly ceases fire so the Indian Army can follow the game.

Ranveer Singh is undoubtedly the champion of this film. He surpasses himself as an actor and is Kapil Dev down to the shy smile and atrocious English. Deepika has a small part. Pankaj Tripathi is effortlessly himself. Boman Irani excitable. The other actors playing cricketers are wonderful. And amongst the bhangra and calypso in London, there’s also a cameo by Kapil Dev. Look out for him. 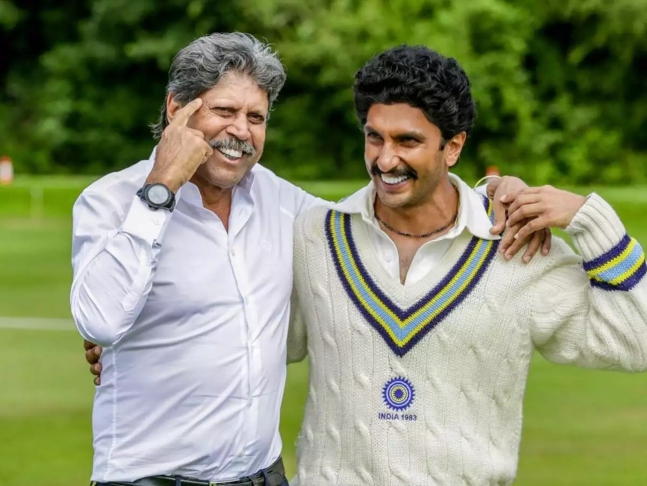