Sacred Games 2: Has the release of Saif Ali Khan and Nawazuddin Siddiqui starrer been pushed to August? 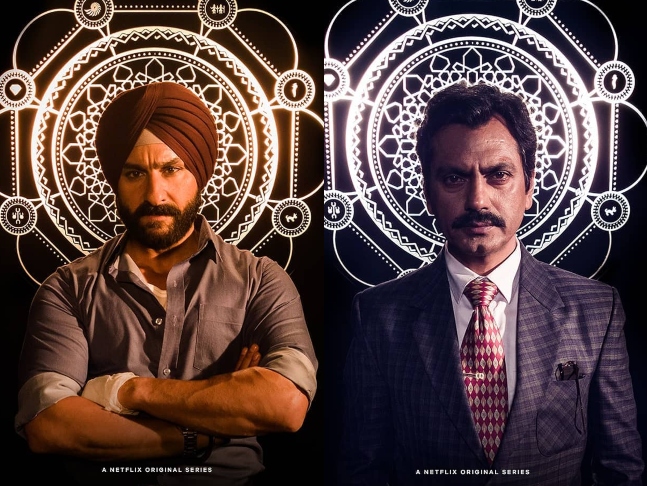 The makers of Sacred Games, starring Saif Ali Khan as Inspector Sartaj Singh and Nawazuddin Siddiqui as Ganesh Gaitonde, have been creating a buzz around the upcoming second season of the show with well-timed teaser and character introductions. But it seems, the audience has to wait a little to return into the universe of Netflix original, Sacred Games. As per a report in a leading daily, the suits at Netflix have decided the second season — which was slated to drop online on June 28 — will benefit, if it releases in late August.

The daily quoted a source as saying, "There are two reasons for the delay. First, the show's leading men are preoccupied with their respective projects. While Saif is shooting for his home production Jawani Jaaneman in London, Nawaz has allotted bulk dates to his brother's directorial venture Bole Chudiyan. Secondly, the platform's recent Indian original Leila has been winning praise. So, the head honchos wanted a considerable gap between Leila and their next big show. The series will drop online in August, with post-release promotions scheduled for September."

Season 2 is coming. Put your chattris in the air. #SacredGamesS2

Based on author Vikram Chandra's best-selling novel, the first season of the series received viewer appreciation and critical acclaim worldwide for its gritty plot and power-packed performances. Season 2 will be back with a new trail of betrayal, crime, passion and a thrilling chase through Mumbai's underbelly. While the intriguing Guruji (actor Pankaj Tripathi), introduced in season one as Gaitonde's 'third father', will play a pivotal role in unfolding a chain of events, the second season also has Kalki Koechlin and Ranvir Shorey joining the cast.