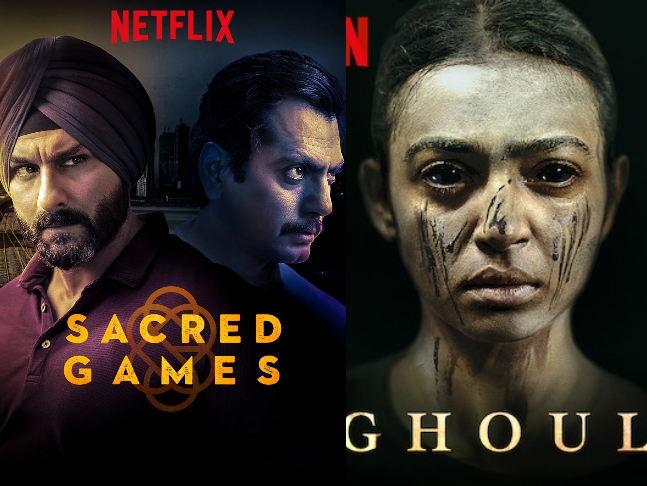 Within just two days of Shivsena IT Cell member, Ramesh Solanki filing a complaint with the Police against the digital entertainment platform, Netflix for portraying Hindus and India in an incorrect manner through series like Sacred Games, Leila and Ghoul, the Internet jumped to his support and voiced their opinion on social media platforms including Twitter. The support was so strong that #BanNetflixInIndia made it to the top trends on Friday. Ramesh, who filed the complaint with Mumbai's LT Marg police station got a tremendous aid from the Internet who joined him in the social media movement to request Government authorities to take appropriate actions to streamline the nature of content shown.

From demanding strict laws and policies against blasphemy to questioning the purpose of showcasing Hindus in a bad light, Twitter put forth its voice strongly. Certain users even pointed out that the Guru-Shishya relationship depicted in Sacred Games 2 is not acceptable while some even accused Netflix of formulating an Anti-Hindu agenda and a few went ahead to call the platform an enemy. Take a look at how Twitter reacted to Ramesh's complaint:

"We have an enemy in our living rooms!"

Netflix is not just anti-Hindu, but also anti-national! Showing Kashmir as a part of Pakistan, @Netflix has taken Pakistani line. Netflix is a danger to sovereignty of India. #BanNetFlixInIndiahttps://t.co/sdpsSOHIFx

A hindu saint want nuclear war are you f*ckin kidding me @NetflixIndia
... Where you get funds from i really want to know... All your hindi shows are anti hindu and hinduphobic (sacred games,ghoul,leila)... All hindus should boycott Netflix, uninstall now#BanNetflixInIndia pic.twitter.com/WKnRKLBsng

They have been provoking Hindus From long time

This is Ridiculous @NetflixIndia is Constantly Spreading The Concept Of Hindu Terrorism But Hindu Never Do Things Like That
Don't Make This Type Of Contents
It Violates The Whole Hindu Community #BanNetflixInIndia #NetflixIndia https://t.co/2wZBpTkc1R

Anurag Kashyap and the makers of the Sacred Games have been part of the controversy for pushing Hindu-phobic content in their show.

#BanNetflixInIndia @MIB_India @PrakashJavdekar @rsprasad strict laws of blasphemy & censorship should be implemented on web channels that are cropping up on daily basis on a unified agenda of vulgar & below the belly content. It is like making a mockery of our law pic.twitter.com/mbvEsPML5g

Netflix is Anti-Hindu as well Anti-India.
showing Hindufobic series.
If Terror has no Religion, then why Netflix links terror to Hinduism !
Censor Board & Govt must take action and... #BanNetFlixInindia @prasoonjoshi_ @PrakashJavdekar @MIB_India@hindustanse @HinduJagrutiOrg pic.twitter.com/iEWqPOMfOt

I have been noticing it for a while now. Netflix's Anti-Hindu agenda is a fact. All their Indian originals are based on this Agenda.
Looks like all failed and jobless commie directors and writers found their new harbor in NetFlix!#BanNetflixInIndia pic.twitter.com/PmLVcjogm1

Ramesh's complaint read, "Almost every series on Netflix India is with the intention to defame the country on a global level. It is with deep-rooted Hinduphobia that the platform is portraying the nation in a bad light. I urge the authorities to look into all of the above-mentioned content and take the necessary steps from summoning their team to cancelling their licenses as deemed fit. One cannot allow an incorrect generalisation based on bogus rhetoric trying to defame a religious minority i.e. Hindu in countries other than India." This petition has been forwarded to the Chief Minister of Maharashtra, Devendra Fadnavis and to the Mumbai Commissioner of Police, Sanjay Barve.