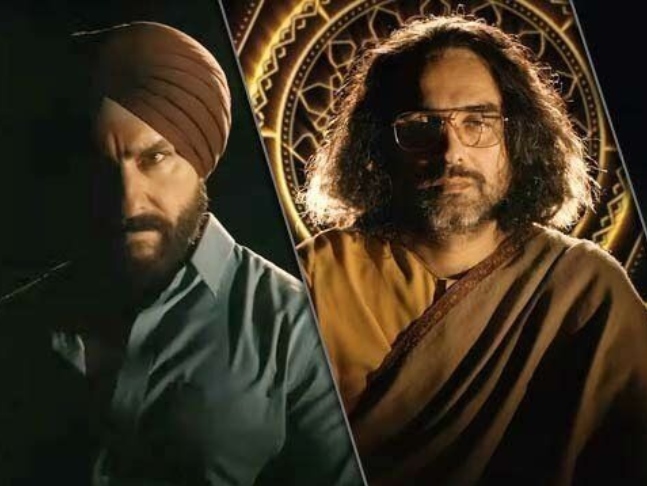 Netflix' recently released web series Sacred Games 2 starring Saif Ali Khan and Nawazuddin Siddiqui in the lead roles, left the house clearly divided. While some of the audience were of the opinion that the show has gritty and intriguing moments, some felt it was a colossal disappointment. With the first season of the show achieving the tag of a cult, the second one seemed to fail a bit with a cliffhanger ending. Saif, who played the role of Sartaj Singh in the show, in an interview with a leading daily for his upcoming film Laal Kaptaan, expressed his opinion about the second installment. The actor told he wasn't as happy as he was with the response the first season garnered. He further revealed the response he got from his spot boy, who felt 'guru ka thoda zyada ho gaya'.

“I am not as happy as I was with response to part 1. I think some people found it a little different and it was always going to be a little different. It is called Sacred Games and it is about a guru going on about things. I have a spot boy whose opinion I quite value, his name is Hira, and he said who guru ka thoda zyada ho gaya,” Saif told during the interview. Recommended Read: It was pretty path-breaking and I hope so we win: Saif Ali Khan on Sacred Games 2's International Emmy 2019 nomination

Talking further on Sacred Games 2 climax, Saif said although he was okay with it, but it could have been different. He also said the audience preferred the first one over the second as he could sense the vibes. “I was okay with the ending because it doesn’t make a difference – either it blows up or he saves it. I quite like the show; it was differently placed. The first season had some crazy things – Cuckoo’s character and development of my character. Vikramaditya Motwane really nailed it as a director. Second season, the climax could have been... I like it but I can understand people preferred the first one, that’s the vibe I got,” Saif added.