Advertisement
HomeWEBCAST‘Mentalhood’ Trailer: Karisma Kapoor, Dino Morea, Sandhya Mridul and other ‘supermoms’ show how being a mother is the toughest job in the world

‘Mentalhood’ Trailer: Karisma Kapoor, Dino Morea, Sandhya Mridul and other ‘supermoms’ show how being a mother is the toughest job in the world 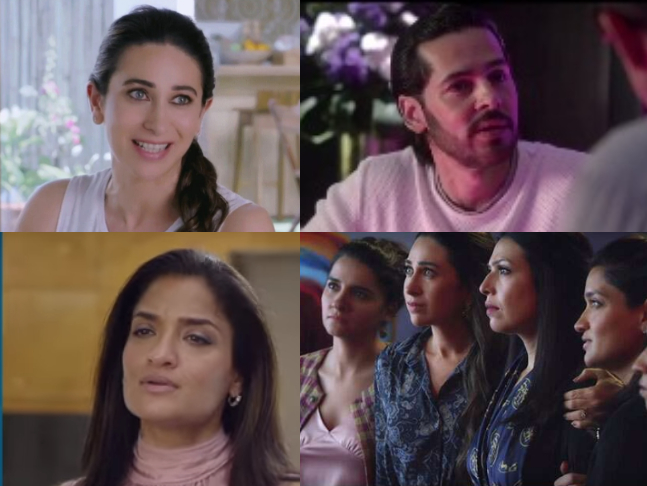 ALTBalaji and Zee5 have released the first full-length trailer of their upcoming series Mentalhood starring Karisma Kapoor, Dino Morea, Sanjay Suri, Tillotama Shome, Shilpa Shukla, Shruti Seth and Sandhya Mridul. The trailer introduces us to the six ‘supermoms’ who ‘manoeuvre their way through unreasonable expectations and they try their best to raise their children’ with only one aim to be the best of the best.

The three-minute trailer of Mentalhood showcases the daily antics of the kids and the difficulties faced by the parents in raising them. The trailer also gives us a glimpse of the relationships between the parents and the problems that they are facing in their marital lives. Mentalhood’s trailer delves deeper into the lives and trials of these supermoms with their own agendas, dreams and hassles.

Har parent ki apni-apni strategy hai, sabka apna-apna game,
with only one aim - to be the best of the best! Step into this #Mentalhood, streaming 11th March on @altbalaji & @ZEE5Premium https://t.co/n9ZtUEUcF1#ALTBalajiOriginal #AZEE5Original

RECOMMENDED READ: Watch: 'It's not motherhood, it's MENTALHOOD,' says Karisma Kapoor as she shares the teaser of her digital debut show

The second half of the trailer takes a dramatic turn when the parents are unable to fathom the problems that they are facing in their daily lives. However, the show seems to be pretty bold as it touches serious topics like child molestation, domestic abuse and failed marriages. Describing motherhood as a topsy-turvy ride Karisma says, "If we do it, we turn mental, if we don’t, we feel guilty,” and paraphrases the saying, “It takes a village to raise a child.”

Mentalhood is out March 11 on ALTBalaji and Zee5. Watch the trailer here: