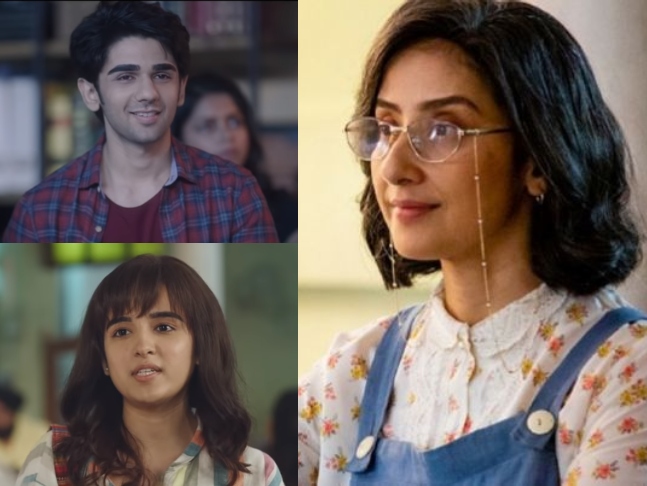 Ever since the announcement of the Netflix film Maska was made, avid digital content watchers couldn't keep calm. Starring veterans Manisha Koirala and Jaaved Jaaferi with youngsters Prit Kamani, Nikita Dutta and Shirley Setia, the film promises to be a beautiful tale of love, emotions and life. Now, as Maska is about to release on Netflix, the makers, on Thursday, shared the trailer on social media platforms.

The trailer gives us a glimpse into the family who runs the age-old Cafe Rustom, known for its Irani bun maska. Rumi (Prit) like his father (Jaaved) learns the art of baking perfect buns, however, his aspiration isn't running the cafe, but acting. His mother (Manisha) who is proud of her son's baking abilities, opposes his craze for stepping into the world of showbiz. Rumi, ignoring her, takes a leap forward and enrolls in an acting school where he finds his lady love played by Nikita. Facing rejections, Rumi is hopeful of making a mark for himself in films. Soon, he meets a girl (Shirley) who desires to write a book on Irani cafes. His mother bonds with her well as they go down the memory lane. Given the dark side of the cinema world, Rumi decides to sell off the cafe for money. An emotion for his family, Rumi considers the cafe to be less important over his dreams. What happens next, Maska will decode.

Directed by Neeraj Udhwani and produced by Mutant Films, Maska will stream on Netflix from March 27, 2020.