Nawazuddin Siddiqui's look as 'Ghoomketu' from ZEE5's upcoming film unveiled, to premiere on May 22 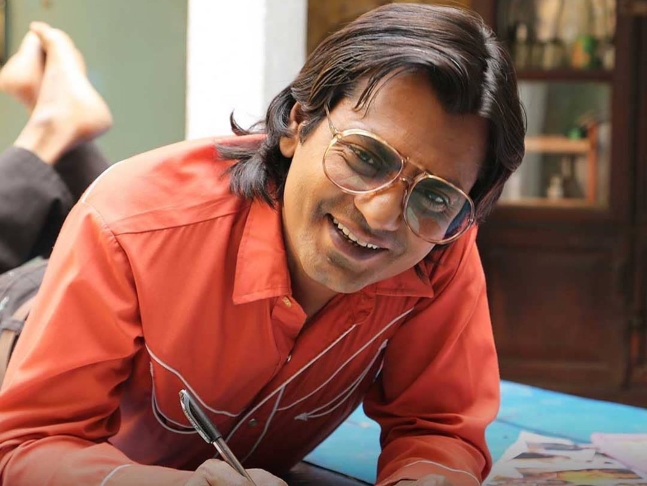 Amid the ongoing nationwide lockdown, OTT platforms are the current favourite and reliable medium of entertainment for people confined to their homes. As leading television channels are focusing on re-telecast of iconic shows, the digital space is the only source to watch fresh and unique content. Considering the same, the makers of Nawazuddin Siddiqui's Ghoomketu have resorted to the digital arena to get the film an OTT opening. The light-hearted venture was amongst the few ready-projects that wouldn't see the daylight in theatres. Now, given the right time and keeping up the flavour of the season, Ghoomketu will release on ZEE5.

The makers of Ghoomketu, today, on Instagram unveiled Nawazuddin's look from the film. Dressed in a simple orange shirt, well-jelled long hair and wearing spectacles, the character is a storyteller who is chasing his dreams. "Presenting @nawazuddin._siddiqui in and as #Ghoomketu, an extraordinary story of a not-so-ordinary storyteller. Show us your excitement for this new movie below, premieres 22nd May," the makers wrote while sharing the look.

Ghoomketu revolves around Nawazuddin who aspires to be a writer and relocates to Mumbai from Uttar Pradesh to follow his dreams of making it big. Other Bollywood celebrities like Ranveer Singh, Sonakshi Sinha, Amitabh Bachchan, Chitrangada Singh, Lauren Gottlieb and Nikkhil Advani will be making a cameo in it. Directed by Pushpendra Nath Misra, Ghoomketu also stars Anurag Kashyap with Ragini Khanna, Ila Arun, Swanand Kirkire and Raghubir Yadav. It is produced by Phantom Films and Sony Pictures Networks (SPN). The film will release on ZEE5 on May 22.