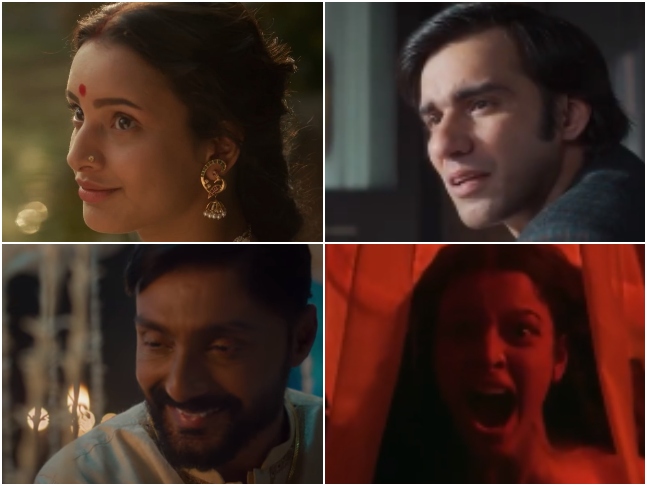 After much wait, Netflix, today, unveiled the trailer of Anushka Sharma produced film Bulbbul. Starring Avinash Tiwary, Tripti Dimri and Rahul Bose in the central roles, the supernatural thriller has caught the attention of the audience since the first motion poster was launched on June 10. Directed by Anvita Dutt, Bulbbul will be releasing on Netflix on June 24.

Talking about the trailer, it introduces us to the fable-isque world set in the late 19th and early 20th century Bengal. It orbits around Bulbbul (Tripti) who is madly in love with Satya (Avinash Tiwary). The film traces the journey of Bulbbul from being an innocent young bride to a strong woman over the years as the legend of a chudail casts a looming shadow over her world.

Bulbbul is produced by Anushka's and Karnesh Sharma's home production Clean Slate Filmz. It also stars Paoli Dam and Parambrata Chatterjee. Shot majorly in Kolkata, the film is one of the highly anticipated ones of the month. Bulbbul marks the return of Anushka as a producer after the humungous success her Amazon Prime Video's Paatal Lok.

Talking about the film, Anvita said, “For me, the story of Bulbbul is a lore. A fable. Much like the fairy tales of old that were cautionary tales for young girls. Stories that, wrapped in magic and myth, asked us to look beyond the obvious and warned us not to be a version of what others want to see in us.  We sometimes forget that it is important for us to accept ourselves the way we are and I hope this film will act as a reminder of that.”

Karnesh told “At Clean Slate Filmz, we want to tell unique stories, regardless of the genre. With Bulbbul that is exactly what we have endeavoured. I am glad that together with Netflix, we have been able to tell this story of empowerment and will be able to reach out to audiences around the world.”

Anushka said, “From the moment I heard Bulbbul, we immediately wanted to produce it. It is a fascinating, captivating, cinematic story dipped in folklore which we instantly fell in love with. Anvita’s storytelling is extremely unique and with Bulbbul she is giving audiences something really clutter-breaking. Creative disruption has always been at the fore for Clean Slate Filmz right from NH10 to now Bulbbul and this film has our banner’s unique signature. We aim to produce content that stands out at all times and we are glad that we shared our vision with Netflix, with whom we have forged a strategic creative partnership. We hope audiences will enjoy watching Bulbbul just as much as we enjoyed making it.”