Did you know that Shakuntala Devi’s father took her to fairs and road shows to exhibit her mathematical genius? 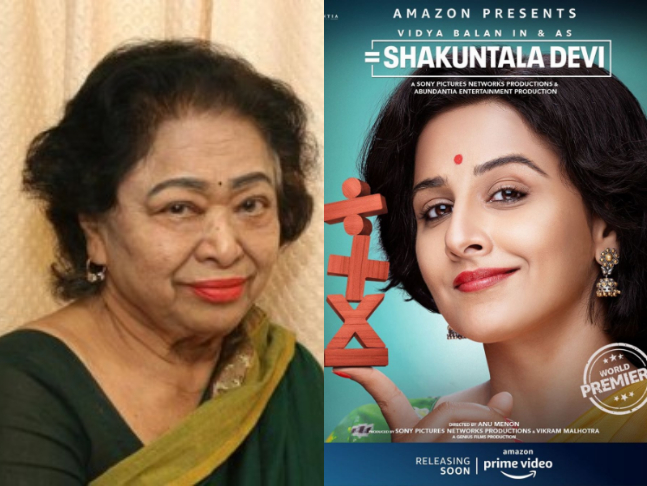 Amazon Prime Video's upcoming biographical film titled Shakuntala Devi will take a plunge into the life and triumphs of the genius Mathematician Shakuntala Devi. The film will emphasize various lesser-known facts about her life and how she astounded the whole world with her incredible calculation skills.

One of those lesser-known facts would be that Shakuntala Devi's father discovered his daughter's ability to memorize numbers while teaching her a card trick when she was about three years old. Upon being astonished by his daughter's exceptional abilities he took her on road shows that exhibited her ability to calculate quickly to make money.

After word spread around about Shakuntala Devi’s precocious abilities, she quickly gained the attention of universities. She was a prodigy as a child and went on to utilize her abilities to become a world class-educator, striving for a better future of the kids and striving for a better India! Precious jewels like her deserve to be commemorated and it's a matter of great importance that people will get to know more about her in the film based on her life.

The upcoming film Shakuntala Devi is directed by Anu Menon and produced by Sony Pictures Networks Productions and Vikram Malhotra. The film stars Vidya Balan in the lead along with the stellar cast of Jisshu Sengupta, Sanya Malhotra, and Amit Sadh. The film will be available for streaming on Amazon Prime Video from this 31st of July so mark your calendars and make sure to tune-in to the OTT platform!