Paava Kadhaigal Trailer: Prakash Raj, Kalki Koechlin, Sai Pallavi and others star in an anthology that dives deep into complexities of human relationships 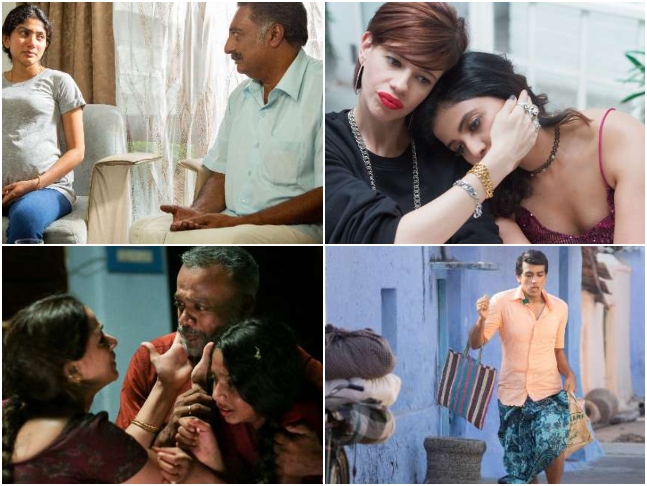 Netflix today launched the intriguing trailer of its first Tamil film - Paava Kadhaigal directed by Sudha Kongara, Vignesh Shivan, Gautham Vasudev Menon and Vetri Maaran. The four-part anthology takes you on a journey of exploring how love, pride and honour influence human relationships. The anthology is produced by Ronnie Screwvala’s RSVP Movies and Ashi Dua Sara’s Flying Unicorn Entertainment and will release exclusively on Netflix across 190 countries on 18 December 2020.

Directing Thangam, from Paava Kadhaigal - Sudha Kongara said, “Each story in Paava Kadhaigal explores human relationships from a perspective that it has never been looked at before - how far would one go in the name of honour. Working with the large powerhouse of talent that I did was great and I hope the viewers like the final product.”

Vignesh Shivan on directing Love Panna Uttranum said, “The shoot for the film was brilliant and it was a great experience working with such solid actors that gave their best performances. Paava Kadhaigal helped me explore such an authentic theme in an honest way and gave me the opportunity to work alongside some of the most experienced filmmakers from the industry.”

Gautham Vasudev Menon, director of Vaanmagal from Paava Kadhaigal said, “Making this film has been a learning experience for me and getting to direct my own self was something completely new that I did. It is incredible that this story - a true one that still happens in the country is being showcased to people all around the globe.”

Creator of Paava Kadhaigal’s Oor Iravu - Vetri Maaran said, “Each of these stories bring together incidents from across the country that are gruesome. It shows how pride on a personal and societal level affects human relationships. I am looking forward to this story reaching out to an audience around the globe and relate with them in some way or the other.”