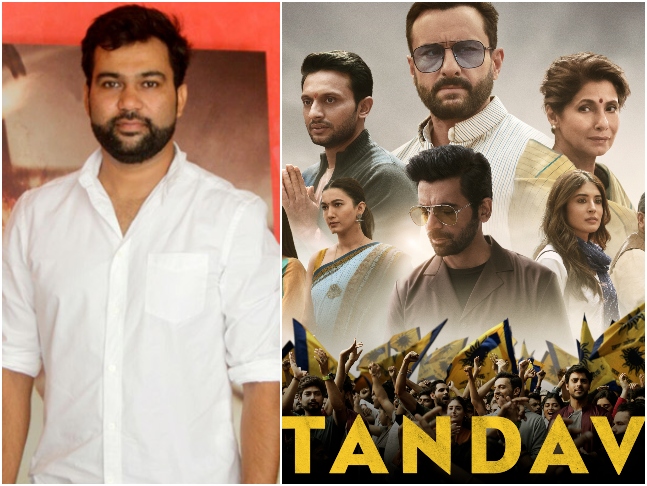 Saif Ali Khan's web series Tandav has garnered much attention for its great star cast, production value and engaging content before it released on January 15, 2021. However, the show not just opened to mixed reviews but a whole lot of controversies. Several politicians took offence at a particular scene featuring Mohd. Zeeshan Ayyub and slammed the show for promoting Hinduphobia and insulting Hindu Gods like Shiva and Ram. Multiple FIRs were registered in different corners of the country. Due to this, the Ministry of Information & Broadcasting had to intervene and ask the makers and the India head of the OTT platform, Amazon Prime, for an explanation.

Amid the controversy surrounding Tandav, the director of the series, Ali Abbas Zafar, issued a statement on Monday. "We have been closely monitoring viewer reactions to the web series 'Tandav' and today during a discussion, the Ministry of Information and Broadcasting have informed us regarding a large number of grievances and petitions received on various facets of the web series with serious concerns and apprehensions regarding its content hurting the sentiments of the people," the statement mentioned.

Through the statement, the team of Tandav apologised for unintentionally hurting the sentiments of the viewers. "The web series 'Tandav' is a work of fiction and any resemblance to acts and persons and events is purely coincidental. The cast and crew did not have any intention to offend the sentiments of any individual, caste, community, race, religion or religious beliefs or insult or outrage any institution, political party or person, living or dead. The cast and crew of 'Tandav' take cognizance of the concerns expressed by the people and unconditionally apologise if it has unintentionally hurt anybody's sentiments," the statement read.

Several political leaders took offence at the particular scene in which Zeeshan, a stage performer is seen playing Lord Shiva and is heard saying, "Azaadi, what the...?" So much so that Maharashtra BJP MLA Ram Kadam filed a complaint against Tandav's creators, actors and director. Amid this, security outside Saif's residence was beefed up.