The Girl On The Train: Parineeti Chopra’s heartbreak and ensuing pain overflows in ‘Matlabi Yariyan’ song from the film 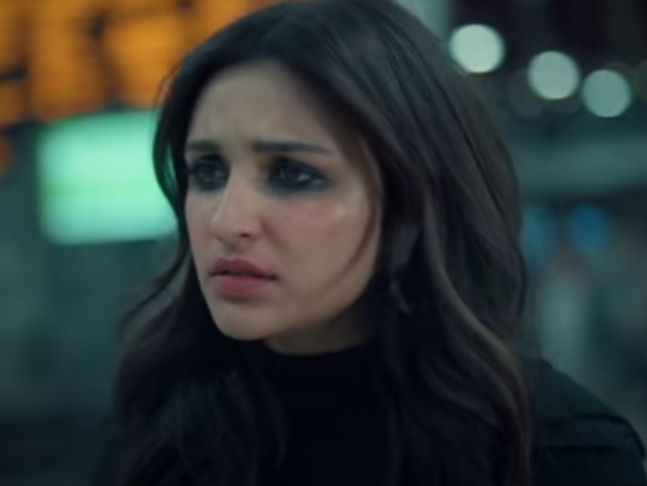 Parineeti Chopra’s upcoming film The Girl On The Train is one of the most-anticipated films of the year. After its trailer rocked the internet, now a new song titled Matlabi Yariyan is out. The song has been sung by Neha Kakkar and it captures the pain of heartbreak. Parineeti has also sung a version of the song in the film. Matlabi Yariyan has been composed by Vipin Patwa and Kumaar has written the lyrics for the same.

The song shows a heartbroken Parineeti, walking on the London Bridge thinking about the pain she is undergoing and her efforts at trying to control her drinking and getting a grip on herself. She breaks down in the shower and tries to regain a control on her life which is on a downward spiral. Parineeti also shared the track on Twitter and wrote, “WATCH THIS! Thankyouu @iAmNehaKakkar, for singing so beautifully!”

RECOMMENDED READ: ‘Hope third time’s lucky for me as well,’ says Parineeti Chopra as she croons her next song ‘Matlabi Yariyan’ for ‘The Girl On The Train’

The Girl on the Train is the screen adaptation of Paula Hawkins book of the same name. The film also stars Aditi Rao Hydari, Kirti Kulhari and Avinash Tiwary and is directed by Ribhu Dasgupta. The mystery thriller will premiere on Netflix on February 26, 2021.