‘Pagglait had a unique sync between the script and the way it was shot,’ say music director-singer Arijit Singh and lyricist Neelesh Misra 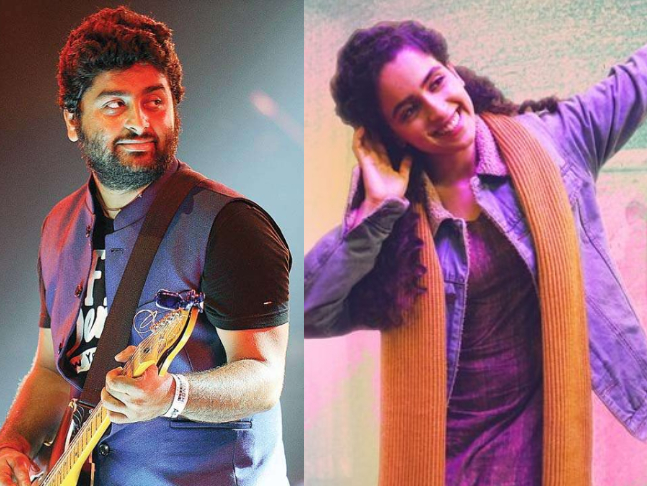 Sanya Malhotra’s Pagglait is one of the top trending films on Netflix recently. The film has already generated rave reviews for its storyline and performances. However, its music has also been applauded for being top-notch and different. The film also marks the debut of singer Arijit Singh as a music composer.

Talking about creating music for the film, Arijit said, “Whenever I work on any movie, I always find the written script and shot script different, but this one had a unique sync between the script and the way it was shot. It was the same vibe so there wasn't a need for rework and I was emotionally involved in the script and the silence in between spoke so much, that it had a specific dynamic in the narrative and that’s done wonderfully.”

He further spoke about how he created the music of Pagglait during lockdown and said, “I am thankful that just before the lockdown I collected my set up and traveled back to my native place. I never predicted the lockdown to be for such a long duration but to not risk it, I collected as much as I could (music set up) and spent the whole year working on the minimal set up I had. Credits to my team who really made this possible.”

Lyricist Neelesh Misra also shared his experience on working on Pagglait and said, “Working on Pagglait was a beautiful experience. I had taken a conscious break from writing lyrics for movies because I was not able to connect with the entire process. I am glad to be back in the industry with Guneet and Umesh who made the songs and lyrics such an integral part of the narrative. I feel privileged to collaborate with Arijit in his first venture as a music director.”