Advertisement
HomeWEBCASTDecoupled Trailer: R Madhavan and Surveen Chawla navigate through personal issues and troubled marriage with a dash of humour

Decoupled Trailer: R Madhavan and Surveen Chawla navigate through personal issues and troubled marriage with a dash of humour 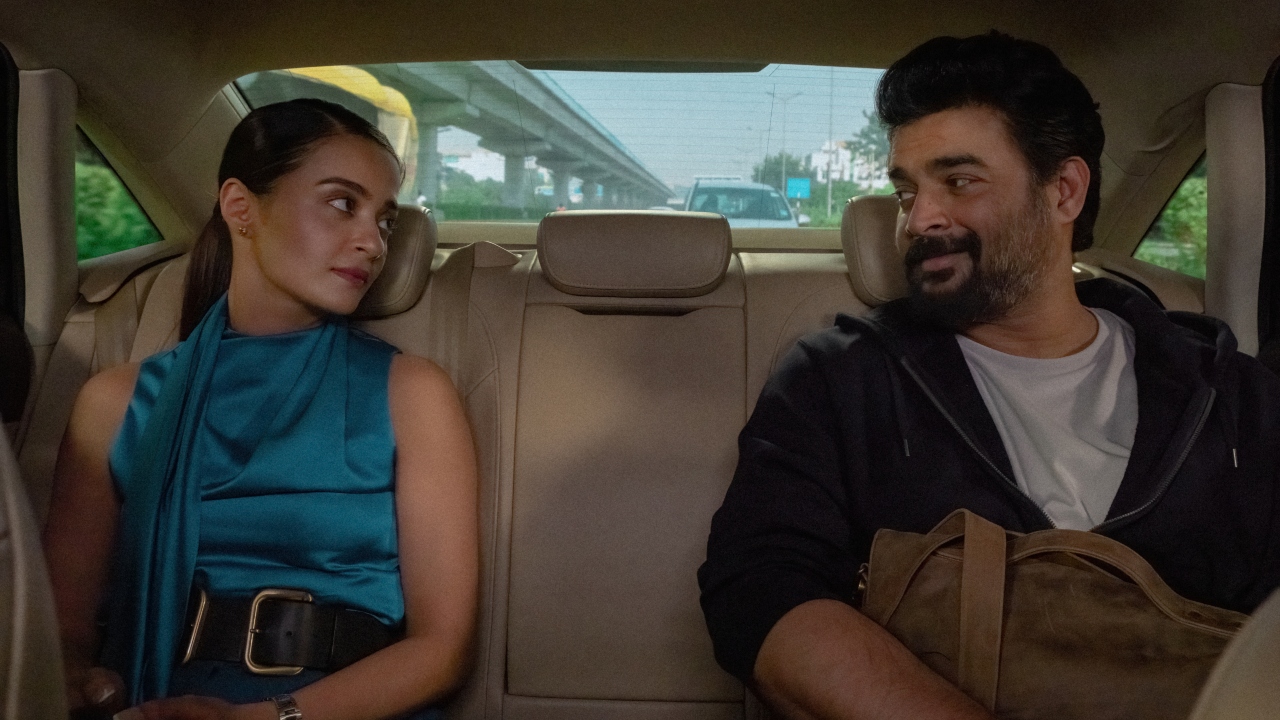 Nestled away in the luxurious streets of Gurgaon, amongst sleek, modern bungalows and gaping glass skyscrapers are married - well, sort of - couple Arya and Shruti. Filled with chucklesome, toe-tickling sarcastic banter, their life is far from mundane and nothing short of a dramedy! Netflix is all set to bring to audiences Decoupled,  starring the evergreen  R. Madhavan as ‘Arya’ and the versatile Surveen Chawla as ‘Shruti’. The couple’s rather split open union will surely leave the audiences in splits! Produced by Bombay Fables and Andolan Films, created by Manu Joseph and directed by Hardik Mehta, this laughter riot will release exclusively on Netflix on December 17, 2021.

From friends to life partners - Arya and Shruti have been through it all! As the sarcastic, outspoken pulp fiction writer Arya, and his calm, composed corporate suit CEO wife Shruti decides to call it quits on their marriage, all won’t be smooth sailing as what follows will leave you rolling with bouts of laughter. Although they decide it’s time to part ways, the two find unexpected chemistry as they hilariously navigate through their issues, and juggle the constant question of - should they or shouldn’t they be together. Should they decouple or not! 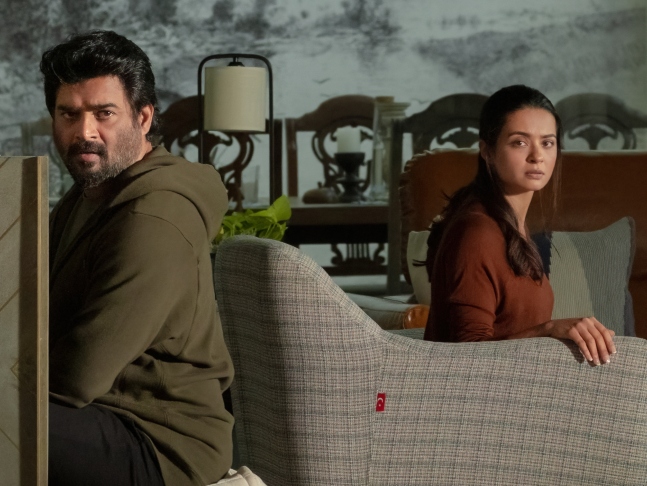 Speaking about Decoupled, creator Manu Joseph said, “Decoupled is about a guy who can see in any situation what others are trained to ignore. Naturally, it gets him into trouble wherever he goes, and this sort of objectivity is not healthy for a man in a marriage. One of our goals was to keep it all real. The thing about comedy is that if it is not real it is not funny, and what is difficult about comedy is that every component in a scene has to fire for it to work. It was amazing to watch Madhavan throw away his good-boy image for the lead role and reach deep into his delinquent side. Surveen Chawla, playing his long-suffering wife had a particularly challenging role because it is extremely hard to play a normal sane person. And I’m grateful to the director, Hardik Mehta, who taught me that men with great hairstyles can still be very grounded and hardworking. I hope you enjoy the trailer. "

Sharing his excitement about Decoupled, R. Madhavan said, “I play the character of ‘Arya’, a pulp-fiction writer who suffers from a rather uncompromised sense of objectivity and clarity, along with a determination to not compromise (ever!) - which is hilarious especially when pitted against his calm and composed wife Shruti, played by Surveen. I am thrilled to collaborate with a global platform like Netflix and grateful to Manu Joseph as well as Hardik Mehta for bringing this character and story to life. Surveen was a delight to work with through and through and I  hope the chemistry and humour we share on-screen leaves audiences laughing uncontrollably.” 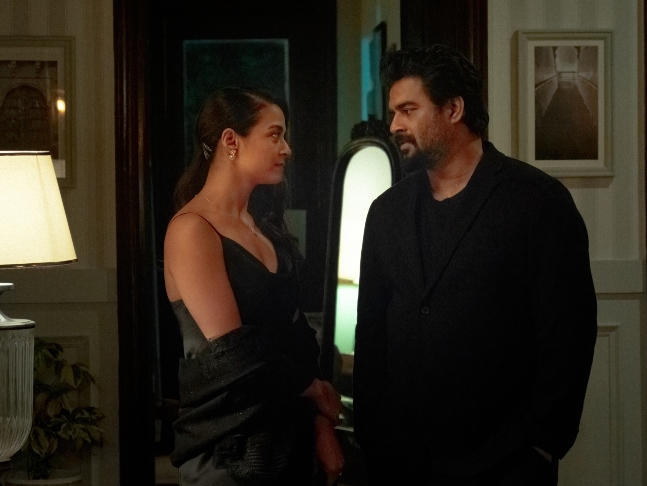 Surveen Chawla, who returns to Netflix after playing the much loved Jojo in Sacred Games said, “I am excited to return to Netflix and be a part of a completely different genre which will hopefully have audiences in splits. Decoupled hilariously sheds light on a modern couple trying to work through the nuances of marriage while trying to keep their sanity intact. Madhavan is playing my husband Arya’s character with utmost ease and his comic timing is spot on! The dynamic of Shruti and Arya is unique, honest and it was honestly such a refreshing experience. Manu Joseph and Hardik Mehta were incredible in pegging us on to bring these characters to life in our own ways. It is an entertaining  comedy and we hope the audiences enjoy watching it.”