Karan Johar praises his digital journey with Netflix ahead of 'The Fame Game' release, says 'not only had an immensely collaborative partnership but also a supremely successful one' 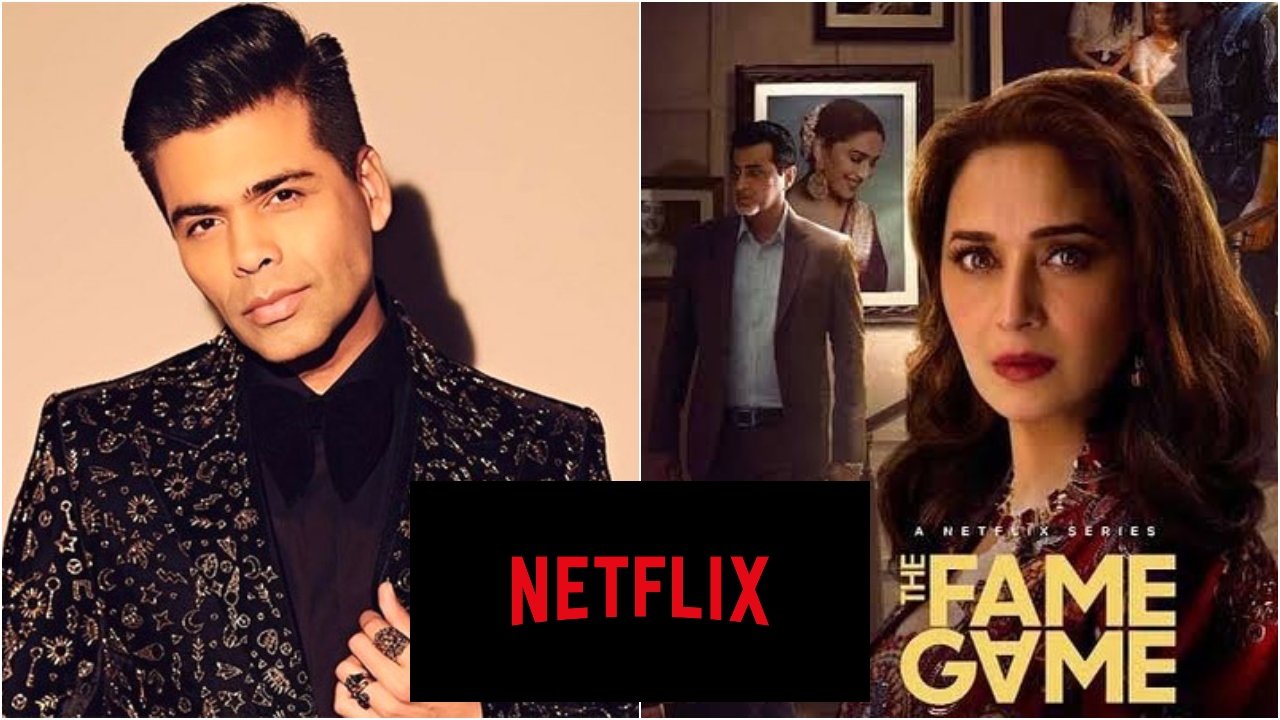 Karan Johar's Dharmatic Entertainment in collaboration with streaming giant Netflix is all set to present yet another gripping story with Madhuri Dixit's debut web show The Fame Game. The Netflix show casts Madhuri as a Bollywood star named Anamika Anand with a ‘dark side to' her fame. The web show also stars Sanjay Kapoor, Manav Kaul, Lakshvir Saran, Suhasini Mulay and Muskkaan Jaferi, among others. Now, as the show gears up for its release tomorrow, KJo has penned a note filled with gratitude towards Netflix and their long & successful collaboration.

Sharing a poster of The Fame Game, Karan took to Instagram and wrote, "My digital journey began with #luststories on @netflix_in and from then grew a partnership that will always be special to me and all of us at @dharmaticent and @dharmamovies …. We had not only had an immensely collaborative partnership but also a supremely successful one … from the crazy bingy #fabulouslivesofbollywoodwives to the dark and intense #ajeebdaastaans from the topical and relevant #guilty to the sweet burst of first love #meenakshisundareshwar … the power of #gunjansaxena to now our first scripted series #thefamegame we are grateful to @netflix_in for nurturing our content with love and care ! For searching for solid content within us and also #searchingforsheela #thefamegame is as I said our first scripted series and we can’t wait for the binge universe to consume it with the passion that we have made it with! #thefamegame drops tomorrow !!! Go make it your weekend binge."

Recommended Read: Gumrah to The Fame Game – a look at Dharma Productions suspenseful dramas over the years!

The Fame Game, directed by Bejoy Nambiar and Karishma Kohli, will begin streaming on Netflix from February 25.