Anushka Sharma applauds Indian women cricketer Jhulan Goswami’s feat of breaking the record for most wicket in the Women’s World Cup against West Indies. Anushka took to her Instagram stories tp laud her ‘champion’. Anushka will soon be seen essaying the role of the bowler in her biopic Chakda Xpress. With the biopic she will be returning to screen after a 3-year-long break. Her last release was Zero in 2018.

Amid the ongoing Women’s World Cup, Jhulan raced past Australia’s Lynn Fullston by becoming the highest wicket-taker in World Cup. 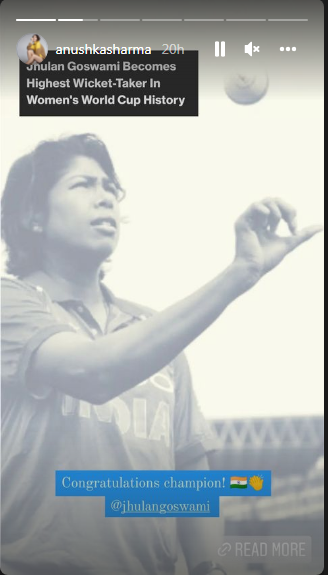 RECOMMENDED READ: Get-Sweat-Go! Anushka Sharma's prep gets 'hard and intense' as she shares a glimpse of her 'Chakda Xpress' Cricket practice

Anushka also congratulated Indian skipper Mithali Raj as she broke the record of most matches captained in the ICC Women’s World Cup. Taapsee Pannu is essaying the role of Mithali in her biopic Shabaash Mithu. 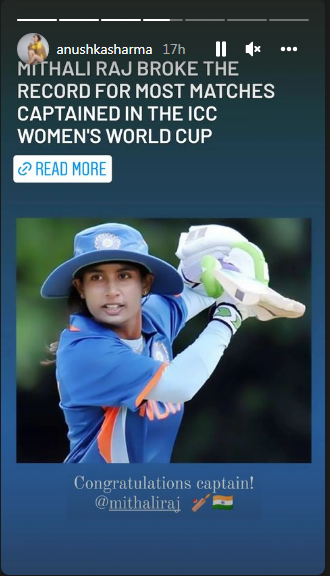 Anushka has been training hard to essay the role of Jhulan as Chakda Xpress will be focusing on the battles and challenges she had to face to make a place for herself in the world of cricket.

The Lord of the Rings: The Rings of Power releases new clip, shows Arondir, Galadriel and Gil-galad