Advertisement
HomeWEBCASTZoya Akhtar’s The Archies goes on floors; cast announcement including Suhana Khan, Agastya Nanda and Khushi Kapoor to be made soon?

Zoya Akhtar’s The Archies goes on floors; cast announcement including Suhana Khan, Agastya Nanda and Khushi Kapoor to be made soon? 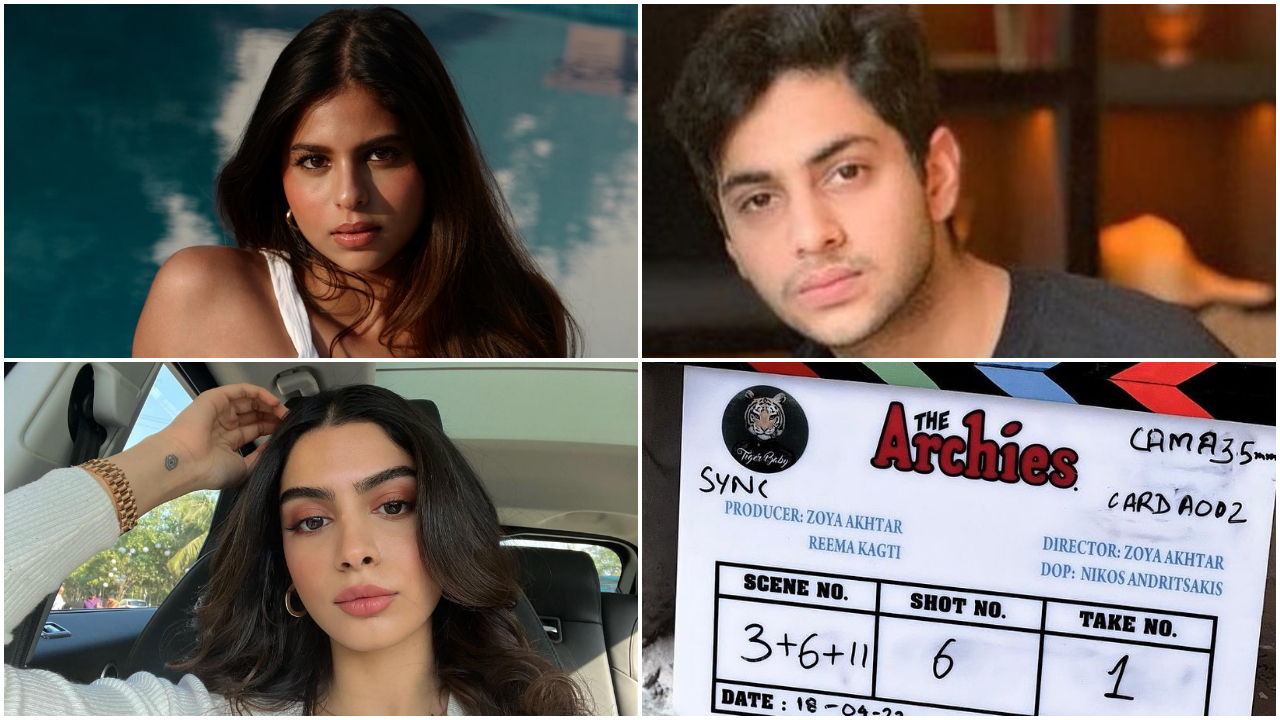 There has been a whole lot of buzz about Suhana Khan, Khushi Kapoor and Agastya Nanda’s highly-anticipated debuted for a long time. As per reports, the trio will make their feature film debut in Zoya Akhtar’s upcoming film The Archies that is based on the popular comic book series. Although there has been no official announcement about the trio’s casting but the film has finally hit the floors today. Producer Reema Kagti announced the news on social media today.

Reema took to Instagram to share a photo of clapboard with details about the first shots of the musical. She wrote, “#Archie’s #shootstarts #TigerBaby’s first solo production #partnerincrime @zoieakhtar @netflix_in.” Farhan Akhtar also re-shared the post on his Instagram story and wished the team for new beginnings.  Hopefully, after this announcement the producers will announce the cast as well soon.

RECOMMENDED READ: Suhana Khan, Khushi Kapoor and Agastya Nanda to shoot for The Archies in Ooty for 40 days?

As per reports, Suhana will play the role of Veronica Lodge while Khushi will play Betty Cooper and Agastya will essay the role of Archie Andrews. A leading daily had previously reported a source that said, “Suhana plays the popular Veronica Lodge to Khushi’s Betty Cooper, with Agastya joining them as Archie Andrews. Khushi will reportedly be seen sporting a fringe to look the part of the preppy Betty. The filming will take place for the next 40 days in Ooty and areas surrounding the hill station. The production has hired local cast and crew on the project, with only the principal actors and core members of the team flying in from Mumbai."

The pictures of the trio from the film’s sets, reportedly for a costume trial had gone viral previously. The feature film adaptation of Archie comics is produced by Zoya and Reema's Tiger Baby Films along with Sharad Devarajan's Graphic India and Archie Comics.