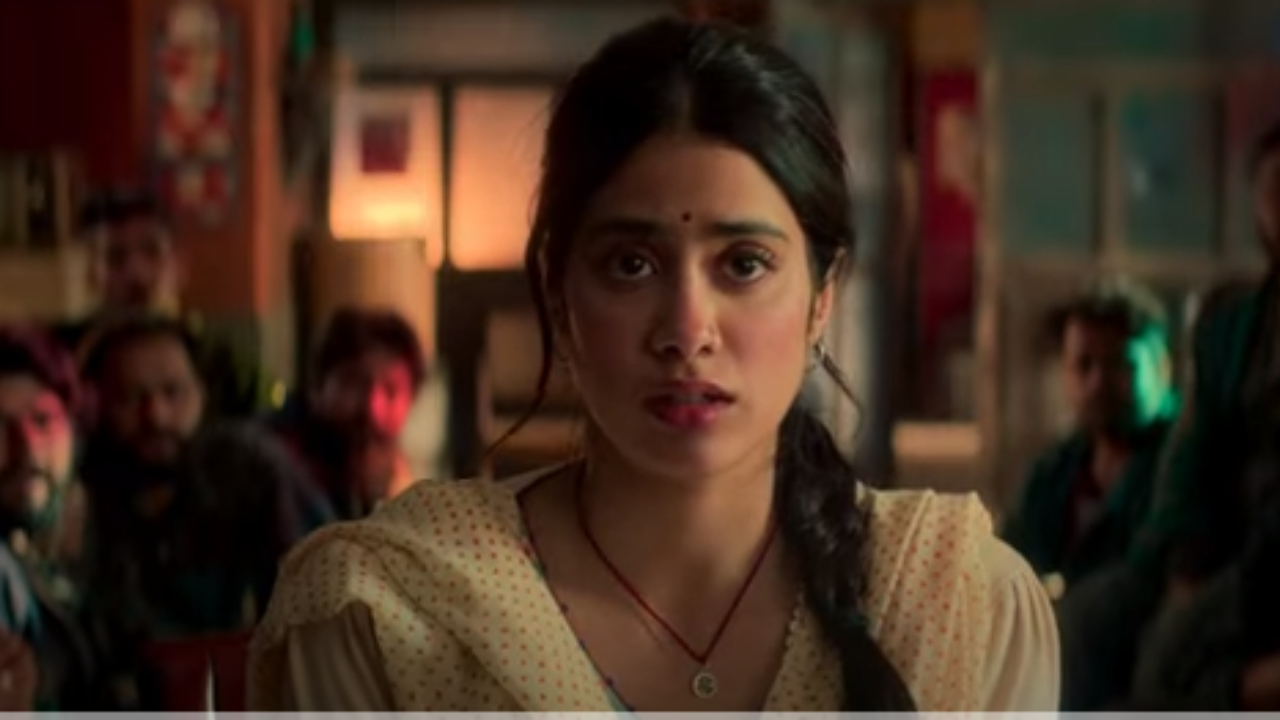 When life is a roller coaster, how do you tackle the bumps? Disney+ Hotstar today announces the trailer of Good Luck Jerry answering this and more through the hilarious, riveting journey of Jerry. Produced by Aanand L. Rai’s Colour Yellow Productions, Subaskaran Allirajah's Lyca Productions and Mahaveer Jain Films, the film is directed by Siddharth Sen who makes his debut with the crime comedy releasing on July 29, 2022 on Disney+ Hotstar.

Presenting a whirlwind journey stringing a tumultuous family, a drug mafia, multiple lovers and the police, Good Luck Jerry is a con-medy of the survival of the wittiest when pushed to the wall. Here, chaos gets unspooled at every turn. The film stars Janhvi Kapoor as the docile yet gritty character along with a terrific ensemble, including Deepak Dobriyal, Mita Vashisht, Neeraj Sood and Sushant Singh. The film marks Aanand L, Rai’s second association with Disney+ Hotstar, following the phenomenal success of the romantic fantasy drama Atrangi Re.

Producer Aanand L. Rai said, “In Good Luck Jerry, we created a unique synergy out of moral dilemmas and life’s compulsions surrounding the turbulent life of a comman man. Viewers can expect a punch of comedy and drama through various aspects of this film. Delighted to have embarked on this journey with Disney+ Hotstar to bring Jerry’s thrilling yet hilarious story to the audience.”

Director Siddharth Sen said, “We have had very few female-led con-medy films. So naturally, with this film, we wanted to redefine the unusually known word, ‘con men’. Janhvi Kapoor pins the character perfectly in her portrayal of the character's desperation to fight and protect her family. The film’s pulp noir tonality presents comedy in a whole new dimension to viewers, and I hope that they like what we have in store for them. I am thankful to Aanand (L Rai) sir and Disney+ Hotstar for putting faith in me and can’t wait to see the audience reaction.”

Actor Janhvi Kapoor said, “Good Luck Jerry has been an exciting experience as it gave me the opportunity to explore a completely unique genre. Siddharth has been a catalyst in truly bringing out the Jerry in me! Working with Aanand L Rai was an enriching and rewarding experience. To be a part of this film - has been a dream come true. I am excited for it to be released on Disney+ Hotstar. As an actor, it gives me an opportunity to ensure my work reaches a larger diaspora.”

Gaurav Banerjee, Head - Content, Disney+ Hotstar & HSM Entertainment Network, Disney Star, said, “Disney+ Hotstar has had a fantastic association with Aanand L. Rai. Our subscribers really loved Atrangi Re and now Aanand is back with another film which has all his trademark strengths- amazing characters in a unique world. We hope you will wish Janhvi good luck as she takes on being Jerry!”

Tune into Disney+ Hotstar on July 29 to join Jerry on her roller-coaster journey for survival in con-medy, GoodLuck Jerry.