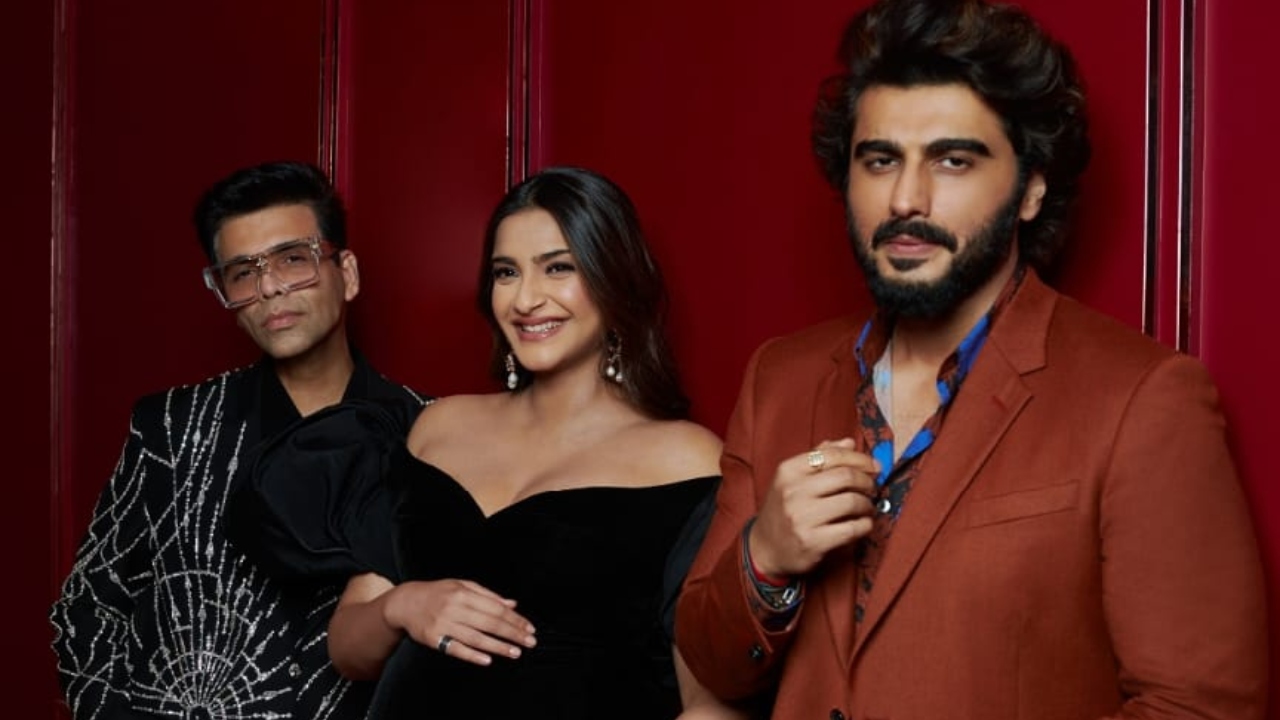 Sonam Kapoor Ahuja and Arjun Kapoor will be gracing the couch of Koffee With Karan 7 in its sixth episode. Celebrating the festival of Raksha Bandhan with the audience, Karan Johar has invited the siblings who are hands down a riot together. The promo of Sonam and Arjun's episode was shared by Karan on social media.

In the promo, Arjun revealed Sonam's most annoying habit. He said she has the habit of complimenting herself without waiting for others to do so. The actress, who is pregnant with her first child, called Ranbir Kapoor the man of the hour but forgot the title of his upcoming film, Brahmastra.

Sharing the video, Karan wrote, "This episode is all about the S and M: side-splitting laughter and mind-boggling revelations. Watch the sixth episode  of #HotstarSpecials #KoffeeWithKaranS7 streaming this Thursday from 12:00am only on Disney+ Hotstar."

We cannot wait to watch this fun episode!