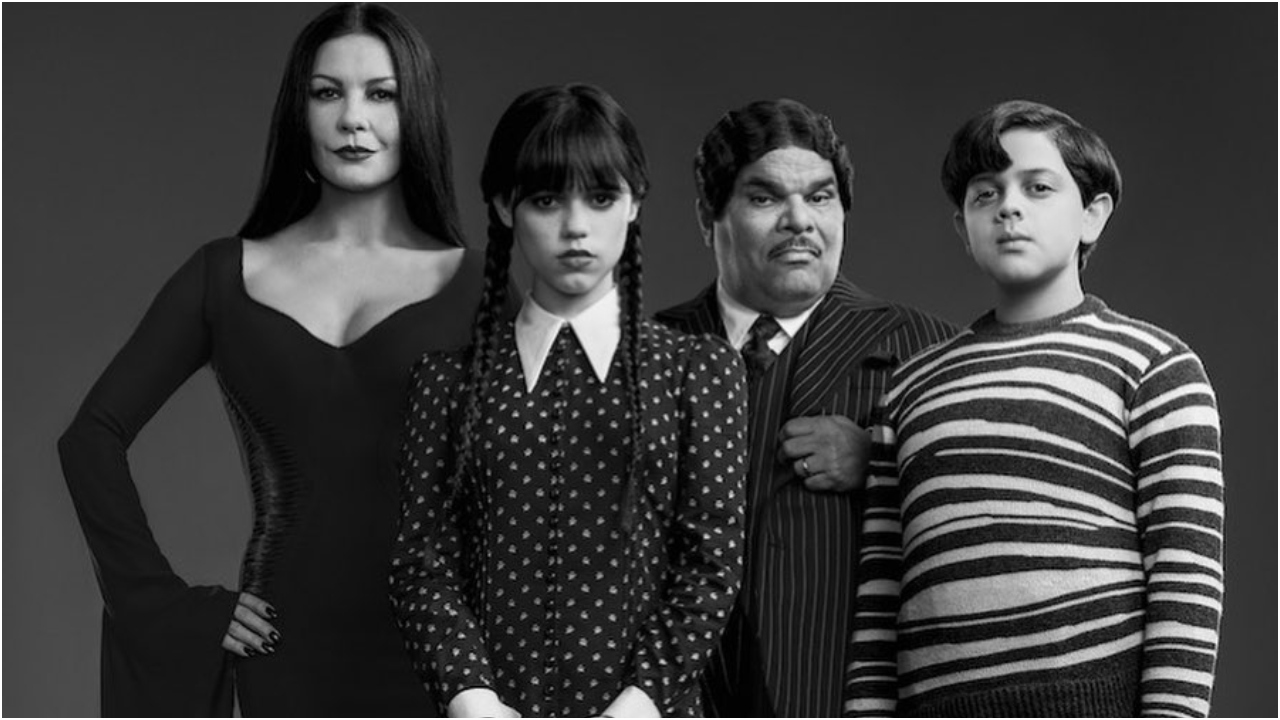 Netflix unveiled the teaser of its upcoming series, Wednesday, on August 17. The series will see Catherine Zeta-Jones as Morticia Addams. The 52-year-old actress looks unrecognizable in the first-look pictures and teaser of the show.

She will be seen in the show alongside Luis Guzman, who plays her husband, Gomez Addams, and Jenna Ortega plays their daughter, Wednesday Addams. The show has been directed by Tim Burton. The teaser gives us a glimpse of the disoriented family that the Addams are. Taking to Instagram, Netflix shared a black and white image of the Addams Family which they captioned, “Say hello to Netflix’s Addams Family. Catherine Zeta-Jones, Jenna Ortega, Luis Guzman, and Isaac Ordonez star in Wednesday, the new series from Tim Burton.” Jenna Ortega plays the titular character and is front and center of the family with a stern face and characteristic braids.

Wednesday, which is touted to be a horror comedy, will premiere on Netflix this fall.