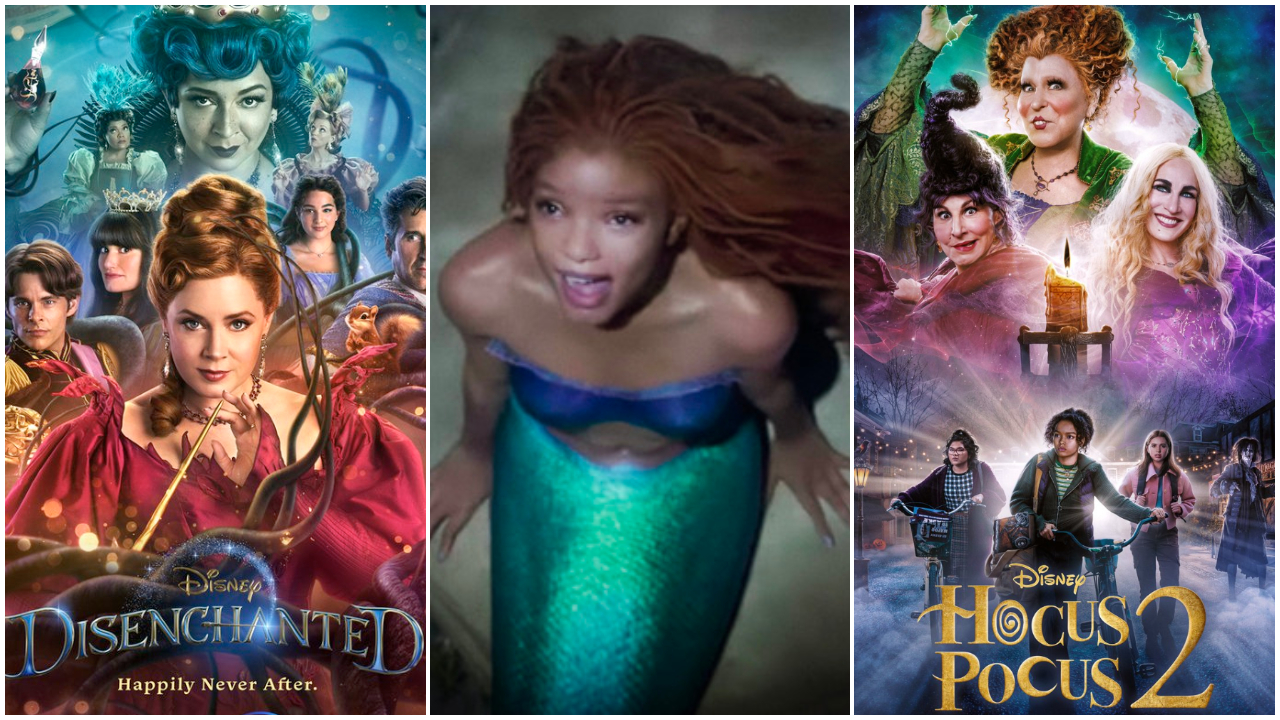 D23 Expo 2022, the Disney-backed convention in Anaheim had a thrilling first day with several first-look posters, announcements, teasers and trailers being dropped. The first trailers of The Little Mermaid, Hocus Pocus 2 and Disenchanted were unveiled on Friday. Read on for more details:

Out of the sea, wish I could be... part of that world.

Disney's The Little Mermaid is coming to theaters May 26, 2023. pic.twitter.com/lUw5BmYRK5

Disney unveiled the first teaser of its highly-anticipated live-action retelling of The Little Mermaid with Halle Bailey in the titular role. The teaser features beautiful shots of Halle Bailey’s Ariel in the ocean with the iconic Part of Your World playing in the background. Halle also sings some of the song in the teaser as she plays Ariel, a beautiful and spirited young mermaid with a thirst for adventure above the sea. The youngest of King Triton’s daughters, Ariel wants to learn more about life above the sea and while visiting the surface falls for dashing Prince Eric. She makes a deal with the evil witch, Ursula, which grants her a chance to experience life on the land, but ultimately places her life and her father’s kingdom in jeopardy with her foolhardiness.

The film is directed by Rob Marshall and also stars Daveed Diggs as the voice of Sebastian; Jacob Tremblay as the voice of Flounder; Awkwafina as the voice of Scuttle; Jonah Hauer-King as Prince Eric; Art Malik as Sir Grimsby; Noma Dumezweni as Queen Selina; with Oscar winner Javier Bardem as King Triton; and two-time Academy Award nominee Melissa McCarthy as Ursula. The film is based on the short story by Hans Christian Andersen, and the Disney animated film by Ron Clements and John Musker. Disney's The Little Mermaid is coming to theaters May 26, 2023.

The highly-awaited teaser trailer of all-new live-action musical comedy Disenchanted was unveiled at the D23 Expo 2022. The eagerly awaited sequel to Enchanted comes after 15 long years and reunites original cast members Amy Adams, Patrick Dempsey, Idina Menzel, and James Marsden and also stars Maya Rudolph, Gabriella Baldacchino, Yvette Nicole Brown, and Jayma Mays. Disenchanted is directed by Adam Shankman and features new songs from Alan Menken and Stephen Schwartz. The teaser trailer follows Giselle (Amy Adams) and Robert (Patrick Dempsey) after their wedding, but the former has grown disillusioned with life in the city and so they move their growing family to the sleepy suburban town of Monroeville in search of a fairy tale but it eludes them as the town has its own set of rules making Giselle feel out of place. Frustrated she resorts to the magic of Andalasia for help but things go downhill as she turns the town into a real-life fairy tale bringing more troubles in its wake. She must reverse the magic and find what happily ever-after truly means to her and her family. Disenchanted starts streaming on Disney Plus from November 24.

Bette Midler, Sarah Jessica Parker and Kathy Najimy reunite for the highly anticipated Disney+ Original Movie Hocus Pocus 2. The live-action long awaited sequel to the Halloween classic debuted a brand new trailer at D23 Expo. The delightfully wicked Sanderson sisters are back to cause more comedic mayhem in Salem. The film will debut on Disney+ on September 30.