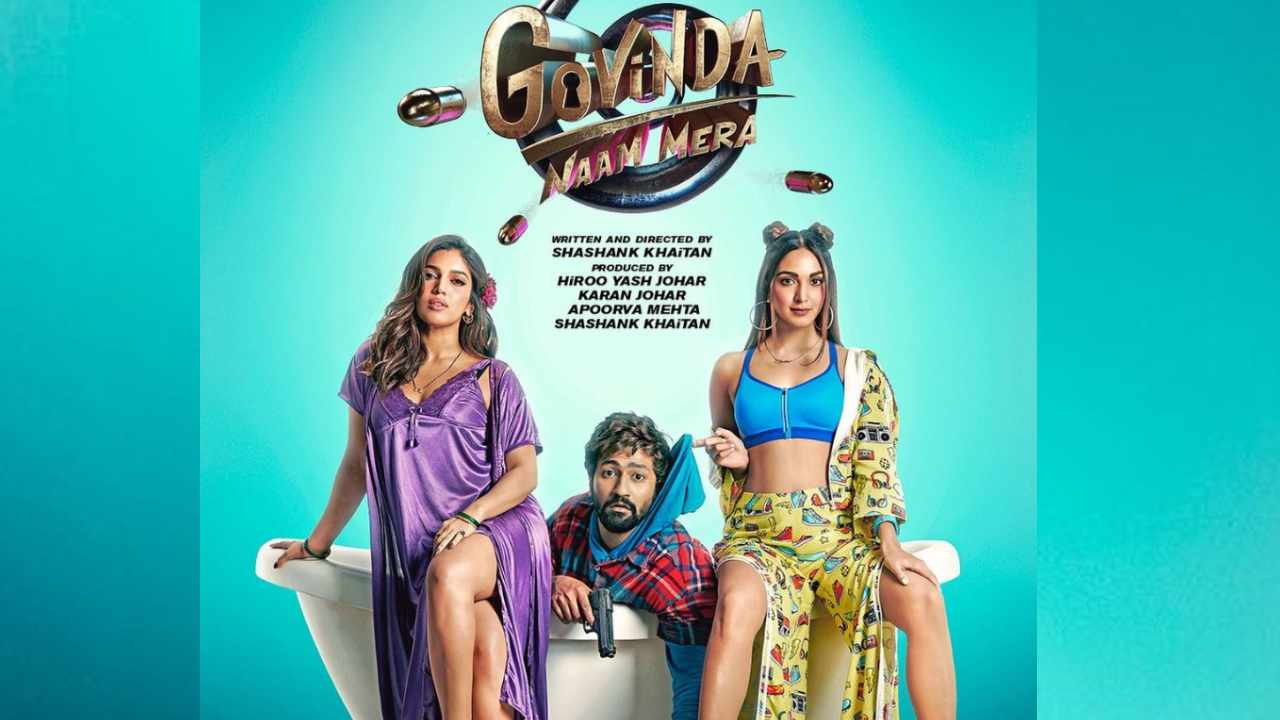 With a twisted love story, dramatic life, and ultimate chaos, will Govinda prove to be the underdog who emerges through this victorious circle? Disney+ Hotstar released the trailer of this year’s biggest comedy thriller, Govinda Naam Mera, jointly produced by Viacom18 Studios & Dharma Productions. Presenting Bollywood star Vicky Kaushal in an all-new avatar, the complete family entertainer has been written and directed by Shashank Khaitan and produced by Hiroo Yash Johar, Karan Johar, Apoorva Mehta, and Shashank Khaitan. Also starring Bhumi Pednekar and Kiara Advani, the mass entertainer will release exclusively on Disney+ Hotstar on 16th December, to kickstart the holiday season.

Exploring the happy-go-lucky life of Govind A Waghmare (Vicky Kaushal), a struggling choreographer, the comedy thriller takes viewers on a roller coaster ride of laughter, romance, and thrill. Wedged between his marriage with Gauri (Bhumi Pednekar) and love for his girlfriend, Suku (Kiara Advani), the three actors come together for an unconventional love triangle with dramatic turns and twists.

Vicky Kaushal said, “I am very excited to collaborate with Shashank for a fun story. We’ve made this film with all our hearts and it makes me happy to finally bring it to my audiences. My association with Karan and Dharma has always been special and with Disney+ Hotstar on board, it only gets better!.”

Shashank Khaitan said, “I like creating films that cater to family audiences. Govinda Naam Mera is rooted in comedy, romance, and dance, making it a family watch. With the holiday season kickstarting where families often watch movies together, the idea was to bring a movie close to the audience through Disney+ Hotstar that will implore a whirlwind of emotions as you hold your bellies!”

Bhumi Pednekar said, “The journey of Govinda Naam Mera has been super fun so far. I am nervous and excited at the same time as it’s a different genre for me and I can’t wait to see what the viewers think of it.”

Kiara Advani, recalling the fun vibe from the set, said, “Govinda Naam Mera is our labor of love. Dharma is home and this film further strengthens my association with them. Suku was an exciting character to take on. I hope the audiences enjoy the film as much as we did making it.”

The official synopsis of the film reads, “The happy-go-lucky Govinda Waghmare finds himself caught between his bullying wife, an unhappy mother & a girlfriend who wants to marry him. It’s all fun and games until he discovers that he may end up losing his inheritance, the ancestral bungalow in which he lives. Govinda Mera Naam takes a dramatic turn when a change is committed. Hereon the film’s journey becomes a series of thrilling events. Each character in the movie has a dark side, and nothing is as it seems.

Tune into Disney+ Hotstar on 16th December to watch the chaos that unfolds in Govinda’s life in Vicky Kaushal starrer, Govinda Naam Mera.