Bankrolled by Anushka Sharma, Paatal Lok is a neo-noir web series that will probably make you sit up and say woah what did I just watch! Based on a crime thriller book written by Sudip Sharma, the Amazon Prime Video series sees Jaideep Ahlawat in a power-packed and author-backed role of a police inspector trying to solve a murder case that becomes murkier at every turn.

The series starts off with Jaideep giving us and his new deputy a bifurcation of how crimes in Delhi are categorized according to the social class. Apparently, his discourse is based on the scriptures but he proclaims that this piece of divine knowledge has been brought to him via WhatsApp.While on a regular night patrol he explains to his subordinate Ansari (played by Ishwak Singh) and tells him, "Our jurisdiction Outer Jamuna Paar is the 'Paatal Lok- the netherworld' that is infested with creepy crawlies, the hardened criminals. Cops like us who cater to these can drudge away their years of service with no hope of a promotion or a good case. On the other hand, there is the Lutyens' Delhi, Aurangzeb Road which is the Swarg Lok where the crimes never make it to the courtrooms or to the media. Cops there do not get to do anything, no promotion no cases. On the other hand, Mehrauli, Preet Vihar, Vasant Vihar, Noida is Earth or Dharti Lok and sometimes the creepy crawlies come and bites these precious souls and then you have a scandal like the Nithari Scandal, Aarushi Scandal and that's the only way a cop can be promoted." 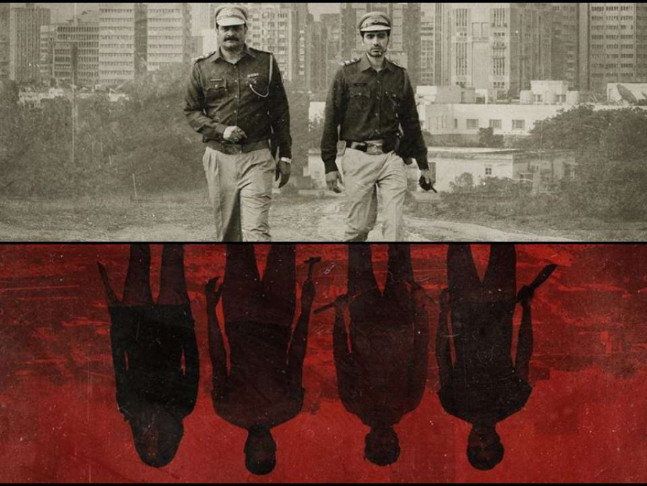 With these prophetic words, our protagonist Jaideep and his trusted junior Ishwak lay the foundation of this gripping crime series. Jaideep is a harried cop who is looking for one case that will make his career shine and make him a winner in his eyes as well as others. He is a family man married to Gul Panag with a wayward son and a superior who once was his junior. However, his prayers are swiftly answered as he gets a high-profile murder case to investigate. A gang of four criminals is busted before they venture out to kill their target, a media head honcho played by Neeraj Kabi, and Jaideep and his team of officers need to find the motive and the main culprits behind the hit. 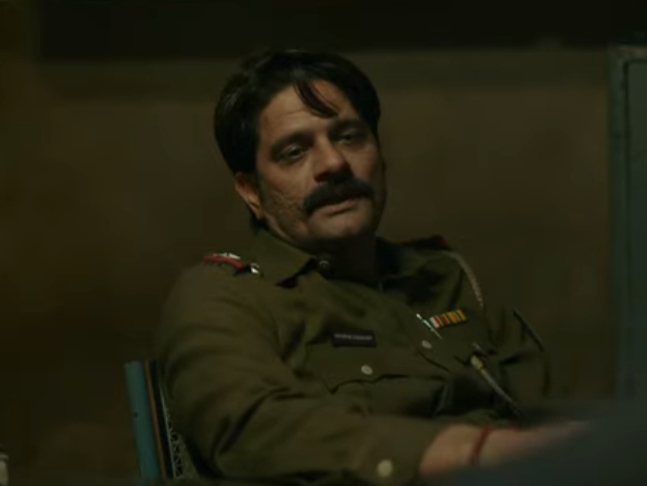 However, it is not an open-and-shut case as thought earlier and soon a web of lies, deceit and hidden agenda with murky details start to surface. However, not for long as the media leaks details about the case that leads to the suspension of Jaideep.

Abhishek Banerjee plays the hitman hired to finish off Kabi. As Hathoda Tyagi, he is a revelation from his comic act of Stree and we often get to see the craziness that he aptly depicted in the film when supposedly possessed by the ghost. He is a hardened criminal, who talks less but can kill with only one glance. A great lover of dogs, his choice of weapon is not a lowly pistol, rifle or a knife but the brutal hammer. 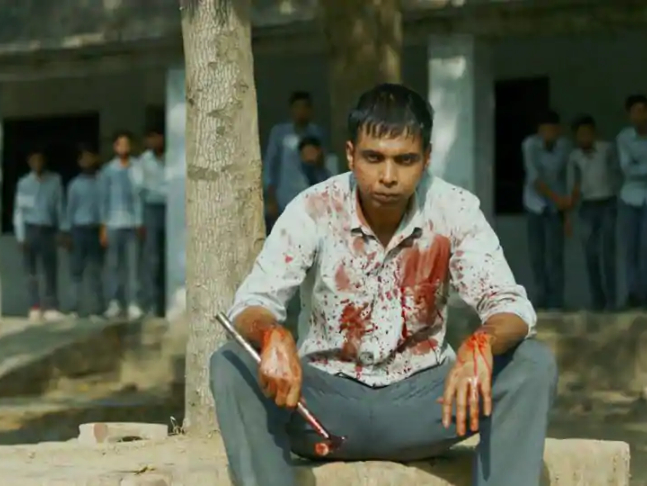 Paatal Lok gives a solid background of the four accused and what made them pick their own life trajectories. The series offer some brilliant stuff with well defined character arcs and superb non-linear editing. On the other hand, the series does not shy away from showcasing society's cruelty towards stereotypes, minorities, marginalized, downtrodden, lower castes and broken families. Paatal Lok deftly meanders from an assassination attempt to a much bigger picture that touches on the dirty politics of land, caste, social status and money.

Talking about the acting, Jaideep is super cool as the officer-in-charge. For an actor par-excellence, Jaideep has not actually got his due but Paatal Lok will definitely do away all the wrongs. Even with power-packed performances in films like Gangs of Wasseypur, Commando, Raees, Raazi and others, Paatal Lok will be his magnum opus. He is cool, calm, composed, comical at places and conniving when he needs information from the criminals. However, when he loses his cool he is like a tiger unleashed who should be feared and not toyed with. Paatal Lok has few laughs but all of them come when Jaideep is cracking a joke with his mannerisms or trying to stifle a chuckle. The man steals the scene in every frame and irrespective of the fact that he towers over everybody in height his acting is impeccable and superlative to everyone in comparison. 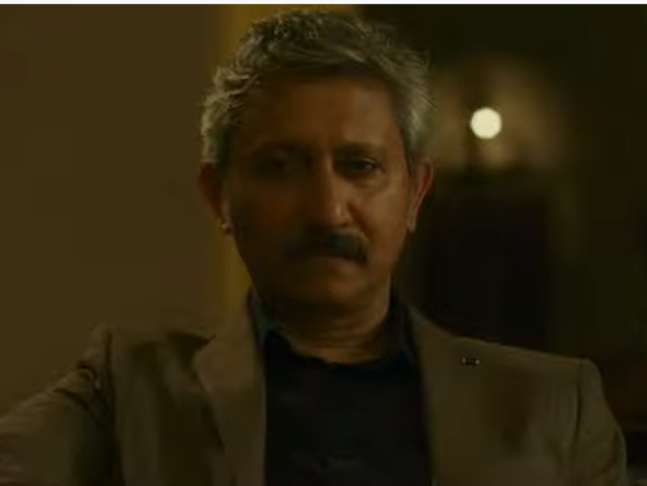 Ishwak, as the trusted junior is also someone to watch out for. His rookie character is endearing and purposeful with no tomfoolery attached. He is the other humane character in the show for whom you want to vouch for. Gul Panag as Jaideep's wife also gives a commendable performance. Neeraj Kabi as the murder target also gives a balanced and controlled performance. Swastika Mukherjee as his anxiety-ridden wife portrays her role well and you feel sorry for her condition as well as empathize with her. Abhishek as already mentioned earlier has done a class act and his unhinged character sends a shiver down your spine. Ankur Vikal is deadly and spine-chillingly nasty. His devilry can be seen in his eyes as he does not use any weapons to terrorize his henchmen or his enemies. Rajesh Sharma and Niharika Lyra Dutta have meaty and fiery roles to boot. 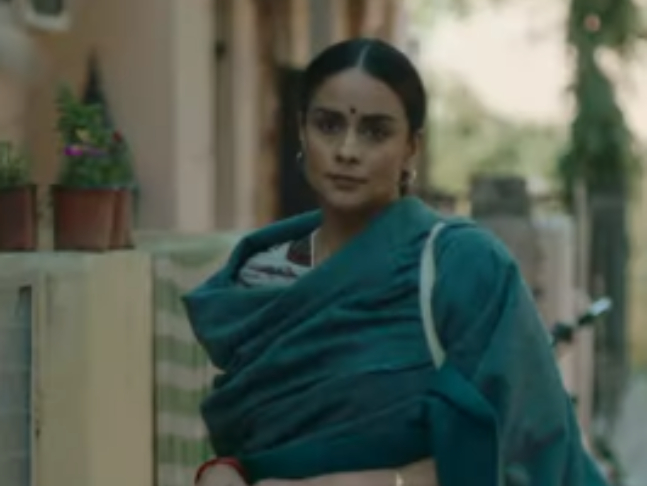 Avinash Arun's and Prosit Roy's direction is taut, gripping, and edgy.They never let the pace of the series slacken or the audience's interest waiver. Paatal Lok deserves your utmost attention because every frame has a clue that ultimately ties up in the end. One can safely say, Anushka Sharma, with her production house Clean Slate Filmz, has placed her bets on the winning horse!

Time to infuse dollops of entertainment in your Lockdown 4.0 as Paatal Lok is one web series that is a must-watch!