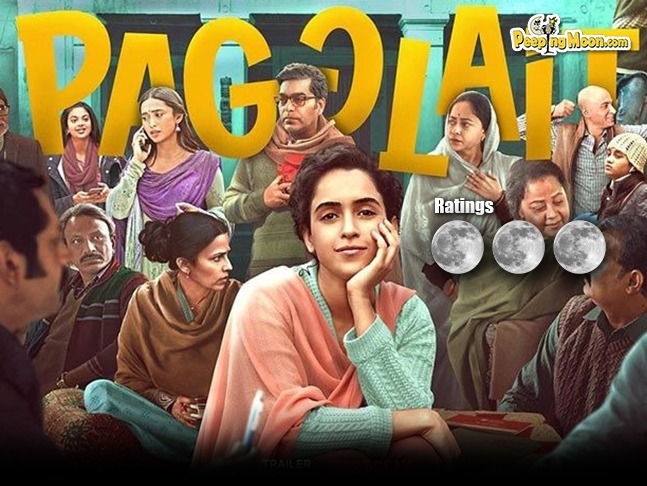 Life and death hold a deeper meaning in Hinduism. According to our deep-rooted culture, when a person dies, his/her soul remains around for 13 days since it is unable to break the relationship with the physical body it was associated with for many years. The soul then takes a different form and attains peace. Revolving around the significance of these 13 days of mourning and how humans, dead or alive, progress into a different life with a mixed bag of emotions, Umesh Bist helms Pagglait. The Netflix original film starring Sanya Malhotra, Ashutosh Rana, Sheeba Chadha, Raghubir Yadav and others has released today.

Pagglait is about the Lucknow-based Giri family. Shivendra Giri (Ashutosh Rana) and his wife Usha (Sheeba) are mourning the untimely demise of their son, Astik. The ageing parents are shattered as their strongest pillar of financial and moral support is no longer with them. While the family is mourning, Astik’s widowed wife, Sandhya (Sanya) finds it difficult to cry and express grief. In such a situation, a wife is expected to cry. But when Sandhya remains unaffected, the relatives attending the rituals term it as a post-trauma psychological problem.

Pagglait showcases two diverse worlds. One is Shivendra and Usha’s helplessness and grief and the other is Sandhya’s uncommon behaviour. The grey part is filled with neighbours and relatives who are more interested in gossips. Be it blaming the girl for her husband’s death by calling her a manglik to interfering in the family’s personal life, such aunties are not very difficult to find. While the family is in mourning, Sandhya sneaks out with her friend Nazia Zaidi (Shruti Sharma) to enjoy panipuri as if nothing has happened. Here, we would have loved to see a little more of Sandhya and Nazia’s friendship and how it evolved her as a person.
As we begin learning about Sandhya and Astik’s not-so-romantic relationship, the former finds out that her late husband's former girlfriend and colleague, Akanksha Roy (Sayani Gupta). Unlike Sandhya, Akanksha is modern, independent and well-groomed. In Pagglait, we don’t get the angle of typical kabhi soutan, kabhi saheli vibes. It is interesting to see the relationship between the ex-girlfriend and wife take its own shape, naturally. 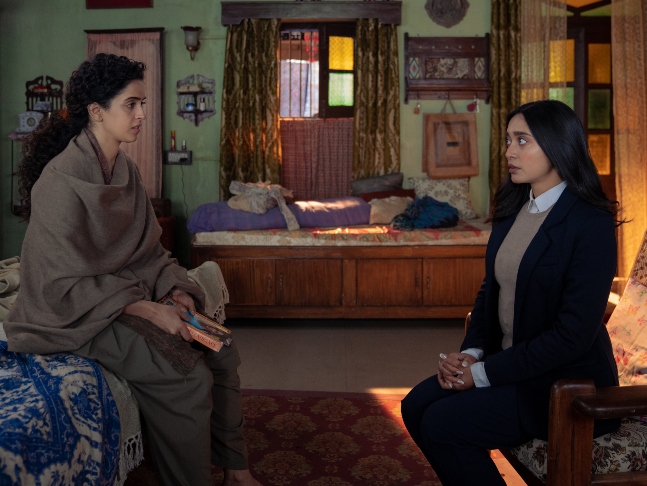 Pagglait takes place over 13 days of mourning. It travels from the point where people sympathised with Sandhya to criticising her for accepting Rs. 50 lacs insurance money that Astik left behind. But is she really hungry for money? Let Pagglait decode it in 1 hour 54 minutes.
Pagglait is a simple tale of a middle-class family who is still caught in age-old traditions and beliefs. Director Umesh wastes no time in coming to the point. Right from the first frame, we are introduced to different characters whom we have met in our families, neighbourhood and society. From considering the term ‘periods’ as a taboo term to not allowing a Muslim to participate in Hindu rituals, most of the common societal issues are tackled in a brief span of time. Though the journey of Sandhya’s growth is highlighted, it is her surroundings that bring maturity to her decisions. 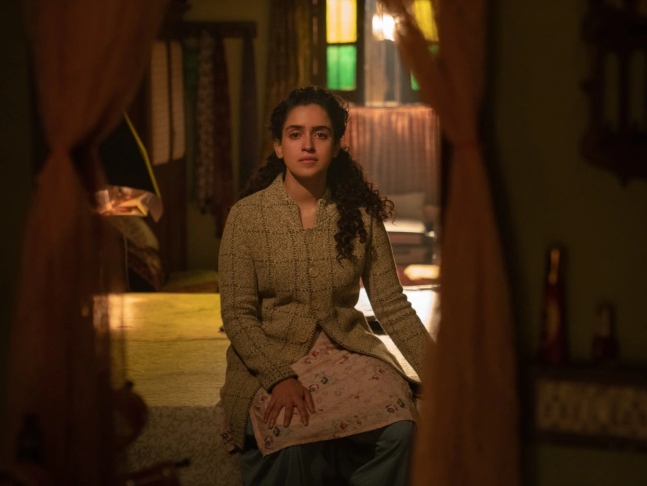 Umesh serves a heartwarming film about how women are called pagglait when they start making decisions independently and match shoulders with men when it comes to taking care of the family financially. However, the humour takes a dip after a point in time. The little nuances fail to work and the film loses its fizz pretty early. Though certain scenes are terrific, like doorbell belting out 'Ooh La La', which isn't the most appropriate song in the given situation.

Umesh has indeed focused on making Sandhya’s character detailed and gave all the attention it to. However, he missed out on the other interesting characters like Nazia and Akanksha who are left out abruptly. Too little information about Astik’s parents and the internal problems in the family dampen the story and the emotions associated with the characters. Despite flaws, the director took the risk to tell an untold story. It will definitely start a conversation about how widows also have the right to choose their own paths and lead a dignified life. Breaking societal shackles, Umesh highlights that if a woman decides, she can become the ‘man’ of the house. The director gives a befitting reply to a society obsessed with marriage. Sanya is the hero of Pagglait. She carries the sensitive film on her shoulder and delivers an endearing act. She emotes Sandhya’s longing to find love, respect and independence beautifully. Her Sandhya is insecure, broken from within and fights a battle against the society that calls her a pagglait. As Sandhya, Sanya brings a certain lightness to the character in the initial days after the demise of her husband by calling for Pepsi and a packet of chips. She even recalls a childhood incident when she cried over the death of her cat but can't do so after her husband passes away. At this point, the actress shows that how Sandhya is unable to understand how to overcome her grief. Here, the problem she is facing is new to her and nothing like the one she has faced before. She identifies that she has to take control of her own life.
Ashutosh and Sheeba are effortless as Astik’s parents. It is their silences that speak the most. Sayani gives her best in a cameo. But her character graph suffers the most as she falls short on-screen time, leaving us wanting more of the terrific actress that Sayani is. Shruti, Raghubir and Rajesh shine in brief roles. The rest of the ensemble cast including Natasha Rastogi, Meghna Malik, Sharib Hashmi, Aasif Khan, Jameel Khan, Sachin Chaudhary and Nakul Sahdev are good too. However, with too many characters, it becomes difficult to connect with. Albeit, there are certain instances that warm the cockles of your heart. Scenes like the men of the house having a drink on the terrace in the middle of the night to the women cracking a joke on Sandhya and her mother are somethings that stay in your mind. It highlights that life doesn't stop post death in the family and one will return to normalcy to overcome the pain and grief. 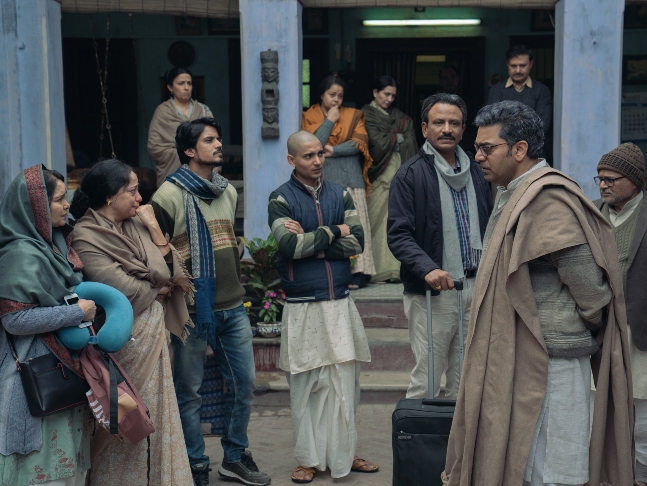 In Pagglait, the supporting characters are equally important to showcase how death in the family changes nothing. From Astik's uncles drinking alcohol secretly on the terrace to his younger brother smoking, the family apart from the parents remain unaffected. Also, we get to see relatives fixing Sandhya's second marriage with Astik's cousin. Kudos to Umesh for reflecting the reality with the help of a stellar cast.

Arijit Singh, who steps into the shoes of the music director, is a magician. The music is subtle, impactful and soothing to the ears. Director of Photography, Rafey Mahmood brings Lucknow’s bylanes to life on the screen. The hustle-bustle of the Giri household, the calm when Sandhya meets Akanksha and the protagonist’s moment of freedom are captured well. A special mention to the nicely-staged sequence we see when Astik's brother is doing the last rites and Sandhya bites into panipuris. 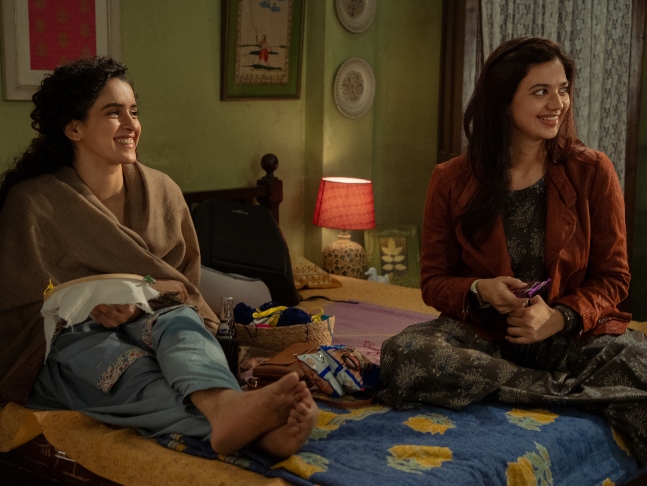 Pagglait could have been Umesh’s masterstroke but it lacks the punch and humour to make it an easy-breezy watch over the Holi weekend. Watch it for Sanya’s lovable act. 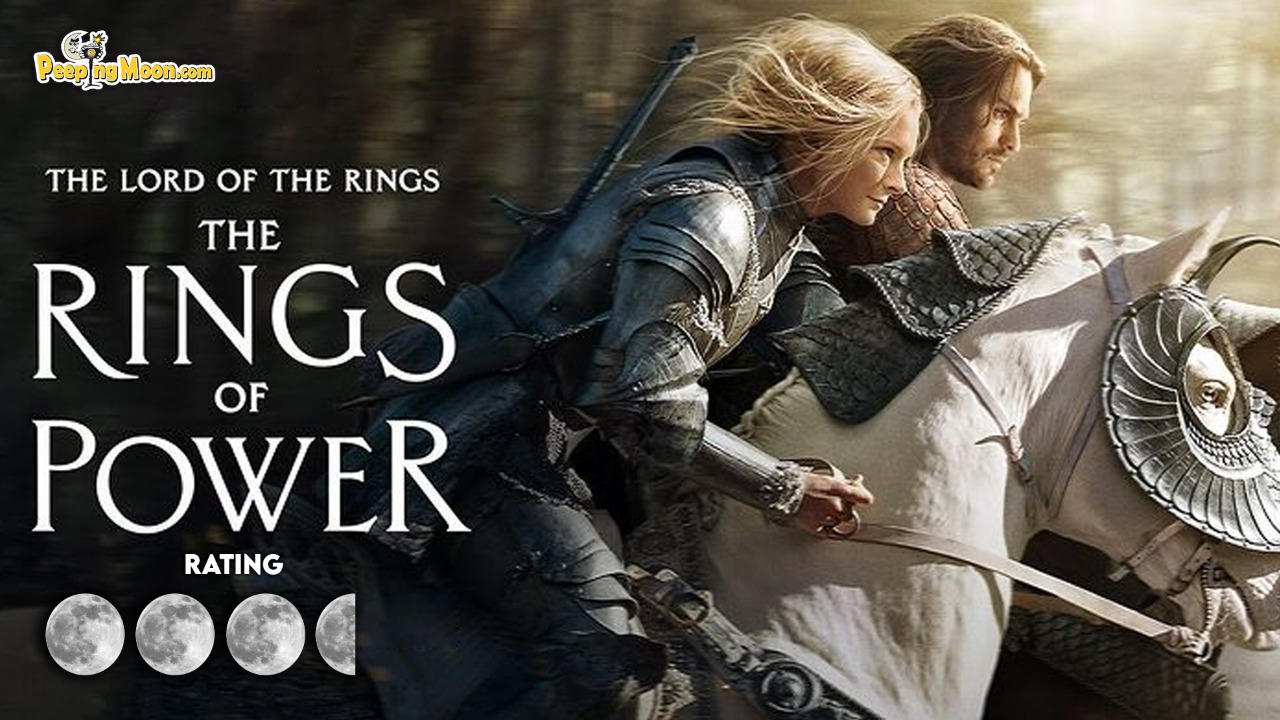 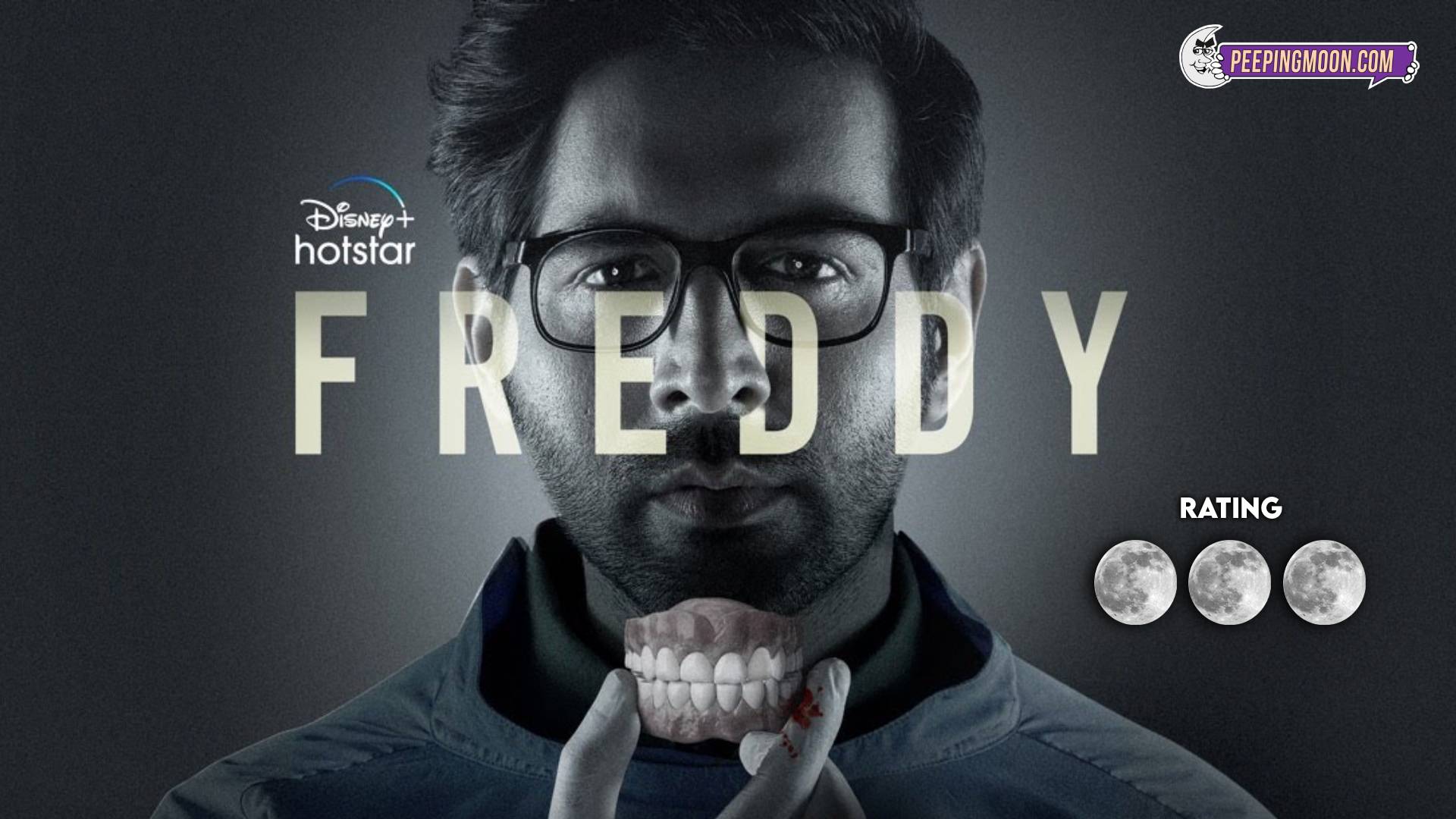 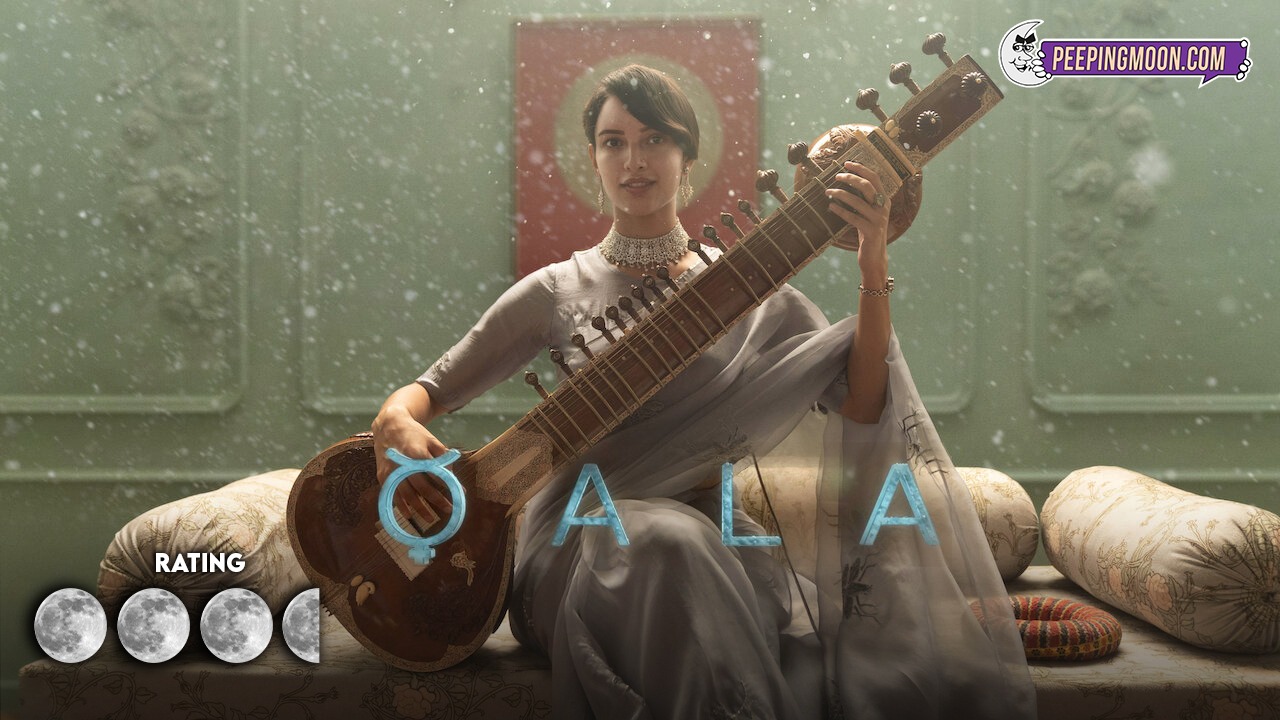 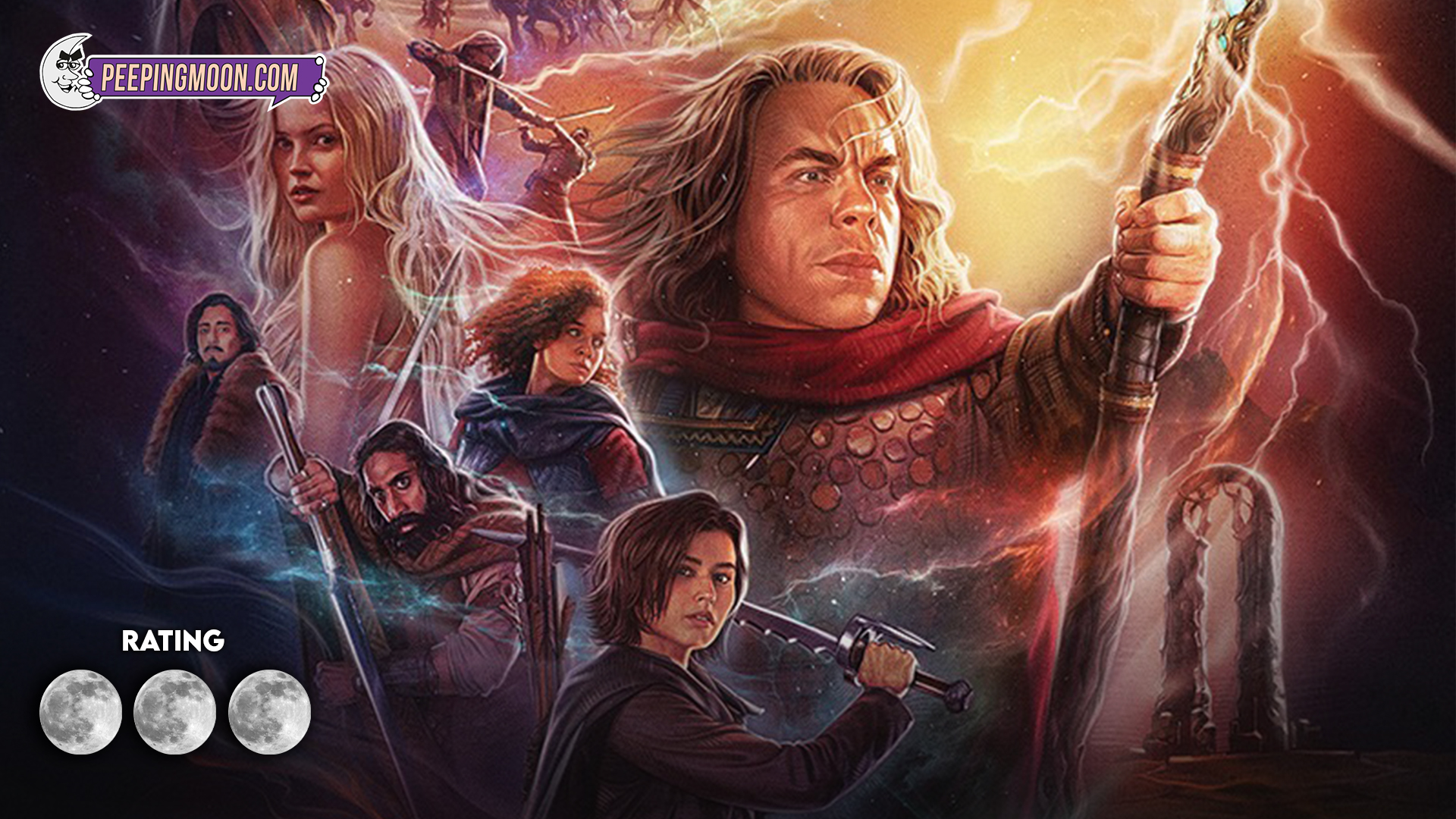