There is something deliciously delectable for screen adaptations based on William Shakespeare’s works, and if the play in question is Macbeth then it naturally becomes more interesting and exciting. Director Dileesh Pothan’s film Joji takes its macabre storyline from the popular literary work and roots into Malayalam modern day milieu with such finesse that it is difficult to come up with a negative point.

Joji is a crime romp that is brilliantly entertaining. It is a dark comedy set in the beautiful pineapple plantation of an influential patriarch, Kuttapan PK Panachel (played by PN Sunny) who lives there with his three sons, a daughter-in-law and a grandson. Kuttapan holds the family reins with an iron grip and infuses toxic masculinity in his household. He is a buff, muscular man who is disgusted by everyone who is less powerful than him, in this case his entire family who seem a bunch of nincompoops to him. His draconian hold is so powerful that when he suffers a stroke, his youngest son Joji (Fahadh Faasil) seeks his permission before touching the car keys to rush him to the hospital. 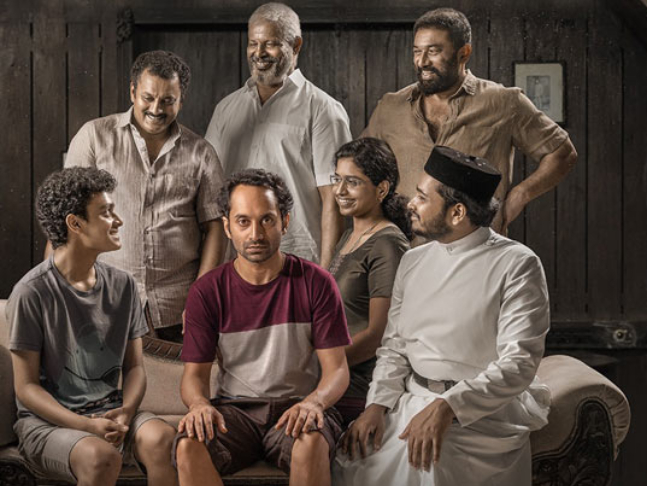 Kuttapan’s distrust of his sons is not unfound and illogical. His eldest son Jomon (Baburaj) is an impulsive person who took to alcohol after his divorce. He lives with his son Popy (Alister Alex). Kuttapan’s second son is Jaison (Joji Mundakayam) is the more placid one who lives with his wife Bincy (Unnimaya Prasad). Fahadh (playing the titular Joji) brings the last of the family, is the meek, good-for-nothing youngest son for whom Kuttapan’s dislike is the most apparent. Kuttapan’s stroke changes the entire family dynamics. Since he can no longer call the shots, it unleashes the beast in everyone bringing out their true colours.

Joji is that masterclass in acting and direction where it seems nothing is happening on screen, but there is always something that goes in the background and underneath the surface of the actors’ demeanour. Their subtle and minimal expressions bring coherence and depth to the narrative. Scriptwriter Syam Pushkaran does an amazing job of constructing a wholly original world where self-interest and money define all relationships. The family with all its financial clout is still concerned about the talk of the town and the behaviour and habits of the clan are minutely etched out after Kuttapan’s stroke.

Fahadh Faasil and Unnimaya Prasad are simply brilliant in the film. Fahadh’s Joji is a scared loser, too much in love with his bed and blanket with no real purpose in life. However, as the film progresses his character transforms subtly as well. Beneath his gaunt, non-threatening exterior there is a plan for his betterment and comeuppance. 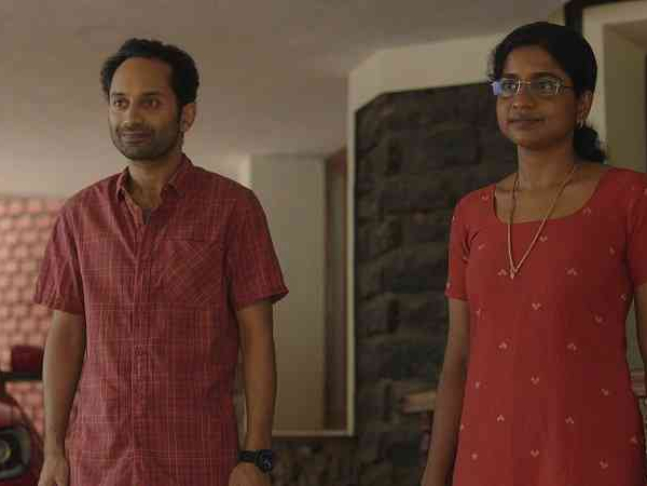 On the other hand, Unnimaya is another standout performance as the disgruntled daughter-in-law who wants to break free from the backbreaking and thankless household chores. She is almost an ally of Joji and cast superbly in the role of Lady Macbeth.

However, the film does not belong only to Fahadh or Unnimaya. The rest of the cast are equally imposing and brilliant. Jomon, the hotheaded first born is played impeccably by Baburaj. Joji Mundakayam as the responsible middle son Jaison superbly enacts the role of the eternally ignored and overlooked offspring, while Alister Alex’s restrained performance convey a lot of meaning. In fact, the film’s biggest asset is its ensemble cast that delivers a stellar performance. 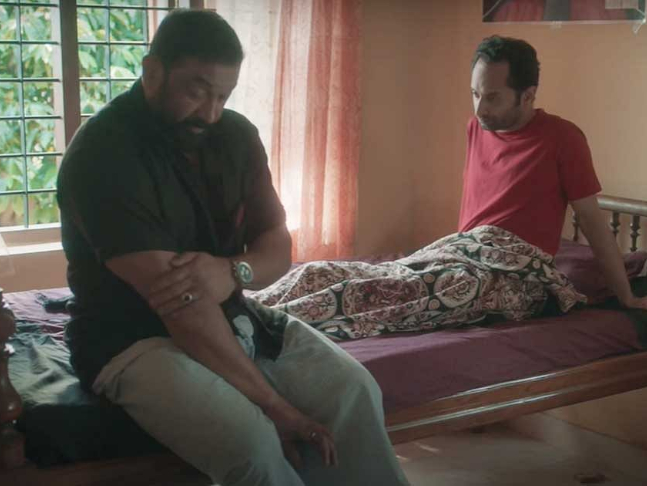 Shyju Khalid’s cinematography and Justin Varghese’s music adds credibility to the story and the film. The violin score by Justin helps in gauging what the characters feel in the film. Dileesh Pothan has scored a hattrick with Joji with dollops of realism, wry humour and a zany energy that you won’t mind hanging with these characters even when the film feels a bit long. Joji is a character study of how far humans can go in pursuit of a better life.