“Baccha humara, pet uska,” says an American couple to an Indian driver Bhanupratap (Pankaj Tripathi) as they explain to him the term of surrogacy and their need for a surrogate. John (Aidan Whytock) and Summer (Evelyn Edwards), the American couple are touring India in search of a healthy and beautiful surrogate. Bhanupratap, who was just their driver, is trusted with the responsibility in exchange for Rs 5 lacs.

While John and Summer reject Bhanu’s first choice, they get instantly attracted to Mimi (Kriti Sanon) after they see her for the first time during her dance performance. Mimi, hailing from Rajasthan, is a Param Sundari who wants to earn money to fulfil her dream of becoming an actress in Bollywood. Bhanu, the middleman in the surrogacy drama, convinces Mimi to become John and Summer’s child’s surrogate mother. He informs her that the American couple is ready to offer her a fat sum of Rs 20 lacs to carry their baby in her womb. Greedy for money to fulfil her star-studded dreams, Mimi accepts the offer without thinking much about the future, baring her ‘figure’. As Mimi begins to enjoy the changes in her that come with pregnancy, John and Summer learn from the doctor that the unborn child isn’t mentally strong and has a disability. They inform Bhanu about their decision of not accepting the child. The conflict and circumstances affect Mimi adversely.

What follows next establishes the fact that to become parents, one doesn’t need to give birth to a child. Will John and Summer change their minds? Will Mimi accept the child with a deformity? How will motherhood shape her life? Director Laxman Utekar and writer Rohan Shankar answer these questions in 2 hours 12 minutes with a dash of humour. 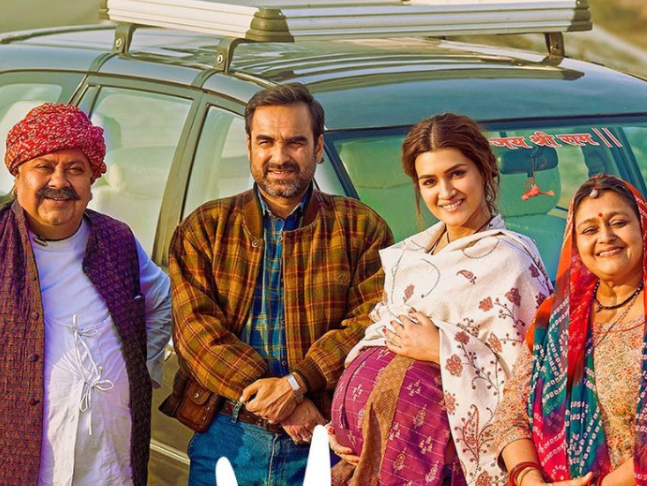 Inspired by the critically acclaimed Marathi film Mala Aai Vhhaychy by Samruddhi Porey, Mimi has all the elements required for a blockbuster entertainer. Director Laxman, who directed Kriti in Luka Chuppi, tackles sensitive subjects like motherhood, surrogacy and adoption with great detailing. But, not to forget the generous dose of humour injected. With writer Rohan, Laxman got deep down into the skin of how a woman feels when she is carrying a piece of her heart in her womb. Laxman will make you laugh in one breath and emotional in the very next.

Delivery good news early, Laxman’s plan of driving away Monday Blues perfectly worked in the film’s favour. Mimi strikes the right balance and is a concoction of delicious and seasoned flavours. Kudos to Rohan for hilarious dialogues that will surely crack you up. Understanding what a mother goes through isn’t a mean feat but he has excelled throughout. Kriti Sanon as Mimi is the driving force of the film. She showcases the journey of Mimi to motherhood like a veteran and masters every nuance. Without sounding fake, she gets the typical Rajasthani accent right. It is not an easy job to play a mother on screen at a young age, but Kriti proves that everything is possible if you put your heart and soul into it. Kriti carries the film on her shoulder (and in her belly) and has set the benchmark high.

A huge round of applause for Kriti for taking up a film like Mimi and owning it. If Kriti is the heart, Pankaj is the heartbeat. He effortlessly infused humour into the script. Nobody can pull off a character like Bhanupratap better than Pankaj. Teaming up with Kriti, he makes Mimi a thorough entertainer that can be watched with the entire family.

Renowned Marathi actress Sai Tamhankar lives up to the expectation. While the characters of Mimi show certain shades of selfishness, Sai’s Shama is a kind-hearted person who has been through hardships. We wish she had a longer role to play. 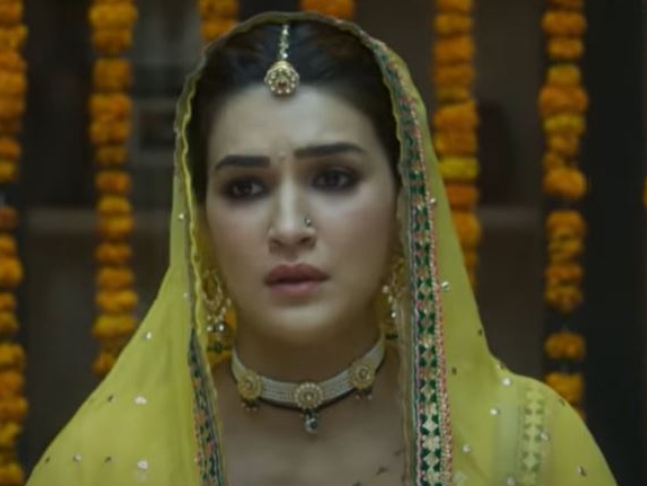 Manoj Pahwa and Supriya Pathak are excellent as Kriti’s parents. They lend great support to the story. Evelyn Edwards as Summer deserves a round of applause for her effortless performance. Firang, as we say in Bollywood, are generally stereotyped and are criticised for their unreal Hindi accent. But, Evelyn wins hearts, and so does  Aidan Whytock. Special mention to Jacob Smith who played the role of Raj beautifully, adorably too.

A R Rahman's music enhances Mimi and sets the mood right. Songs like Param Sundari and Rihaayi De are the best renditions that fit well with the narrative. Editor Manish Pradhan could have reduced Mimi by around 5-10 minutes. Keeping minor hiccups aside, he did a commendable job at the editor’s desk. Director Of Photography Akash Agarwal captured Rajasthan in his lens beautifully. The song Param Sundari and the hospital scene during Mimi’s delivery was simply stunning, visually and narrative-wise too.

Mimi ticks off all the brackets that make a film heartwarming, entertaining and a blockbuster watch. Aimed at families, Mimi is a well-made film in which every character leaves a strong and long-lasting impact.