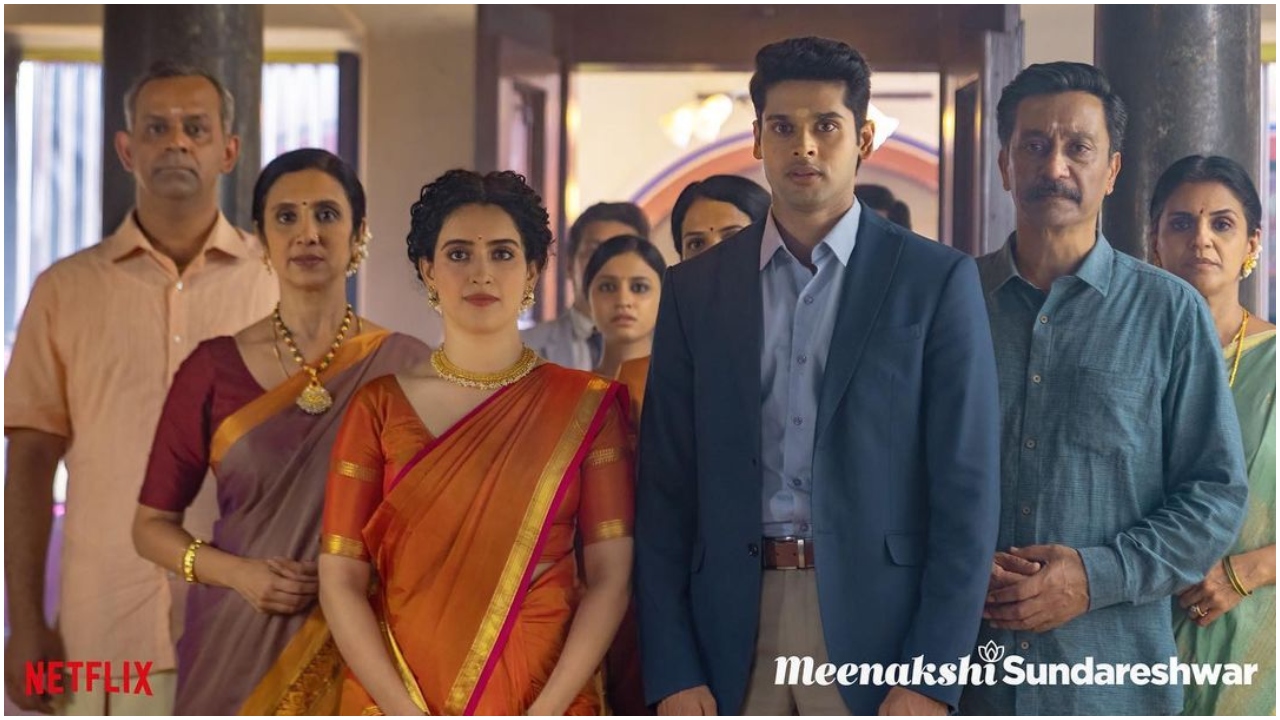 While being in a long-distance relationship comes with its own set of problems, it can also get exciting if maintained properly. And that is exactly what we see in Sanya Malhotra’s and Abhimanyu Dassani’s much-anticipated film Meenakshi Sundareshwar. Directed by Vivek Soni, the film is about a newly married couple dealing with their fragile long-distance relationship. The Netflix film appealingly presents how two newlyweds face the hassles, hiccups and hilarity that arise when forced to live apart due to an unique job prospect.

Set against Tamil culture, the 2-hour 21-minute film begins with an arranged marriage meeting between superstar Rajnikanth fan Meenakshi (Sanya Malhotra) and coding lover Sundareshwar (Abhimanyu Dassani). The two gel up well in their first meeting only to realize that Sundareshwar’s family entered the wrong house while Meenakshi was expecting someone else. However, because their names Meenakshi Sundareshwar match the name of the famous Madurai temple of Lord Shiva and Parvati, their families agree to get them married. 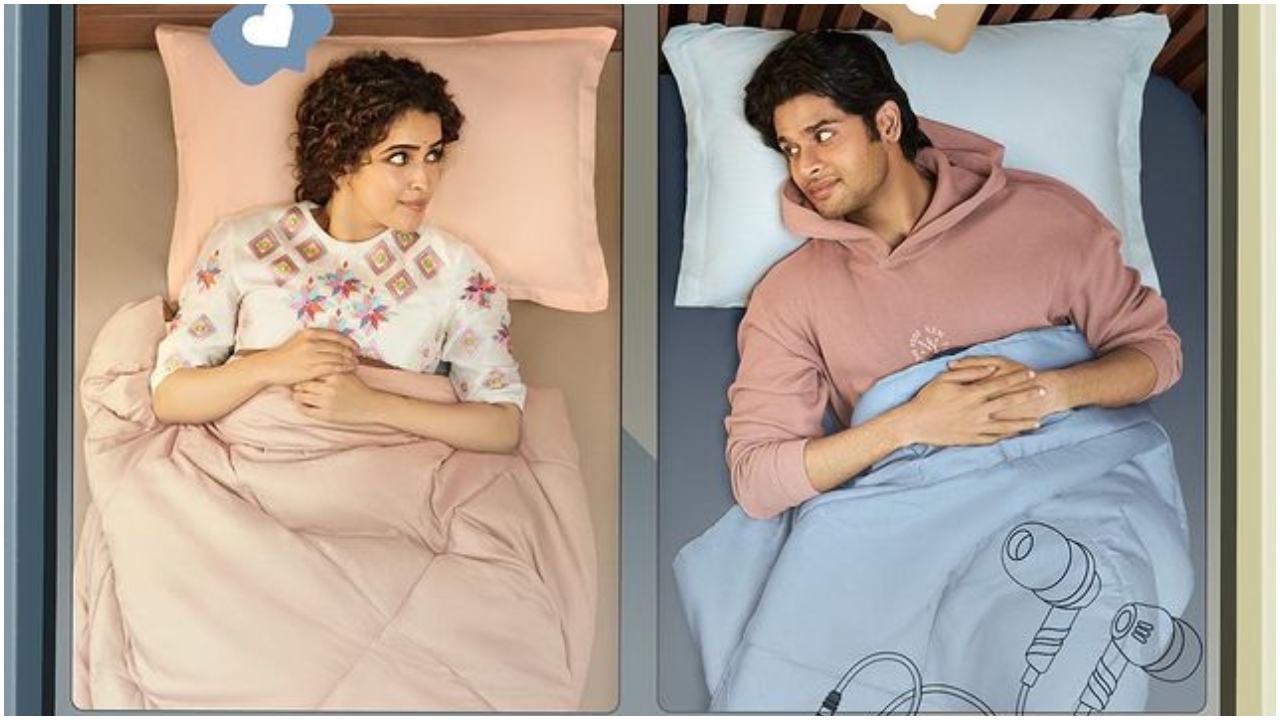 And soon after their wedding, when Meenakshi and Sundareshwar are expected to enjoy their honeymoon period, Sundar lands a job in Bengaluru while Meenakshi stays back in Madurai with her in-laws. The film then narrates the journey of the relationship as they learn to adjust to long-distance married life. Despite several ups and downs, how Meenakshi and Sundar manage to keep the spark alive in their long-distance marriage is what makes their story fresh and heartwarming.

What’s best in the Vivek Soni directorial is that the romantic comedy gives a glimpse of the on-screen couple’s insecurities, bickering, flaws, and dissimilarities but all in an extremely subtle manner, highlighting the heartwarming love story of Sanya and Abhimanyu at all times. But the winner of the film has to be the way it has been presented. Despite being set against Tamil culture, there is no stereotyping in the film, the way we have seen in several other Bollywood films. The accent is not changed and the usage of Tamil is little. Of course, there are cliché Rajnikanth and banana chips references but all have been planned in an effortless manner. 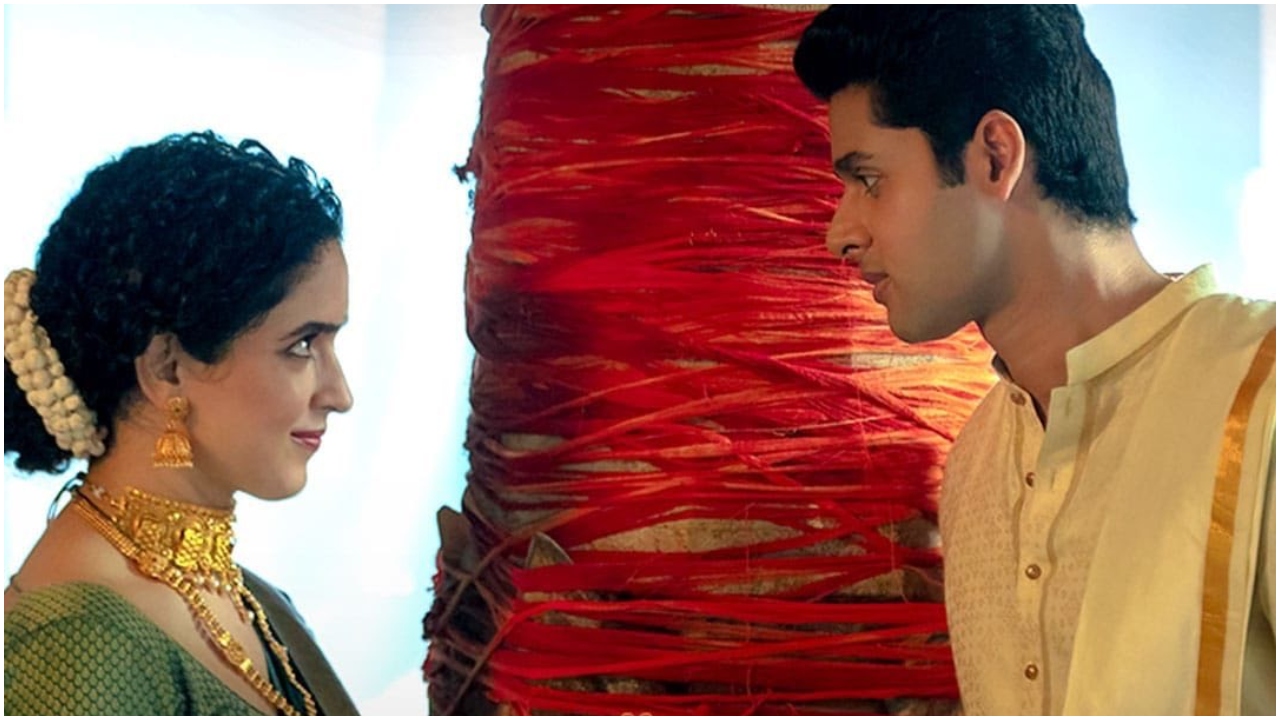 Abhimanyu’s second film after his debut Mard Ko Dard Nahi Hota, Meenakshi Sundareshwar brings out the best in him. As a simple Tamilian boy struggling hard to keep his wife happy, Abhimanyu does his job well. What’s even better is that the actor blends well with his character. With no forceful accent or look, Abhimanyu is extremely relatable in the film, especially for all millennial boys out there.

Sanya puts her best acting foot forward as well. Her part is near-perfect and offers a new perspective to the film. However, what steals the show is the way Sanya gets into her character to shut her Attai for her ‘50-year-old’ thinking and takes a stand for herself. Sanya and Abhimanyu look made for each other, their chemistry is flawless and adorable. The supporting cast includes a list of prominent actors. Purnendu Bhattacharya, Ritika Shrotri, Shivkumar Subramaniam and Sukesh Arora – all have special roles to offer.

Filmmaker Vivek Soni’s direction in his debut moves at a decent pace. Written by Vivek and Aarsh Vora, the storyline of the film is smooth with not many characters being involved. Music by Justin Prabhakaran is an add-on in the film. Cinematographer Debojeet Ray captures South India efficiently, focusing on tiny details. And to top it all, Prashanth Ramachandran’s editing does the magic. Watch Meenakshi Sundareshwar to witness a celebration of marriage and love because ‘engineers make the best husbands’!

Never Have I Ever Season 3 Review: Mindy Kaling and Maitreyi Ramakrishnan present a crisp series with romance and love as its focal point

I Am Groot Review: Vin Diesel and Bradley Cooper’s miniseries present a hilarious take on the adventures of ‘tree of few words’