The much awaited sequel Hocus Pocus 2 to Disney’s 1993 film Hocus Pocus has premiered on Disney+ after 29 long years. The original Hocus Pocus film followed the antics of the Sanderson sisters (Winifred, Mary and Sarah), three witches who died in Salem, Massachusetts, in the 1600s, when they are unwittingly resurrected by a teenage boy, Max (Omri Katz) in 1993. In Hocus Pocus 2, the sisters are back to finish off their quest of seeking vengeance on Salem and return to the world permanently. In 2022, 29-years after the events of the first film, the Sanderson sisters are resurrected again unknowingly to cause chaos and mayhem in Salem. However, this time around they are pitted against three high-school students who must work together to stop them from seeking out their revenge.

Hocus Pocus 2 is a delightfully nostalgic tale. Although the first part was not a box office success it received tremendous traction and became a cult film when rediscovered by the audiences for home viewing during Halloween. The sequel follows Becca (Whitney Peak), a high-school student and aspiring witch who accidentally conjures the Sanderson Sisters on her birthday with her friend Izzy (Belissa Escobeda). Becca and Izzy are tricked into performing the conjuring magic by Gilbert (played by Sam Richardson), the owner of the Olde Salem Magic Shoppe, the former home of the Sanderson Sisters as he is a big fan of them and saw their return way back in 1993. Tony Hale plays Jefry Traske, the Mayor of Salem and father of Cassie (Lilia Buckingham, the third friend) who is taken as the mortal enemy of Sanderson sisters as he is a descendant of the Reverend who banished the sisters in 1600s. 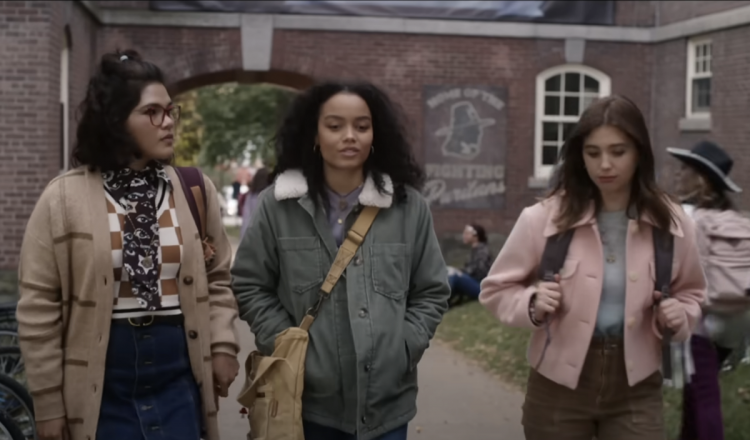 Bette Midler, Kathy Najimy and Sarah Jessica Parker are bang on cue when it comes to reprising their roles. They don’t miss even a single beat and commands the scene with their impeccably funny and over-the-top performance. The Sanderson sisters are delightfully evil, spooky, funny as well as loveable in their own ways and hold your attention throughout the film. The trio do not miss even a single cue and it is spellbinding to see them together again. However, their impeccable performance is let down by a weak script that just fails to cast any spell on the audience. 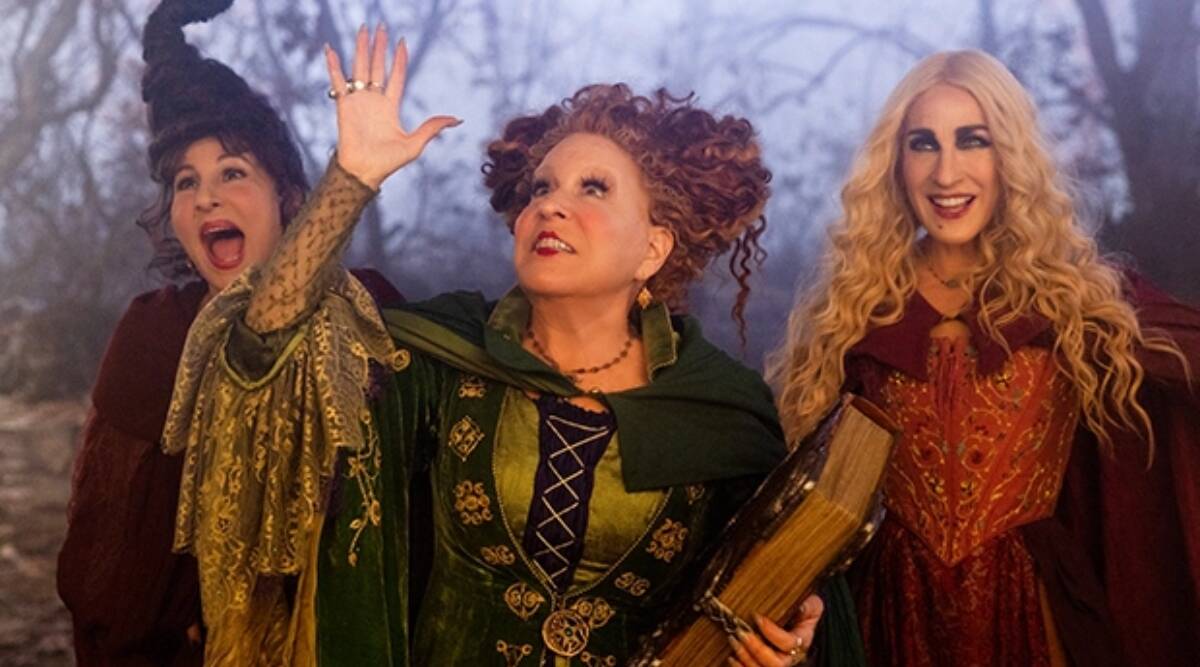 The sequel does not overshadow the original but employs fresh humour in a simple yet heartwarming story about friendship and sisterhood. The young actors Whitney Peak, Lilia Buckingham and Belissa Escobeda also do a commendable job matching the acting caliber of the veteran stars. Doug Jones reprises his role of Billy Butcherson from the original film and has his own motive to dispel the rumour of being Winifred Sanderson’s boyfriend. Sam Richardson and Tony Hale bring the laughs with their roles.

Anne Fletcher’s direction could have been crisper and taut. The script writted by Jen D'Angelo’s fails to rise above the mundane. The film imparts the important lesson that a witch is nothing without her coven and neither do we amount to anything without our friends.

Hocus Pocus 2 is a film that has laughs and nostalgia and will probably become the new Halloween favourite all because of the lead star cast’s bewitching performance but does not give them the material they deserve.